What Is Critical Race Theory?

Critical race theory has become a focus of conservative legislation, often with little understanding of its meaning and history. 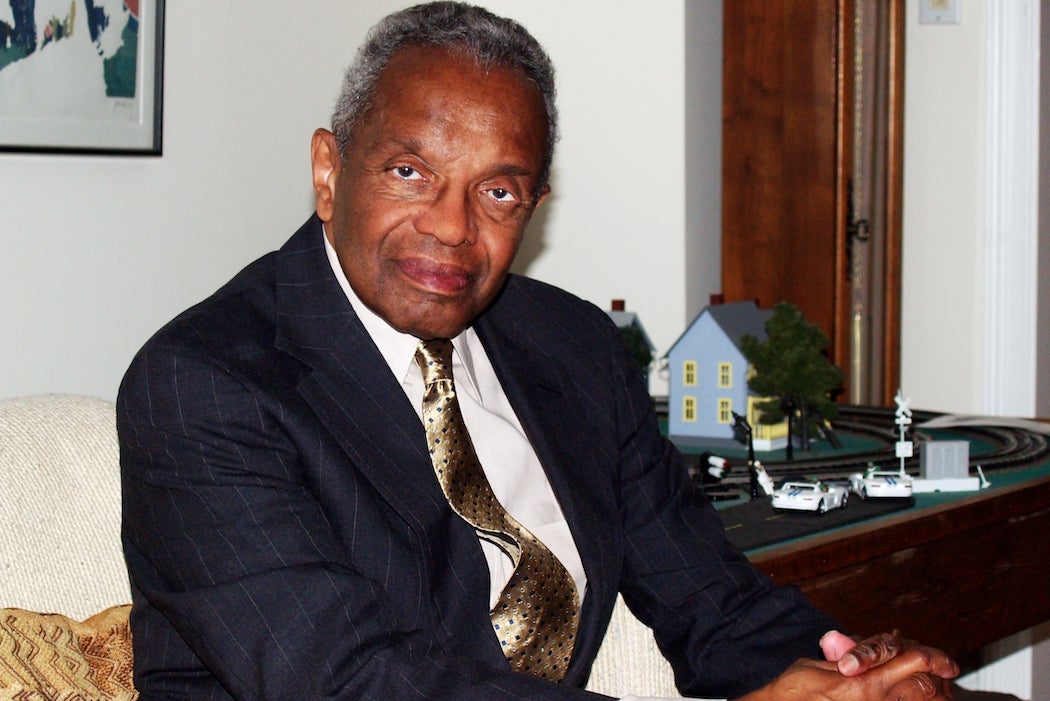 According to the watchdog Media Matters, Fox News had by the fourteenth of July 2021 mentioned “critical race theory” about 1,900 times in a brief period of only 3.5 months. When Donald Trump was president of the United States, Fox News inspired him to issue an executive order censuring “critical race theory” in federal diversity seminars. Eight states have passed legislation against “critical race theory,” including Idaho, Oklahoma, Tennesee, Texas, Iowa, New Hampshire, Arizona, and South Carolina. Twenty additional states have introduced, or plan to introduce, anti CRT-laws. Texas House Bill 3979 goes so far as to ban any attempt to claim that slavery and racism are not “deviations… from the founding principles of the United States.”

The problem with these laws is that critical race theory has often evaded definition. It seems to be a catch-all term for any focus on structural racism. But what is CRT exactly? It began as a sharp and unique, albeit marginalized, school of thought within legal studies. As a body of thought, or even a legal movement, it brought together various scholars who interacted, debated, and very often disagreed with each other using a set of shared theoretical propositions: most importantly, that from the mid-1970s to late 1980s, it became apparent that civil rights legislation had failed to bring about the structural changes it promised.

This shared realization, to these lawyers in training, indicted the narrative of progress that many Americans believed in. The idea that civil rights legislation failed to bring about structural change also led to raising a question that Texas House Bill 3979 hopes will become criminal even to ask in public schools in 2021: Was it possible that racism had always been present as an operating principle in a country that declared itself to be founded on the idea that all men were born equal, even as those men owned Black slaves?

As a school of thought, CRT was pioneered by thinkers such as Derrick Bell, Kimberlé Williams Crenshaw, Patricia Williams, Cheryl Harris, Richard Delgado, and Mari Matsuda. Derrick Bell’s concept of interest-convergence, which is the idea, according to NPR, “that black people achieve civil rights victories only when white and black interests converge,” helped usher in the theoretical principles that underpinned the works of other critical race theorists. Those theoretical principles also include the ideas of unconscious racism and retrenchment.

At a time when many dismissed legal scholar Herbert Wechsler’s complaints against the neutrality of the Supreme Court in the 1954 case of Brown v. Board of Education (which led to the end of state-mandated segregation in public schools), Derrick Bell, an anti-racist legal scholar at Harvard, surprisingly took him seriously. Wechsler argued: “If the freedom of association is denied by segregation, integration forces an association upon those for whom it is unpleasant or repugnant.” Bell was inclined to agree. To Bell, the Supreme Court directly intervened against the right of people to associate with whom they wish, for political, and not necessarily constitutional, purposes. There was, in Brown, no newfound realization that the Republic had failed to understand its past. Something else was going on. To Bell, Wechsler was suggesting a “deeper truth about the subordination of law to interest-group politics with a racial configuration.”

Freedom of association would be sacrificed only when these racialized groups found that, at a certain point in history, the cultural, political, or social context allowed for their interests to converge. This is the concept of interest convergence.

Bell’s pathbreaking work on Brown dedicated a mere two sentences to a key concern that the post-Brown era posed:

The Court has increasingly erected barriers to achieving the forms of racial balance relief it earlier had approved. Plaintiffs must now prove that the complained-of segregation was the result of discriminatory actions intentionally and invidiously conducted or authorized by school officials.

This was Bell’s concern: that some actions are racist by consequence even if by intention they are not.

Charles R. Lawrence III sought to address the issue. In his 1987 article on the subject, Lawrence summons a character that was quite familiar during the civil rights era: the white moderate who was not explicitly racist, only accidentally so, who, with a slip of the tongue, seeks to compliment by saying, “I don’t think of you as a Negro.”

In 1976, the Supreme Court reached a decision, Washington v. Davis, that required plaintiffs challenging racial discrimination to prove that their complaint was rooted in a racist intention. What Charles R. Lawrence III wanted to ask was: what if it isn’t racist in intention, but is racist by consequence?

Racism was a set of codes, qualities, and ideas we implant onto an arbitrary characteristic: a person’s skin color.

“The diagnosis is difficult,” Lawrence wrote, “because our own contamination with the very illness for which a cure is sought impairs our comprehension of the disorder.” To address this, he turned to psychologists, and particularly to psychoanalysts influenced by Freud. Lawrence defined racism as “a set of beliefs whereby we irrationally attach significance to something called race.” He was adamant that it wasn’t just white people who were racist. We are all racists. Racism was a set of codes, qualities, and ideas we implant onto an arbitrary characteristic: a person’s skin color. “Few of us can recall the color of our best friend’s eyes, but when we pass a complete stranger on the street, we will remember his race.”

The danger of this unconscious racism is that those perpetuating it often don’t know that they are. In one’s thought process, there is the unfiltered thought based on race, then there is the intentional filter that criticizes it, modifies it, or rejects it. Finally, it comes out of one’s mouth as a conscious thought. It passes from the Id, is filtered through the Ego, and is spoken aloud. When one makes a Freudian slip, like Lawrence’s friend who insisted that he was not like other Blacks, something has interrupted that secondary process. Should unconscious prejudice not be considered in the anti-discrimination laws?

Kimberlé Williams Crenshaw has been clear that she believes a backlash is taking place right now, in the aftermath of the global protests against the police killing of George Floyd. That is the reason, in her view, why there is an institutional campaign against critical race theory. When she authored “Race, Reform, and Retrenchment” (Harvard Law Review (1988)), she believed a similar process was taking place.

At the time, Reagan had just been elected, and theorists from all sides of the political spectrum were questioning the post-Brown moment. On the conservative right, there were those like Thomas Sowell who believed that civil rights lawyers and activists, realising that their vision “was fought and won,” were now moving away from demanding equality of treatment under the law to “a demand for equal results notwithstanding genuine differences in ability.”

To Crenshaw, Sowell’s view was a sophisticated version of an earlier justification for a normative vision of white supremacy—even if propounded by a Black person. The idea, quite simply, that whites were genetically superior to blacks had been supplanted by one that claimed whites were culturally superior instead. In either case, she believed, this view was racist: based on a set of stereotypes that are imposed on Blacks, who necessarily become the other that Americans should strive against.

For Crenshaw, at a time when critical legal scholars should have been focusing on racial domination, they ignored it. She suggested that, to understand the Reagan moment, one must recognise that “race consciousness” was always central to American politics. Even if a moment of interest convergence might happen, eventually white supremacy will try to retrench itself with a vengeance. For instance, the first reconstruction—to take an example Crenshaw didn’t use—lead to Jim Crow.

There was, according to Crenshaw, a silent pact between a white underclass and a white overclass that Blacks would always be at the bottom of the hierarchy. When she saw that attacks on affirmative action were using the same normative principle of equality before the law that won Black people rights, she could reconcile what seemed to many a contradiction.

What she was witnessing was a retrenchment of white supremacy, after a brief window of progress in Black civil rights. “To the extent,” Crenshaw wrote, “that anti-discrimination law is believed to embrace colorblindness, equal opportunity rhetoric constitutes a formidable obstacle to efforts to alleviate conditions of white supremacy.” In many ways, she argued, colorblindness only reinforced white supremacist politics and culture.

The political scientist Adolph Reed Jr. on the Black Lives Matter movement, the “rich peoples’ wealth gap,” and his Marxism.