You’ve heard about all the microscopic plastic in our water supply. But did you know there are ways to limit how much you ingest? 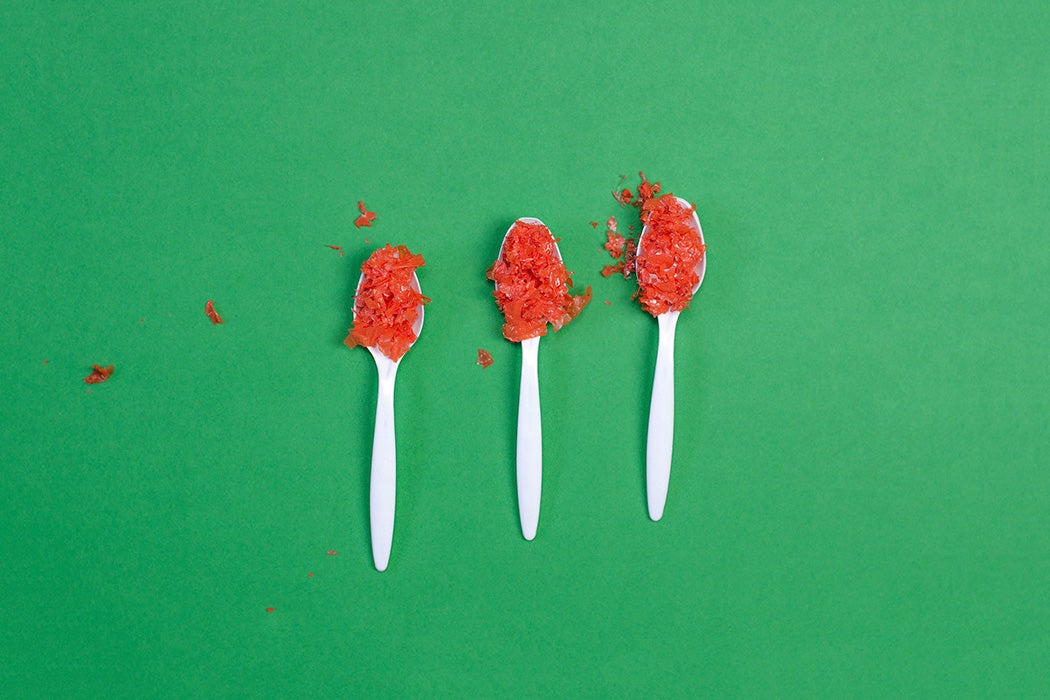 Welcome to JSTOR Daily’s Detox Series, in which we consider how we can limit our exposure to common chemicals scientists deem unsafe. Last week, we looked at fire retardants in milk.

If you are drinking coffee while reading this story, you’re likely ingesting a few micrograms of plastic. The same is true if you’re drinking tea. Or if you’re eating cereal, chicken soup, or anything made with water. Regardless where that water came from, chances are it brought some microscopic plastic particles with it. You may not see them floating around your coffee cup, but when these microscopic particles are heaped up, the piles look shockingly plentiful.

A recent Reuters infographic titled “A plateful of plastic” serves as a stark reminder of how much plastic we actually eat. According to that story, we ingest about five grams of plastic every week—a spoonful that weighs about as much as a bottle cap. Every month we swallow an equivalent of five casino dice—or about half a rice bowl. At the end of the year it totals half a pound—or a heaping dinner plate. And after 10 years, we each consume over five pounds of plastic—the equivalent of a standard life buoy. How much over the course of our lifetime? About 44 pounds total.

To date, humans have produced 8.3 billion metric tons of plastic—or 25,000 times the weight of the Empire State Building. About 8 million tons of it washes into the oceans every year, where it doesn’t biodegrade—because its large polymer molecules were designed to last forever, and they do. Instead, bigger plastic objects break down into smaller, microscopic fragments, littering marine ecosystems from deep ocean sediments to polar icecaps. And as they float down the rivers and into the ocean these miniature fragments come back to us with the water we consume.

Although this plastic isn’t immediately poisonous, it has been shown to have detrimental affects on living organisms. Plastic molecules are endocrine disruptors—they mimic certain hormones present in humans and animals, interfering with reproductive systems. One study showed that when marine oysters lived in waters polluted with microscopic plastic for two months during their critical reproductive cycle, they produced fewer eggs and had slow swimming sperm. The larvae of these plastic-affected oysters also grew slower than normal. When exposed to environmentally relevant levels of plastic in its food, fish named Japanese medaka experienced liver stress and signs of endocrine disruption. Even for smaller marine organisms, reduced reproductive or growing success is a recurring theme after chronic exposure to microplastics. Planktonic copepods exposed to plastic-laden water, would eat less—and reproduce less. Lugworms raised in plastic-containing sediment, ate less and had only half of the normal energy reserves stored in their bodies. Even microbes aren’t spared. Marine bacteria Prochlorococcus, which produces ten percent of the oxygen we breathe, grows slower than normal because plastic pollution changes its gene expression. Humans also experience the deleterious effects of microplastics—numerous studies have linked bisphenol A (BPA)-containing plastic to health issues. But even BPA-free plastics can mimic human hormones, and may be just as harmful.

With tons of plastic debris floating in the ocean, our water supply is already tainted. Is there anything we can do to clean up our tap water? Several companies claim that their tested filter technologies can sieve out microplastic from the water we drink. For example, LifeStraw filter comes in a variety of forms, including a pitcher and TAPP attaches to water faucets. Ironically, both systems use at least some plastic components—it seems unavoidable.

In the short-term such filters can diminish the amount of plastic in our diets. But the only way to truly reduce plastic pollution worldwide is to eliminate single-use plastic, develop better recycling solutions, and make biodegradable alternatives. 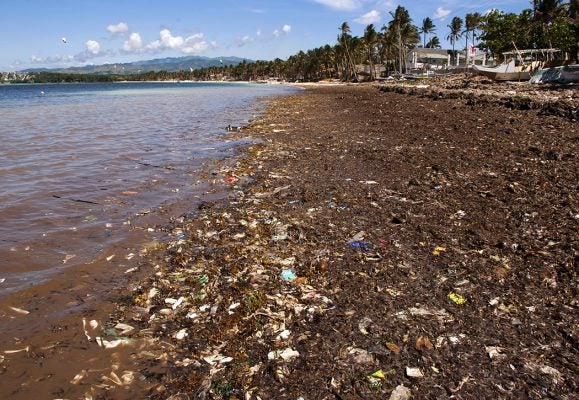