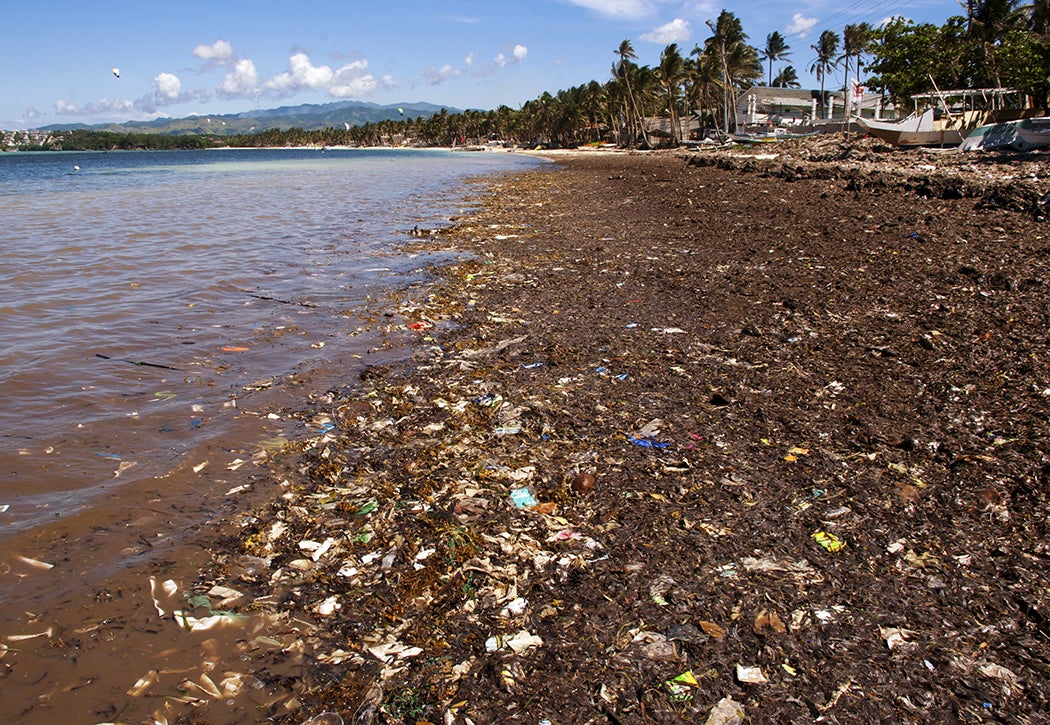 Digging in beaches on remote Kamilo Point, HI, geologists have discovered a brand new, anthropogenic type of rock they’re calling “plastiglomerate.” Composed of plastic bits, grains of sand, and volcanic rock, plastiglomerate is formed when campfires melt tiny fragments of plastic in the sand, setting off chemical reactions that combine the plastic with the sand and rock fragments. Don’t blame careless campers, though, or litterbugs. The real origin of plastiglomerate lies with the sheer overwhelming abundance of plastics in the oceans.

Anyone who has ever taken part in a beach cleanup has witnessed this phenomenon. Within hours after a beach is cleared, debris reappears, carried by the incoming tide, and within weeks it’s back to status quo. Sadly, it’s not just popular, heavily trafficked beaches that suffer this fate. Even some of the world’s most remote shorelines in Antarctica are full of junk too. That’s because plastic circles the ocean for months or years, caught in large oceanic currents called gyres, and spreads far and wide across the planet. The gyre that brings the plastic to Kamilo Point, at its other end dumps plastic debris on West Coast beaches. These large circulating plastic masses are found in all of the world’s oceans and are colorfully known as Great Garbage Patches.

Most of the plastic comes from land sources, washed to the sea from landfills, off trucks, etc., although marine sources such as ship garbage and fishing gear account for a fair amount as well. Once in the ocean, the impact of this debris on marine life is devastating and extensive—from drowning or strangulation of marine mammals to starvation caused by the ingestion of plastic. Plastic chunks even help spread destructive invasive species between continents. And that’s just the larger pieces—after months or years in the gyres, plastics break down into tiny invisible pieces, releasing biologically harmful chemicals into the ocean and spreading even farther.

Which is why plastiglomerate is so insidious. The plastic is burned because it is unavoidable—the pieces are too abundant, tiny and interspersed with sand to avoid. The combination of plastic and campfires makes plastiglomerate the first rock that is 100 percent human in origin, and may serve as the geologic calling-card of our species and our time on this planet. The researchers found plastiglomerate not just on the surface but buried beneath the sand, suggesting that the rock is not only being formed but is being actively deposited in the geological strata. It’s a disturbing thought, indeed, that the defining legacy of humans on Earth might not be our monuments or our great works of literature, but melted, deformed bits of our garbage. 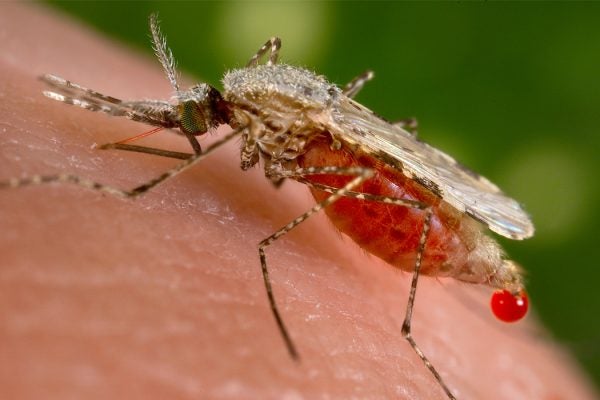 Mosquitoes: The Science Behind the Pests

Why do mosquitoes bite some people more than others? How you smell to a mosquito affects how much you're bit.