Wanting to Believe In Rainmakers

A form of entertainment and outgrowth of desperation, self-styled rainmakers allowed the powerless people of the Great Plains to seemingly take action. 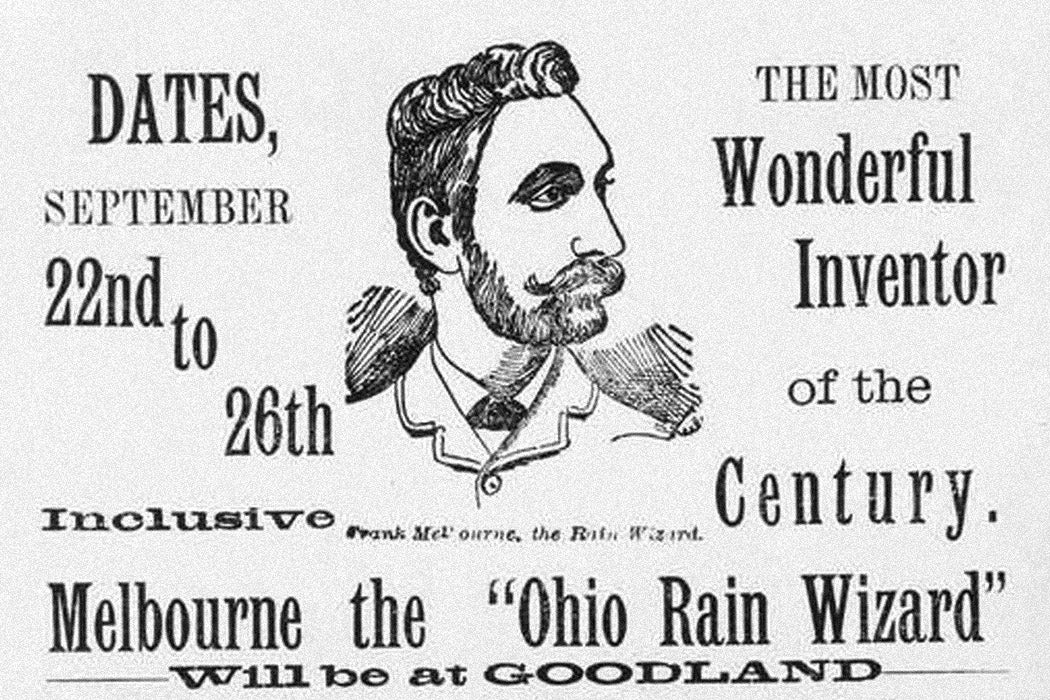 An unusually wet period heralded a farming boom on the Great Plains in the 1880s. Wheat grew in an environment that early explorers said was too marginal, too arid for it. But the world market was hot with demand for grain, and the immigrant-settlers were told that “rain followed the plow,” that cultivation itself would inexorably transform the climate. It didn’t quite work out that way.

“The Great Plains was a region on the edge,” notes scholar Julie Cartwright, “hovering from year to year and from decade to decade right on the cusp of the possibility or denial of the very stuff of life—water. Some years were good, others were desperate…”

The drought of the 1890s was desperate. It was, continues Courtwright, the first “serious drought since Euro-American settlers had pushed beyond the hundredth meridian ‘dry line.’”

Devastating for families and communities, the drought gave rise to a phenomenon of rainmaking frauds. There was, writes Courtwright, a “complicated hybrid of sincere belief in science and confidence games,” as con artists fanned out through the Plains promising to make it rain, for a fee, for people who wanted to believe.

Some religious people, with faith in other things, thought rainmakers were doing the Devil’s work.

Frank Melbourne, for one, got the town of Goodland, Kansas, to raise $500 for him in 1891, payable upon rain. He received $10 a day just to keep him from going—with the mysterious chemicals he released into the atmosphere from the privacy of a railroad car or sealed building—to Topeka. 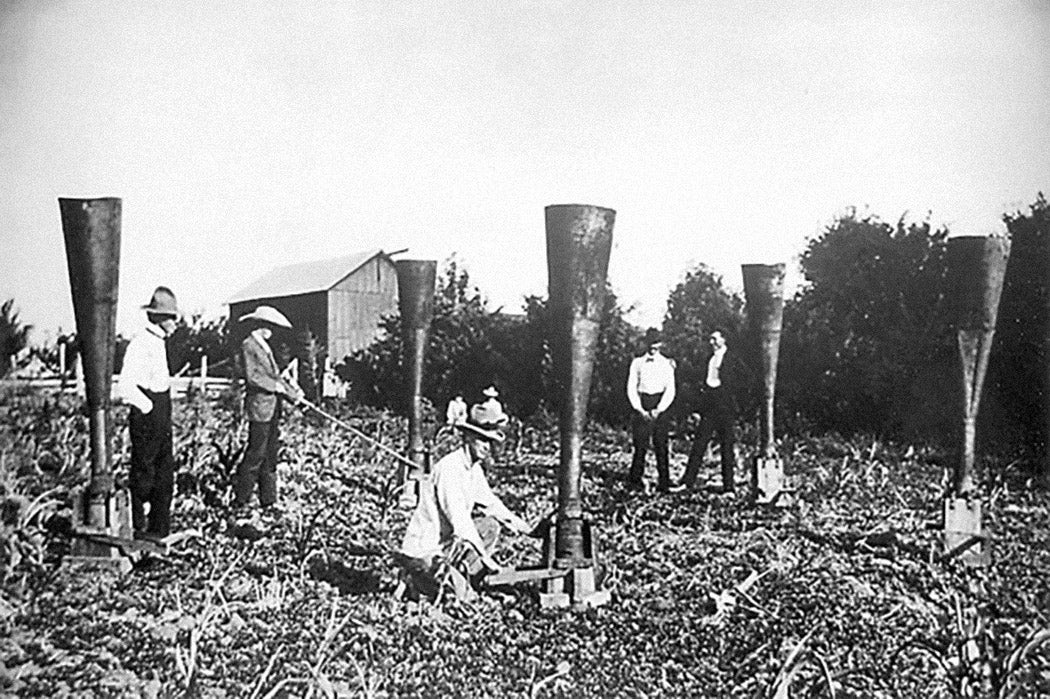 Melbourne’s failure to make it rain in Goodland probably changed few opinions. Those who said, “Humbug!” couldn’t prevent grandiose talk of a new contract for him: “twenty thousand dollars to produce rain in forty counties covering over a million acres.”

Putting faith in rainmakers “reflected larger insecurities about agriculture in a marginal environment,” writes Courtwright. She positions rainmakers in the optimistic belief system of settlers who thought they could transform the arid West into something like the well-watered East. They thought they could do so by plowing, by planting trees, even by laying railroad tracks and stringing telegraph wires, which, as electrical conductors, were said to cause thunderstorms.

“We know that Kansas is the best next year country that a man ever struck,” declared an Omaha editor in 1896. Rainmakers helped “farmers grab hold” of that future promise, that next year, even after earlier promises failed.

“The need to believe was also a reaction to powerlessness. Doing something, even just standing watch over a self-professed rainmaking confidence man at a county fair, was better than doing nothing.”

“Such actions both reflected and sustained community solidarity,” notes Courtwright, “a comforting emotion for those caught in a powerless situation.”

As it happened, rainmakers followed both indigenous and European traditions. Upper Missouri Mandan rainmaking ceremonies, for instance, lasted until it rained: “the rainmaker on duty when the skies opened reaped great rewards and prestige.” The Secretary of Agriculture funded rainmaking experiments in Texas between 1890–92 that involved sending dynamite up in a balloon, since loud concussion noises had been said, at least since Plutarch, to bring rain. The man charged with running these experiments was named Dyrenforth, but the press, which initially misreported great success, soon began calling him “Dry-henceforth.”

“Next year country” actually came about, though. It was ground water irrigation that kept the Great Plains going as a breadbasket, not weather-wizards or the cloud-seeders who followed them. Water extraction from aquifers like the Ogallala, which stretches from Wyoming and South Dakota to New Mexico and Texas, boomed after World War II. Center-pivot irrigation systems transformed the nation’s grid-pattern land division into circles of green. 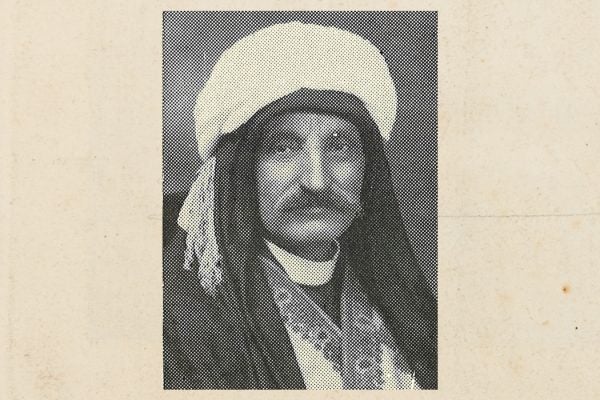 Between the 1850s and 1940s, a charity scam worked a collection circuit of Evangelical Christians in least five hundred towns across eighty countries.