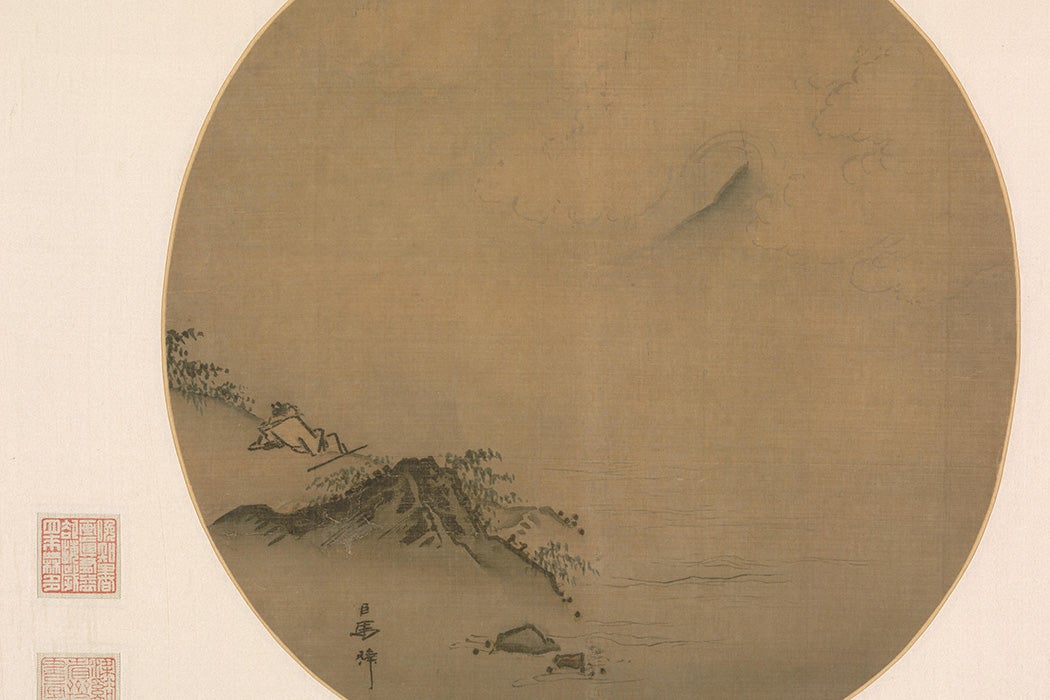 Wang Wei (699–751 AD) has often been called “the Buddha of the Poets.” Sparse invocations of empty mountains, reflected light, and echoes of voices permeate his poetry, which centers almost exclusively on nature. According to Rafal Stepien, an expert on Chinese literature and philosophy, Wei’s poetic impulse sprang from a deep engagement with Buddhist ideas, particularly the concept of emptiness.

Emptiness arises from the “Buddha’s observation that there is no inherent, unchanging, independent self.” In other words, the self is empty in that it is entirely conditioned by external forces. There is no you or me in a vacuum. Wei’s own school of Buddhism, known as Chan (or Zen, as it is more commonly referred to in the West), extended this notion beyond the self, to also contain the perceptible world in its totality. In this view, all phenomena that take place in reality—from flowing water and sunlight to the twittering of birds—are empty.

Rather than engage in self-expression and verbosity, Wei opts for absence and scarcity.

How did Wei transfigure this religio-philosophical belief into poetry? The answer lies in silence. Stepien explains that the Chan school “traces its origins to the Buddha’s ‘Flower Sermon’ on Vulture Peak Mountain, in which the Buddha, rather than discoursing, is said to have simply held up a flower.” In response to this gesture, one of his disciples smiled, “thereby acknowledging his understanding of this teaching outside the realm of speech.” Independence from language thus became a centerpiece of Chan Buddhism.

Stepien quotes the critic Wai-lim Yip fittingly labeling Wei as “the quietest poet in Chinese and perhaps in all literary history.” Rather than engage in self-expression and verbosity, Wei opts for absence and scarcity. In this manner, his use of natural imagery encourages a “silencing of self.” Consider a translation of “Deer Enclosure,” written sometime in the eighth century:

Empty mountain, no man is seen.
Only heard are echoes of men’s talk.
Reflected light enters the deep wood
And shines again on blue-green moss.

As Stepien points out, the poem expresses a self that is “present only in the sense that it bears selfless witness to the manifestation of the equally empty phenomena surrounding it.” Unlike Western philosophy, which, according to Stepien, was marked “from its very outset by the disjunction” between the mundane and the transcendental, the Chan Buddhist “synthesis of the equivalent notions (of Samsara and Nirvana, respectively)” allows for a marriage of the self and the natural world—through “the very notion of emptiness.”

The relationship between Chan Buddhism and poetry in Wei’s work illustrates the powerful interplay of philosophy, religion, and literature during the Tang Dynasty. Its reverberations would extend far beyond China. From modernist Ezra Pound to Beat writer Kenneth Rexroth and ecologist Gary Snyder, Wei’s paradox of silence has influenced how other poets view and write about the natural world.