Viral Videos and the Presidential Campaign

How do viral videos shape a presidential campaign? How do voters learn to “read” the art and advertisements they are seeing? Learn more from our scholars. 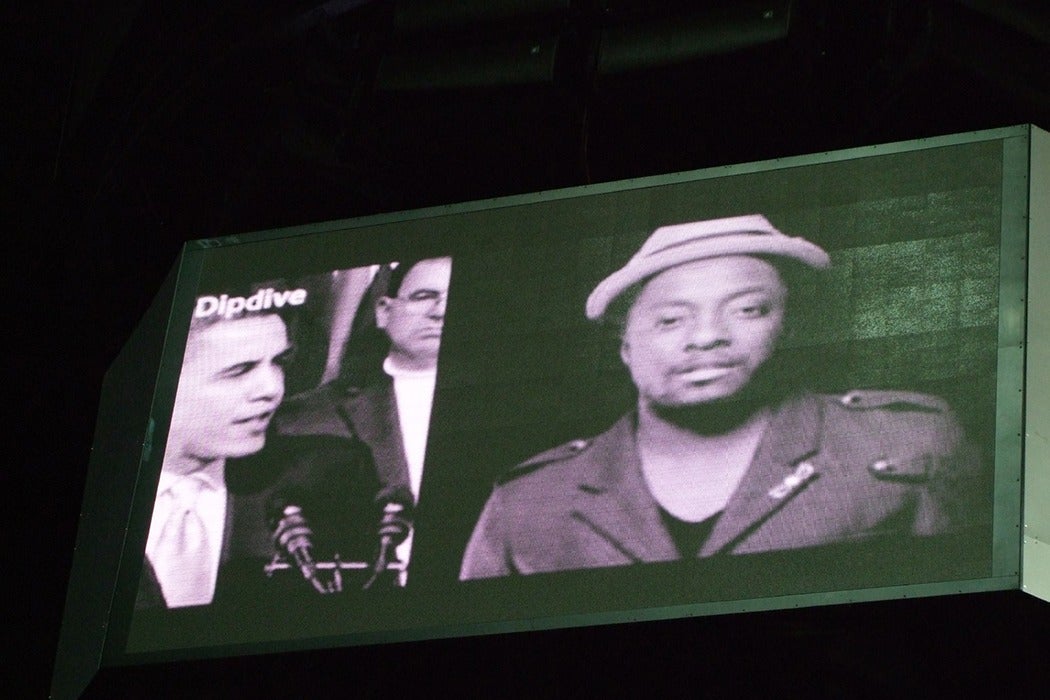 The "Yes We Can" video at an Obama rally in Houston, TX, 2008
via Flickr user Trey Muñoz
By: Ellen C. Caldwell
3 minutes
Share Tweet Email Print

During election season, consumers (i.e., voters) see a barrage of videos, images, signage, stickers, and other campaign merchandise, touting the benefits of one candidate or disparaging the other. And in our increasingly technophile world, voters are now also bombarded with web clips, tweets, viral videos, and other social media messaging.

Jim Granato and M.C. Sunny Wong studied political advertising in 2004, looking at the “dynamic” phase of election campaigning when voters are still changing their minds, and studying the point of crystallization when voters choose a candidate.

Granato and Wong argue that crystallization is extremely fragile, so during the campaign season, “informational shocks” can alter voter decisions. They found that keeping consistent messaging (without any damaging surprises amidst the campaign trail) helps to assure crystallization of a candidate, after which “political campaign advertisements are ineffective.”

Seven years later, Carol Vernallis considered how viral web videos—specifically Yes We Can and Barack RickRoll’d from Barack Obama’s 2008 election campaign—offered just the sort of “informational shock” that altered voter decisions. Will.i.am’s Yes We Can video was created in response to Obama’s loss of the New Hampshire primary, went “very viral,” and is now considered by many to be “the most influential political video” of the campaign. Emphasizing what she calls “new-media literacy,” Vernallis considers intertextual clips from Obama’s campaign, providing close analytical reads of videos like the Yes We Can and Barack RickRoll’d YouTube sensations, considering both their aesthetic appeal and reach.

As Vernallis noted in 2011, the study of viral web media is still new. Scholars are only beginning to understand its impact, particularly in politics. “Though there are no metrics yet for gauging the influence of audiovisually based web media, we do know that people today view more media content online than on television, and that during the 2008 election, 88 percent of all voters went online for political information.”

This online shift was something that Obama’s campaign embraced, and his campaign is often cited as the game changer in successfully using the internet during an election. Vernallis looks outside of campaigns to viral videos which are not necessarily affiliated with any official messaging. In describing will.i.am’s highly influential Yes We Can video, she notes, “[i]t was the first time a political clip went ‘very viral,’” winning an Emmy and Webby award and having a viewership of 26 million at the time of the election.

In her analysis of the video, Vernallis notes how unexpected details and purposefully simplistic storytelling—such as the minimalist black and white video and textual counterparts—leaves viewers questioning and wanting more, thereby increasing repetitive viewing, sharing, and popularity.

Vernallis ends with a call-to-action for voters, arguing that training voters as educated consumers and audiovisual readers is necessary during this phenomenal shift from text-based to audiovisual-based culture. “A call may arise for a democratic, audiovisually based culture in which citizens have skills for reading sounds and images—like the ability to grasp the aims of producers and the cultural histories of a video’s sources and a way to engage in participatory audiovisual politics. This could form the ‘next chapter of the great American story.’”

We asked JSTOR Daily readers what books they remembered most from childhood. Mrs. Piggle Wiggle is one of them.