Thoreau’s time at Walden Pond has provided substantial data for scientists monitoring the effects of a warming climate on the area’s plant life. 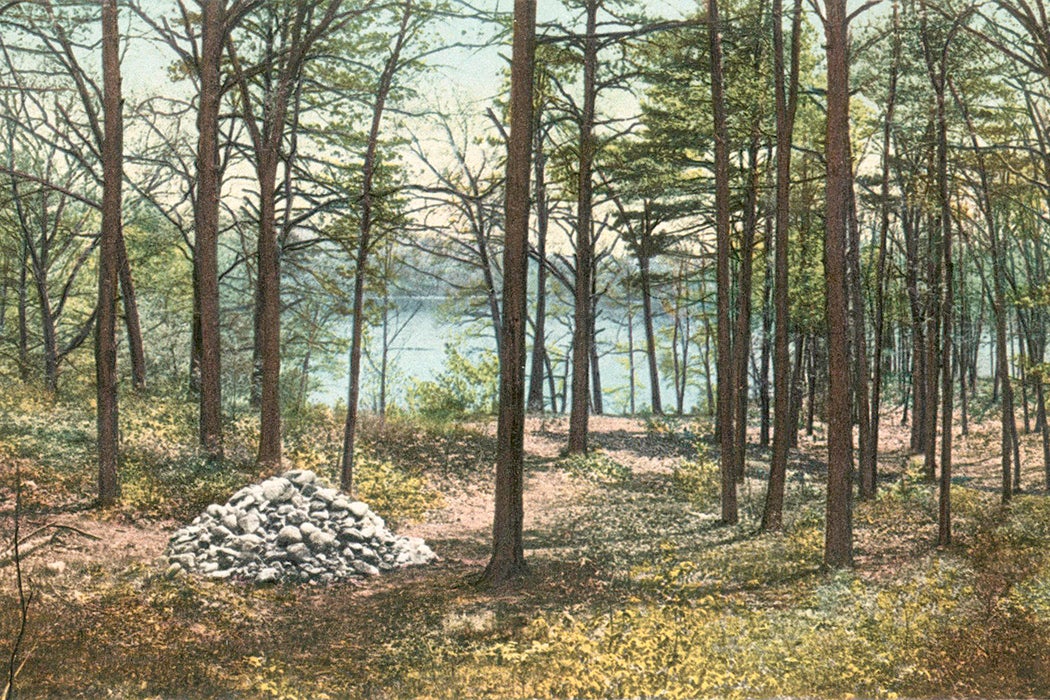 Walden was more than a thought experiment. During Henry David Thoreau’s contemplative time by the pond, he recorded countless observations on spring flowering and bird arrivals. These notes are the backbone for a recent study that examines how the area surrounding Walden Pond has been gradually impacted by climate change.

In a 2016 study, a team of scientists from Boston University examined Thoreau’s records and compared them to their own leaf-out (dates on which leaf buds begin to open) and spring flower notes from the same area, showing how citizen science can help scientists better understand how climate change is impacting ecosystems worldwide.

Thoreau noted when flowers bloomed, when trees showed buds and leaves, and when birds returned after winter.

Walden Pond is located 20 miles west of Boston in the town of Concord, Massachusetts. Thoreau set up his cabin in 1845 in the forest alongside the shore of the pond, seeking to “live deliberately”. Among the writings from his time there were detailed naturalist observations. Thoreau noted when flowers bloomed, when trees showed buds and leaves, and when birds returned after winter. All of these events indicate the arrival of spring in New England.

These observations have more significance than simple notes from a nature writer’s journal. Write the authors, “[Few] people are aware that warming from anthropogenic climate change is affecting when leaves appear on trees in the spring and when they change color and drop in the fall. Even fewer people appreciate how much these changes are affecting insects, birds, whole ecosystems, and even humans in many important ways.”

The research team identified tree and shrub species that Thoreau had taken notes about, then monitored when these species produced leaves. Before the study, the researchers did not expect to see a drastic change because these species were well-rooted and protected by the canopy in this location. However, after monitoring for five years they found that these species were universally leafing out approximately 18 days earlier than Thoreau had recorded.

Specifically, increased temperatures have led to these changes. With every 1-degree Celsius increase in temperature, plants in Concord leafed out around five days earlier than before. The greater Boston area has warmed approximately three degrees since Thoreau took those notes, and climate change continues to intensify.

Plants are sensitive to changes in temperature; warming temperatures signal that it is time to produce leaves. These spring changes could have lasting ramifications to wildlife, carbon balances, and species survivorship. In particular, animal species may not be able to adapt to these changes in time, and miss out on vital food sources.

The authors warn, “Species will likely balance these challenges differently, with some succeeding and outcompeting their neighbors, and others failing to adapt to new physiological challenges.”

Part of what makes this particular study so valuable is the vast amounts of data available, and the authors conclude that similar initiatives should continue today. More data can only help conservationists and managers adapt to these changes. “Together, we can work toward a better understanding of these important processes.”