Tomatoes, once believed by Americans to be poisonous, became an unquestioned staple of a healthy diet thanks to doctors and popular cookbooks. 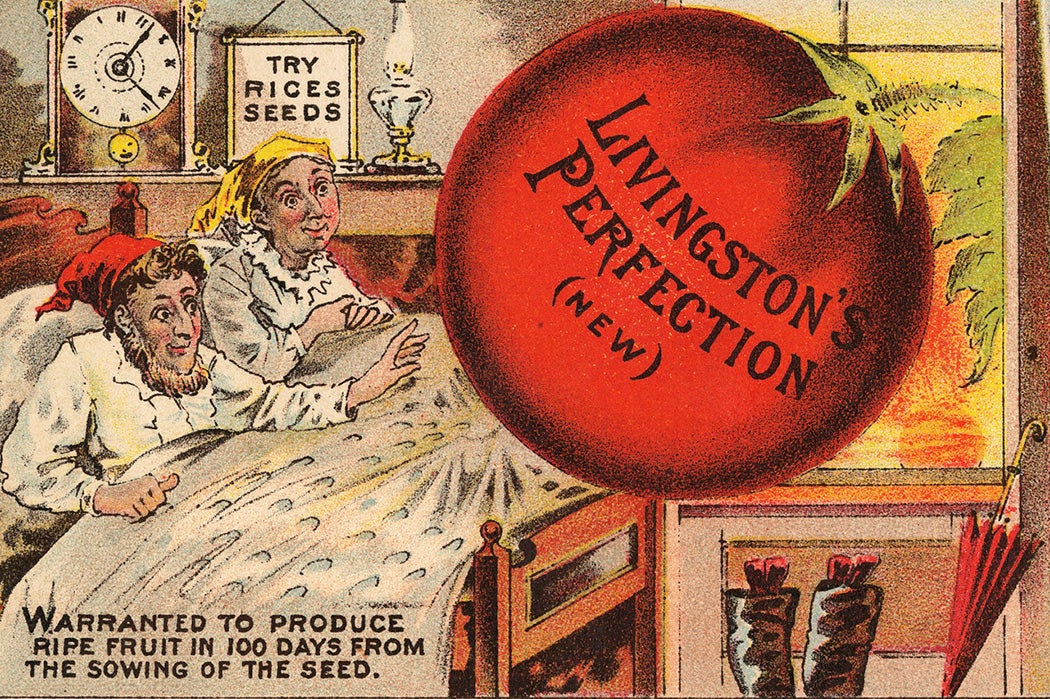 What could be more summery than a caprese salad or a BLT with tomatoes fresh from the garden? Today, we revere the tomato for its flavor, but, as culinary historian Andrew F. Smith explains, when tomatoes first caught on in the US, it was largely because of their alleged health benefits.

Smith writes that tomatoes were grown in the southern colonies of what would become the United States in the early eighteenth century, but mainly as an ornamental vegetable. Up until the 1820s, many Americans believed they were poisonous—or at least unappealing as a food.

It was physicians, many of them trained in continental Europe where tomatoes had become an accepted dish, who popularized the savory fruit. The most tireless tomato promoter was Dr. John Cook Bennett, operator of a traveling medical diploma mill in the Midwest. He claimed the fruit could treat diarrhea, soothe indigestion, and protect travelers to the West or South from “the danger attendant upon those violent bilious attacks to which almost all unacclimated persons are liable.” He urged people to eat raw tomatoes and also offered up recipes for tomato sauce, fried tomatoes, tomato pickles, and tomato catsup.

Bennett claimed that a “thorough study” of ancient texts had proved that the tomato was indigenous to all parts of the world—something later research would definitively disprove.

Smith shares some of Bennett’s distinctive views on the tomato plant. Bennett claimed that a “thorough study” of ancient texts had proved that the tomato was indigenous to all parts of the world—something later research would definitively disprove. He also opposed propping up tomato plants with sticks as some farmers did, insisting that it was never intended “by God or Nature” to be trained on anything and should instead sprawl along the ground.

Bennett went on to join the Mormons of Nauvoo, Illinois, and became close with Joseph Smith. The Mormon Church eventually excommunicated him but adopted his enthusiasm for the tomato. And, throughout the rest of the nineteenth century, his ideas about tomatoes continued to show up in cookbooks and gardening journals.

Meanwhile, Smith notes, other doctors began experimenting with cure-alls made from concentrated forms of tomatoes. Many promoted them as a replacement for calomel—mercurous chloride, commonly used as a purgative. By the 1840s, numerous tomato pills and extracts were on offer, and a popular jingle promised that “tomato pills will cure all your ills.”

Not everyone bought the hype. William Darlington, a physician who studied botany, called the sale of tomato cure-alls “a means of levying an additional tax upon the credulous.” Others continued promoting the idea that tomatoes were poisonous, claiming they caused everything from tooth loss to cancer to heart irregularities.

But, by the middle of the nineteenth century, many Americans had come to love the tomato, entirely apart from questions about its effects on health. The American Agriculturalist expressed this sentiment in 1865: “Let no lover of the delicious tomato be deterred from enjoying it for fear of taking anything bearing the slightest resemblance to calomel or any other medicine, but eat as many as he likes without thinking of his liver or his doctor.” 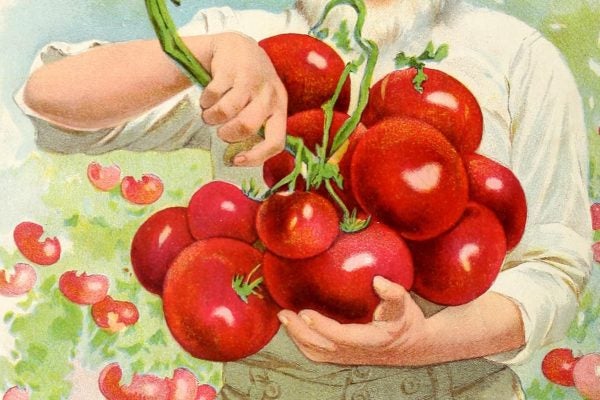