There’s Something About Lizard Blood

The blood of western fence lizards has the ability to neutralize Lyme disease in ticks—so why aren’t scientists bottling it to sell at the grocery store? 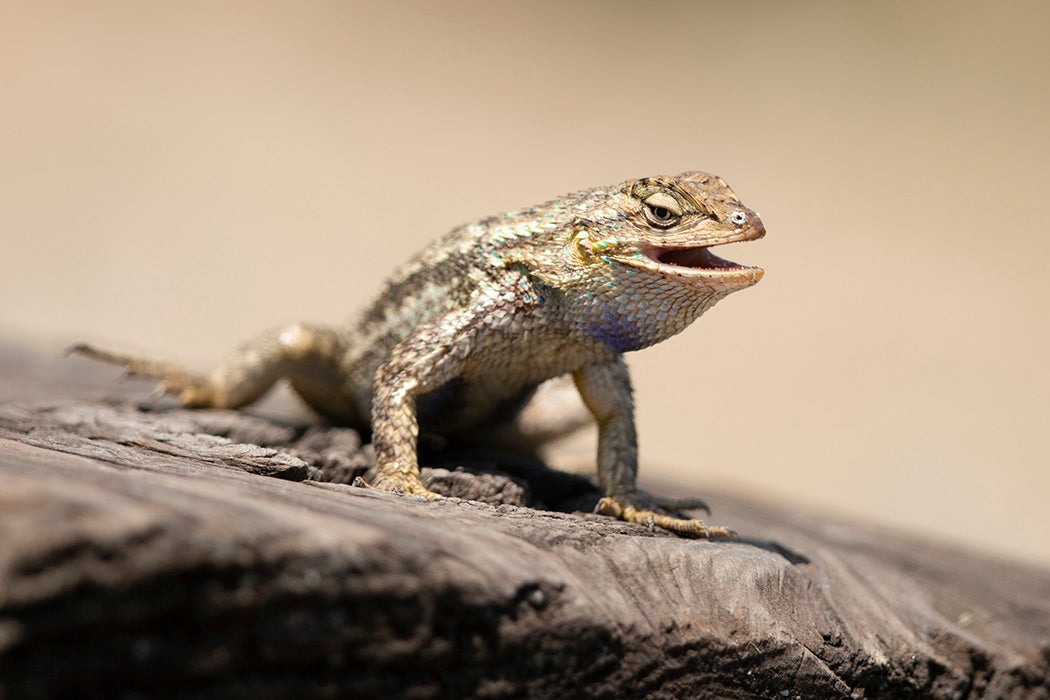 Ticks suck—literally and figuratively. The tiny arachnids inspire almost universal heebie-jeebies, with their seemingly indestructible bodies and Terminator-like determination to gorge themselves on our blood. But the biggest threat to humans isn’t the ticks themselves—it’s the pathogens in their gut.

Some species of tick carry a type of spiral-shaped bacteria, Borrelia burgdorferi, better known as the pathogen that causes Lyme disease. And as tick season grows longer and more intense, the threat of disease gets harder to avoid.

Unless, of course, you’re on the West Coast. “A recent test found that more than half of adult ticks tested in the northeastern United States carried the pathogen,” wrote journalist Constance Casey in 2014. “In California, less than 2 percent did.”

When infected ticks latch on to a fence lizard, a pathogen-fighting protein in its blood neutralizes the Lyme.

“In the 40 years since [Lyme] disease was identified and named, it has been a mystery why relatively few people in the western states develop Lyme,” Casey continues. “The black-legged tick of the West Coast is Ixodes padficus, nearly identical to its eastern relative.” Some scientists propose that the lower rate of Lyme in the far-western states could be owed to the high populations of western fence lizards.

“We may not see the connection between the disease-spreading tick and the small lizard, but they have an unusual relationship that represents a possible gift to mankind,” Casey writes. In California, these fence lizards are a preferred host for ticks in their small, nymphal stage. And in 1998, researchers at the University of California, Berkeley, discovered that a substance in the blood of the western fence lizard possesses an antibiotic superpower: when infected ticks latch on to a fence lizard, a pathogen-fighting protein in its blood neutralizes the Lyme. A single lizard can be infected with up to forty ticks, writes Casey. “It looks horrible, but the ticks are essentially being sanitized.”

So does this mean we can rid the world of Lyme disease by simply flooding it with lizards? Not quite. Ecosystems are a lot more complicated than that.

First of all, these little lizards wouldn’t survive in the chillier midwestern climate, and a bunch of dead lizards would be of absolutely no use to anyone. “Second,” writes Casey, “the California lizard’s glowing reputation was tarnished by a 2011 study in which a small area was cleared of fence lizards.” Scientists predicted that removing the reptiles would lead to an increase in the percentage of ticks carrying the pathogen. Instead, they found that lizard removal decreased the density of infected ticks.

The lizard’s antibiotic blood isn’t a magic fix. The prevalence of ticks and the diseases they carry is much more dependent on the diversity of the ecosystem around them. Want to keep ticks under control? It’s much better to get the food web under control, writes Casey. “Lyme risk is lower when there are fewer mice, shrews, and chipmunks. There are fewer of those small animals when there are more foxes. Foxes and other middle-sized predators unfortunately decline or disappear when the forest is fragmented, while the small mammals thrive in a suburbanized landscape.”

In addition to lizards’ magical Lyme-stopping blood, plenty of other animals have developed methods for controlling tick populations. “There is an animal that is extremely efficient at ridding itself of ticks, though human beings would be reluctant to adopt its technique,” writes Casey. Possums are immune to Lyme disease and, when attacked, will simply pop pesky ticks like M&Ms.

ANTIBIOTIC REPTILE
By: CONSTANCE CASEY
Landscape Architecture Magazine, Vol. 104, No. 7 (JULY 2014), p. 30, 32, 34
American Society of Landscape Architects
Borreliacidal Factor in the Blood of the Western Fence Lizard (Sceloporus occidentalis)
By: R. S. Lane and G. B. Quistad
The Journal of Parasitology, Vol. 84, No. 1 (Feb., 1998), pp. 29-34
Allen Press on behalf of The American Society of Parasitologists 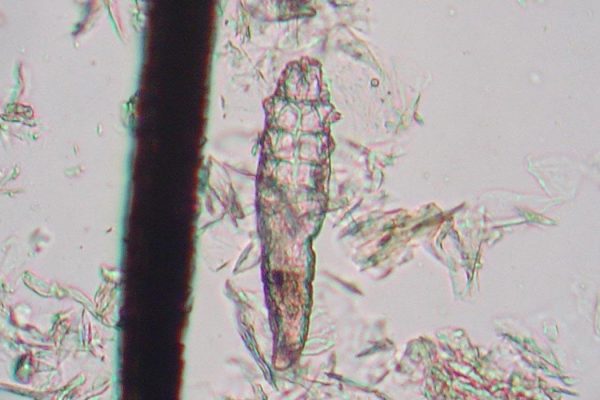