In the nineteenth century, laws in many parts of the country prohibited “undeserving” disabled people from appearing in public. 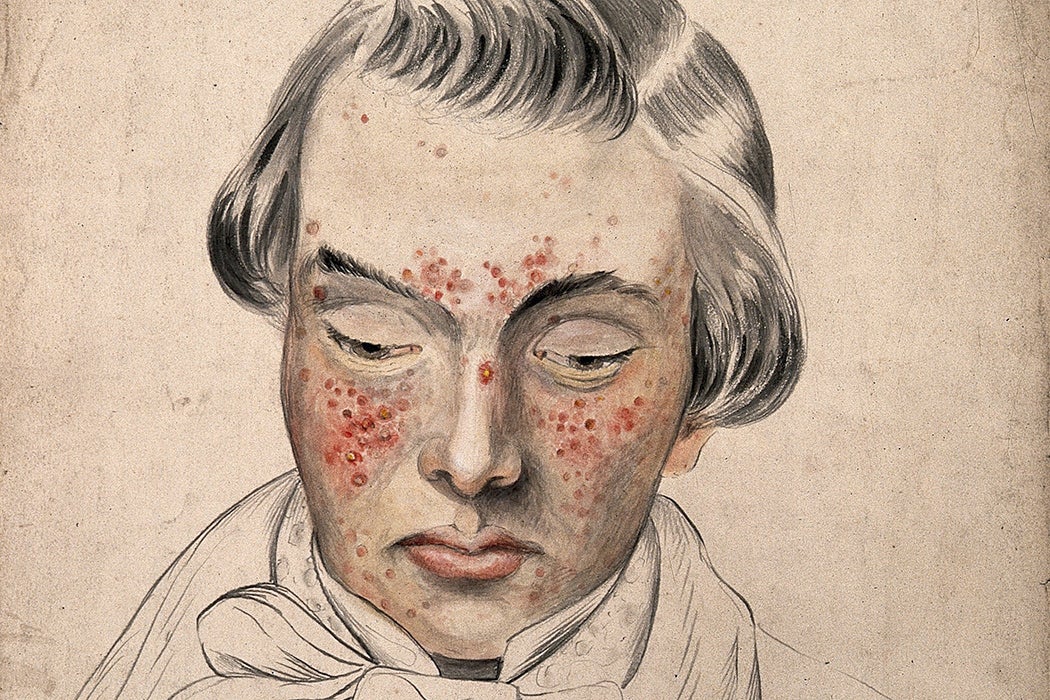 Head of a man with a severe disease affecting his face by Christopher D' Alton, 1858. One of a collection of drawings by D' Alton of patients at the Royal Free Hospital, Grays Inn Road, London.
via The Wellcome Collection on JSTOR
By: Livia Gershon
3 minutes
Share Tweet Email Print

In 1881, apparently with little debate or controversy, Chicago’s City Council passed a law barring all “diseased, maimed, mutilated” people from the city’s public streets. This was just one of a number of “ugly laws” passed in different parts of the country in the second half of the nineteenth century, as Adrienne Phelps Coco explains. Such legal discrimination against disabled people may be shocking to us today, but the context in which the law was passed and enforced also reflects patterns that still resonate.

Coco notes that the law’s passage followed years of dehumanizing reporting on disabled panhandlers. One 1875 Chicago Tribune article decried the “disgraceful” spectacle of “a thoroughfare being obstructed by the hideous monstrosities, which are only half human, begging for alms.” Another story warned that seeing a person with “repulsive deformity” might present a serious danger to “a lady in delicate health.” And still others targeted specific beggars, accusing them of exaggerating their disabilities or even inflicting injuries on themselves in an effort to win sympathy.

Coco writes that none of this reflected prejudice against the entire group of people we might today call disabled. Those who were employed and didn’t receive public assistance were not understood to be bound by the ugly law. To nineteenth-century employers, physical disability didn’t necessarily mark a person as a less-qualified worker. In fact, industrial accidents were so common that an injury like a missing finger could be a sign of an experienced worker. Likewise, disabled Civil War veterans were generally categorized as worthy of public aid, which allowed them to eventually win a federal pension benefit.

It’s no coincidence that the ugly law came at a time when many people were concerned about tramps roaming the country. While one of the biggest complaints about tramps was that they could work but chose not to, Coco writes that they were often discussed in the same breath with “crippled beggars.” For example, the Board of Public Charities described most people in Illinois poorhouses as “old, infirm, crippled, lazy and profligate.” Here people who could not find work due to disability were grouped alongside the “lazy” as part of the unworthy poor.

Perhaps the most striking contrast to the language of the ugly law was the popularity of freak shows. In the same year it passed the ugly law, Chicago’s government also permitted the “exhibition of monsters or freaks of nature.” And when the state of Illinois did ban freak shows in 1899, the law was overturned within a year, on the grounds that it prevented the shows and the “freaks” themselves from earning money. Meanwhile, the ugly law remained on the books until the City Council finally removed it in 1973.

Coco suggests that the history of the law should remind us that, then and now, “disability” refers not to a static category but to a social position. 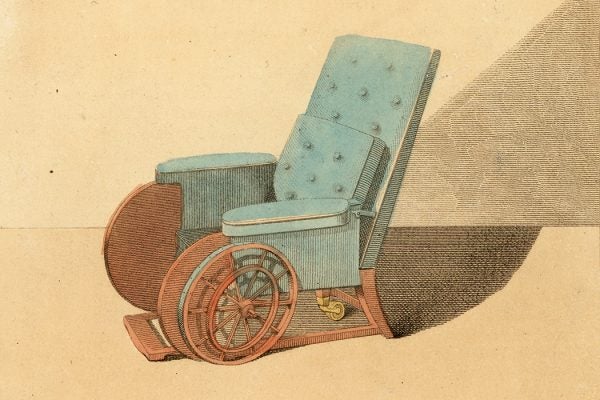