The Truth about “Caveman Courtship” 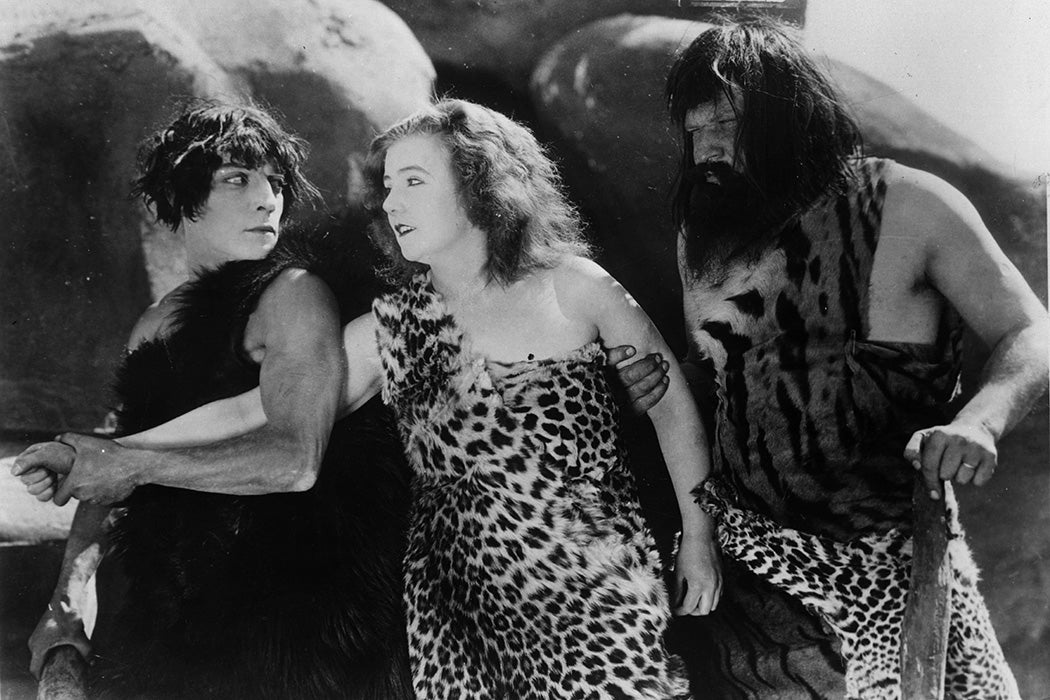 You know that cartoon that shows how a caveman chooses a mate? The one where he’s dragging her along the ground, having knocked her out with a club? The English professor Nicholas Ruddick writes that we’ve been laughing at this remarkably brutal image for a century. The 1923 Buster Keaton film The Three Ages featured a stone-age man dragging his mate by the hair. A 1934 New Yorker cartoon shows a caveman dragging an unconscious woman back to the cave, only to realize his wife is home. In a 2002 version, a caveman drags his smiling male partner past a straight couple, and the wife asks her disapproving husband, “Can’t you just be happy for them?”

Ruddick explains that this image traces its origins to an era long before that first Buster Keaton film, to a book by Scottish-born lawyer and armchair anthropologist John F. McLennan. McLennan didn’t know much about hunter-gatherer societies. He operated from the assumption of a general upward trend in human life and behavior over time. To him, it was obvious that early humans must have lived in a state of perpetual war, making sons valuable as fighters. McLennan’s savages would have seen daughters as useless and practiced widespread female infanticide.

Novels of the late nineteenth and early twentieth century embellished it, putting clubs in the hands of savage early men.

Ruddick writes that these imaginary primitive people were apparently able to imagine their infant boys as future soldiers, but unable to realize that killing all the girls would result in a shortage of reproductive-age women. To solve that problem, McLennan suggested, they would violently capture brides from other tribes. This “bride capture” narrative owed something to Europeans’ accounts of the practices of Australian Aborigines, which were themselves highly exaggerated, if not completely fabricated.

Another scholar of the time, John Lubbock, built on McLennan’s ideas to define savage wife-capture as a building block for monogamous marriage. Lubbock believed that early humans were thoroughly promiscuous within their own groups. However, a warrior might bring back a captive woman and keep her all for himself. Darwin’s 1871 Descent of Man gave some credence to the idea, arguing that “almost all civilized nations still retain some traces of such rude habits as the forcible capture of wives.” For example, he argued, the best man at a wedding might be a stand-in for “the chief abettor of the bridegroom in the act of capture.”

McLennan and Lubbock’s accounts had very little basis in reality. Ruddick quotes the editor of a modern edition of McLennan’s work, noting that he was “almost entirely wrong” about the universal prehistoric system of wife-capture. And yet, the idea quickly, ahem, captured the imagination of Victorian Europeans and Americans. Ruddick writes that novels of the late nineteenth and early twentieth century embellished it, putting clubs in the hands of savage early men. Many of them dramatized the rise of civilization in rivalries between brutal Neanderthals, with clever Homo sapiens for wives.

The use of stories about early humans more than a century ago bears a striking resemblance to many popular uses of evolutionary psychology today. Take James Damore, the Google engineer fired in 2017 for a memo criticizing the company’s diversity efforts. His argument leaned on the idea that differences in personality and intellectual ability between men and women are biologically hardwired, apparently based on the most evolutionarily effective reproductive strategies for each sex.

Claims made by modern evolutionary psychologists—and their popularizers in the media—range from the straightforward (eating lots of sugar and fat appeals to us because it was useful to our ancestors who lived with scarcity) to the goofy (women like red and pink because our female ancestors were gatherers who sought out edible berries) to the extremely troubling (Africans are more genetically prone to violence than Europeans, while Jews are uniquely suited to thrive in a capitalist system). What these arguments tend to have in common is that they take a feature of modern society and seek evolutionary causes in prehistory, often by cherry-picking evidence from hunter-gatherer societies or non-human primate societies. For example, writers who see humans as essentially violent often draw comparisons with hierarchical chimpanzees, while those who prefer to emphasize our ability to cooperate write about egalitarian bonobos.

The idea of wife-capture appealed to Victorians by confirming the upward march of civilization.

For Victorians, the story of wife-capture naturalized male dominance over women, while also playing up the advantages that civilized (patriarchal) society offered the female sex. Nineteenth-century ladies might be denied political and economic agency, but at least they weren’t routinely getting clubbed over the head. Ruddick argues that the idea of wife-capture also appealed to Victorians by confirming the upward march of civilization. The violent sexual anarchy of the early human horde gave way to a still-violent but at least monogamous savage life, which gradually led to the genteel courtships of their own day.

At the same time, wife-capture was also a eugenic fantasy that fed into the idea that the most racially advanced women were fragile, while women in more “primitive” societies were tough and strong. Darwin had argued that, over the course of the human ascent from savagery, the difference in strength between men and women grew. The idea that the capture of beautiful women by strong warriors led to the improvement of the human race fit perfectly with the Victorian ideal of feminine weakness. It also fed into fears about male degeneration in increasingly “civilized” urban society.

The late nineteenth and early twentieth century prehistoric novels fed a variety of political agendas. In most of them, Ruddick writes, the authors portray the violent kidnapping of a mate in a negative light, contrasting brutal savage men—often Neanderthals—with more advanced early men. On the other hand, Stanley Waterloo’s The Story of Ab (1897) shows the hero chasing his chosen mate, who flees not because she doesn’t want him, but out of a “maidenly force-dreading instinct,” which suggests she makes a good wife in the Victorian mold. In Jack London’s Before Adam (1907), a prospective wife flees her suitor as a eugenic test of his fitness.

In a moment when the women’s rights movement was highly visible, there were also pointedly feminist and anti-feminist stories in the genre. In Ashton Hilliers’ The Master Girl: A Romance (1910), a woman saves her future husband by killing a bear and goes on to become an important innovator, overturning patriarchal assumptions. Meanwhile, Gouverneur Morris’s The Pagan’s Progress (1904) shows a captured woman, having been literally clubbed and dragged by the hair, coming to adore her captor, “craving his caresses and enjoying his blows.”

Within a few decades that general idea, in cartoon form, became more or less the default image of relations between prehistoric “caveman” and “cavewoman.” It stayed that way even as scholars discredited the notion of wife-capture as a key to the development of human civilization. As the continued influence of evolutionary psychology suggests, we haven’t stopped trying to figure out the real truth about human nature by delving into our prehistory, real or imagined. 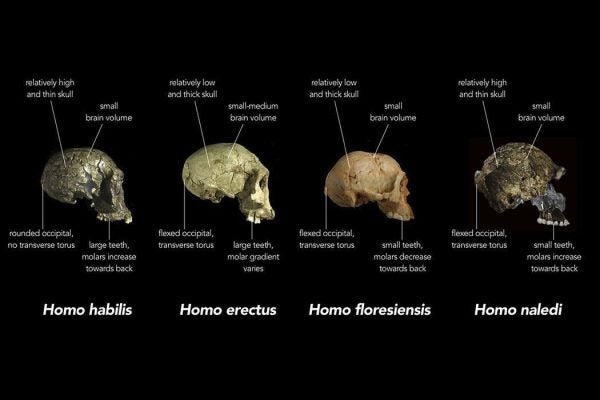 A new fossil human ancestor has made its way into the media spotlight, and it’s causing quite a ...