The Troubles with Tracking

Educators have been debating academic tracking since the early years of the public high school. 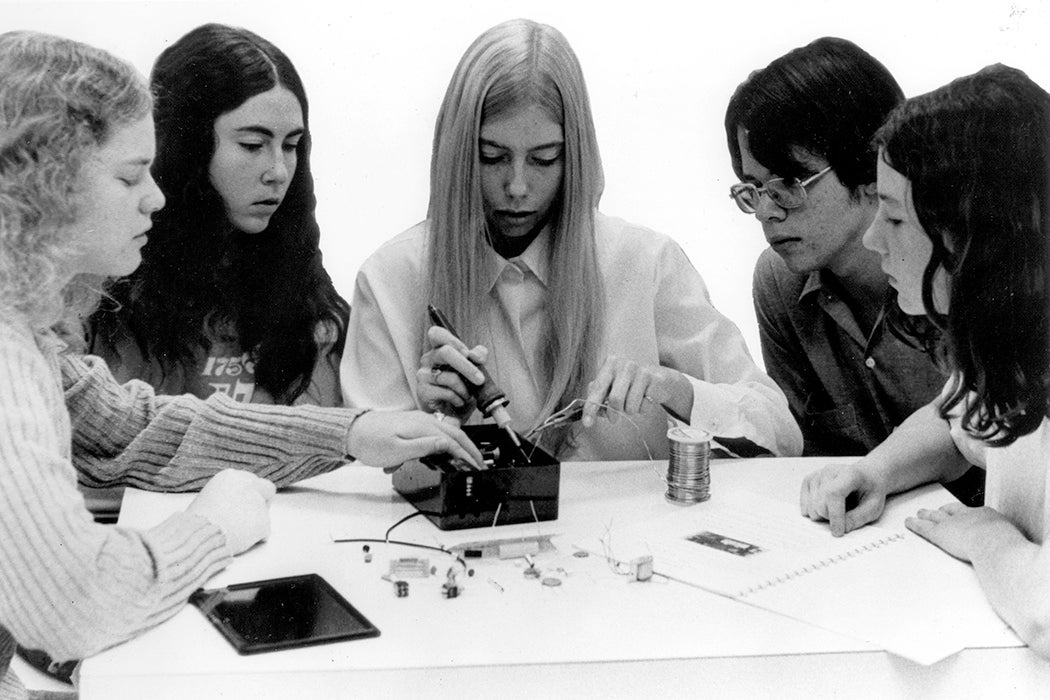 In recent years a number of school systems have been rethinking the separation of students into different academic tracks. The issue gets at a fundamental question about public schools: should they offer highly specialized coursework, at the cost of replicating existing class structures? Or should they focus on bringing children of all backgrounds together? As education scholar William G. Wraga writes, educators have been debating this issue since the early years of the public high school.

At the turn of the 20th century, Wraga writes, only about one in ten adolescents attended secondary school. The vocational school movement sought to change this, preparing working-class kids for the new jobs that emerged with rising industrialization.

Some of these educators admired Germany’s dual system, which divided 14-year-olds between college preparatory and industrial schools. But others objected strenuously. Vocational education advocate Eugene Davenport argued in 1914 that separate vocational schools would represent a “most powerful step toward the segregation of people according to vocational lines, and from that time it is inevitable that the stratification of society will proceed by leaps and bounds.” Instead, he argued, the goal should be the “cosmopolitan high school,” in which students would spend a quarter of their time specializing in a trade and the rest learning general subjects with a diverse group of peers.

During World War I, psychologists introduced new standardized testing methods to divide large groups up by abilities and interests.

Wraga writes that the model that emerged was somewhere in the middle. With the exception of racially segregated places, students from a range of backgrounds were generally permitted to attend the same high schools. But they were internally divided. Contributing to this trend, during World War I, psychologists introduced new standardized testing methods to divide large groups up by abilities and interests. They brought these same techniques to the nation’s high schools. At a moment when the quantification of all aspects of life was in vogue, this soon added up to the tracking of students into classes at different levels.

In 1926, education theorist George Counts noted that the college preparatory path was understood as prestigious, and typically open to kids from higher-status families, resulting in “attitudes of social inferiority in those who do not pursue the favored curriculums.”

“The American tradition is opposed to the early segregation of students according to intellectual, social or other qualities…. The public school is the only agency in most communities which brings people of all economic, social and religious backgrounds together.”

The tension between unity and specialization continued through the decades of racial desegregation in the South, and Cold War fears about American scientific know-how.

At the time Wraga was writing, in 1998, increasing interest in school choice options were threatening increasing disruption of the comprehensive high school.

Yet, he argued, high schools remained a key tool for both “providing specialized education that caters to individual needs and interests” and “fostering common sympathies, discourse, and understandings among an increasingly diverse population.”