The Chipko activists of 1970s and ‘80s India saved their forests by calling attention to the deep interdependence between humans and the natural world. 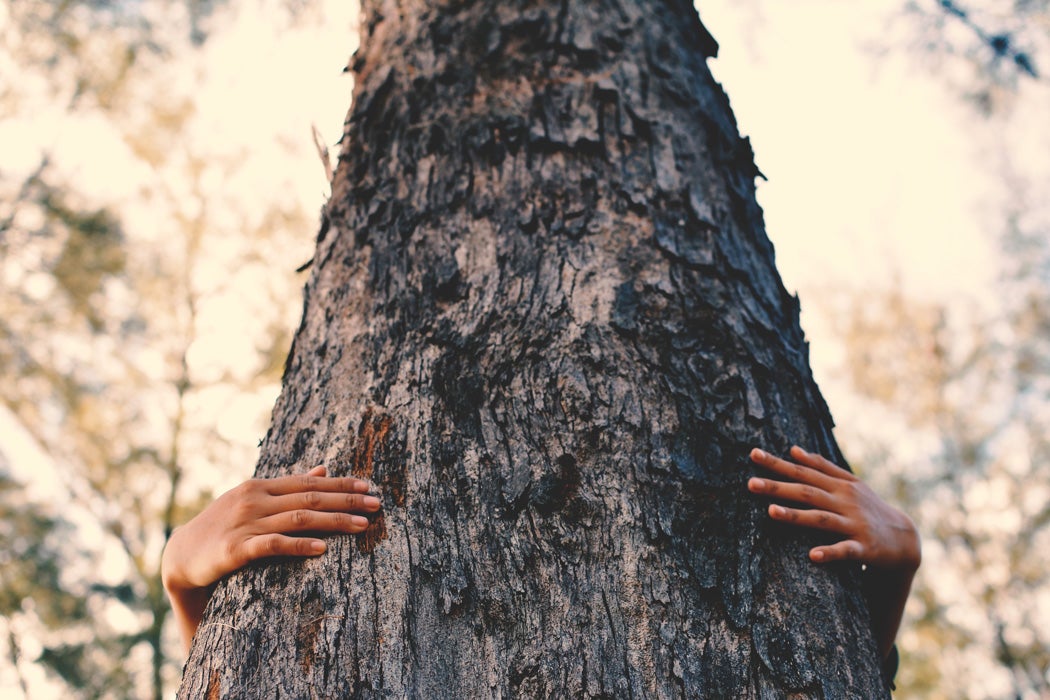 In the contemporary United States, “tree hugger” is most often used derisively, describing people judged to care more about plants and animals than human thriving. But, as economist D. D. Tewari writes, the most significant tree huggers in modern history, the Chipko activists of 1970s and ‘80s India, succeeded by calling attention to the deep interdependence between humans and the natural world.

The Chipko movement took place in the Garahwal Himalayas, a region with dense forests that had protected it from invasion prior to British colonial rule. Tewari writes that the area had a strong cultural tradition of reverence for nature, with religious rituals devoted to trees, rivers, mountains, and local village gods. Villagers gathered nuts, fruit, and tubers, as well as fuel, timber for homes, and fodder for livestock. They also recognized the forests as key to water and soil conservation.

Tewari writes that threats to the Garahwal forest began in the early nineteenth century as British colonial authorities encouraged forest clearing. This provided Himalayan teak for English consumers, and expanded agricultural land. As railroads extended across India, making forest clearing easier, the British instituted forest conservation policies, but purely in their own long-term economic interest. These rules curtailed local rights to make use of forest resources.

To resist, many Garahwalis joined the independence movement. This opened up communication between local villagers and other supporters of independence across India and beyond. Gandhi often cited the Himalayas as an embodiment of ideal village life, with humans living in harmony with nature. And yet after independence, the new Indian government adopted Western-style industrial policy that continued to threaten the Garahwal lifestyle.

As logging accelerated in the early 1970s, Chandi Prasad Bhatt, a former clerk who had left his job to promote social justice in the rural hills, proposed a strategy to fight tree cutting. He called it Chipko—Hindi for “hug.” Soon, Tewari writes, villagers were confronting lumbermen by shouting slogans and physically blocking them from the trees. The prominent Garahwali folk singer Ganshyam Sailani, along with local and national activists, helped rally support for the Chipko movement from around India and beyond.

In 1975, government officials conceived a plan to circumvent the activists in the village of Reni. On the day a major felling was planned there, the government arranged both a meeting between the Bhatt and the Conservator of Forests, and a pay-out to village men of compensation for lands previously appropriated by the army. That ensured that both Bhatt and the male villagers would be gone from the forests. But the women of Reni fought back under the leadership of an elderly lady named Gauradevi, guarding the trees with their bodies and preventing the forest clearing.

Ultimately, the Chipko movement managed to preserve forests across the region through a mix of women-led local action, foot marches, fasts, and strategic publicity to gain international support. Its success lay in embracing the connections between the lives of trees and the economic and spiritual lives of human communities.

THE CHIPKO: THE DIALECTICS OF ECONOMICS AND ENVIRONMENT
By: D. D. Tewari
Dialectical Anthropology, Vol. 20, No. 2, THE INDIAN SUBCONTINENT (August 1995), pp. 133-168
Springer 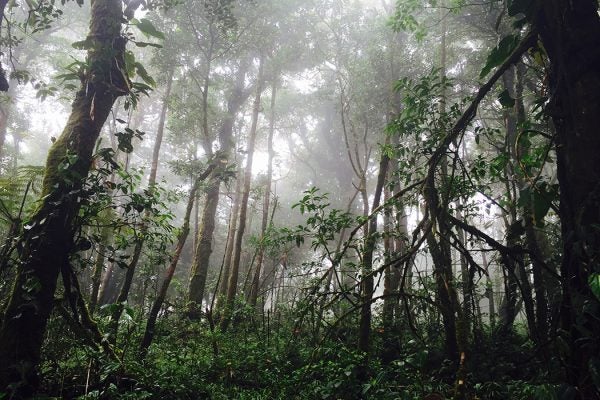 A Clever Way to Conserve Forests