The Slave Roots of Square Dancing 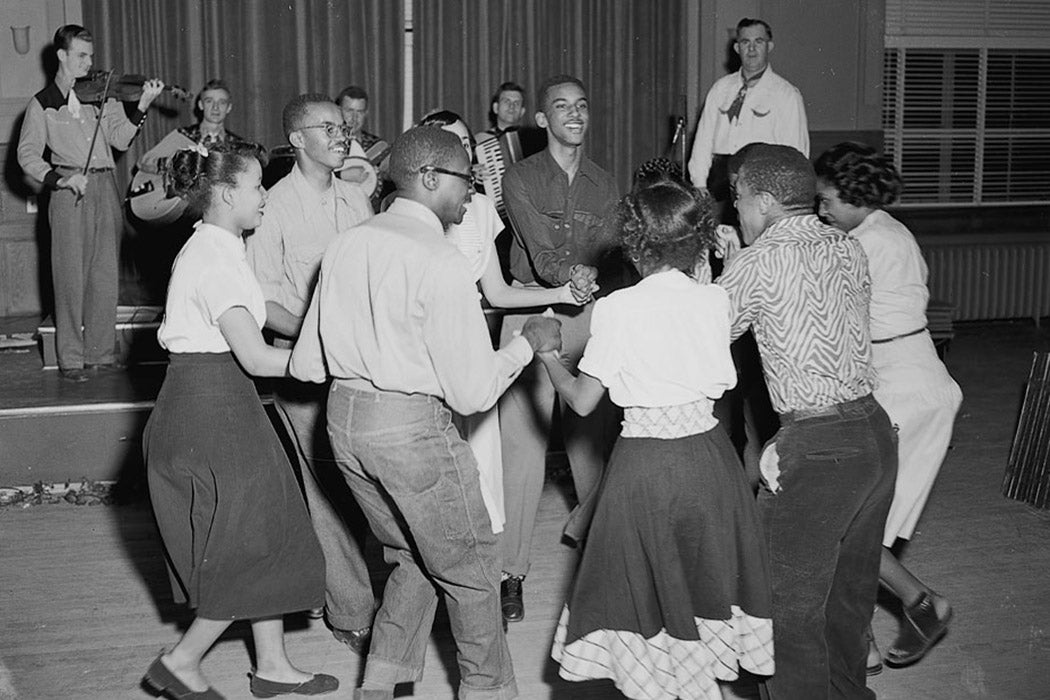 What’s the world’s whitest form of dance? You would be forgiven for answering “square dancing.” Designated as the official state folk dance of 31 states, square dancing is not exactly revered for its racial diversity—and pop culture portrayals lean heavily on a mythology of reeling white farmers, not people of color. But the dance style’s lily-white reputation hides something unexpected, writes Philip A. Jamison: A deep African-American history that’s rooted in a legacy of slavery.

The connection can be found in the “callers” who prompt dancers to adopt different figures like the do-si-do and allemande—and the way in which the dances themselves became an American art form. Square dances grew out of European country or contra dances and reels exported from Scotland and England. And as white colonists learned new dances and modified old ones, many relied on black slaves to perform their music.

As white Americans developed their own more complex dance styles, like quadrilles adapted from French dance forms, African-American fiddlers and musicians came along with them. At first, these performers did not call out dance figures; rather, dancers memorized them with the help of dance masters. But when white dancers took to the ballroom floor to, say, “Dos â Dos,” they were often accompanied by black people.

Slaves also started to adapt these popular dances themselves. “For close to a century they had provided music for whites at balls and at dancing schools,” Jamison writes; soon they were dancing and calling out dance figures to one another, perhaps as an alternative way to organize the dances in the absence of formal dance instruction. This call and response pattern resembled drum traditions of the cultures from which slaves were stolen.

At some point, Jamison writes, slaves began to call out to white dancers too, eliminating the need for a dance instructor. He tracks the earliest known instance to a white person who complained about a black dance caller’s “forced and vile voice” in 1819. The practice soon spread from South to North and as America expanded, so did its square dancing tradition.

Today, few people know about the pivotal role black people once played in helping develop American dance traditions—in part because white square dance callers eventually edged out black ones. Square dance calling is a dying art form. Popular or not, it’s worth remembering its roots among enslaved people whose lives literally depended on their ability to entertain their white masters.

Square Dance Calling: The African-American Connection
By: Philip A. Jamison
Journal of Appalachian Studies, Vol. 9, No. 2 (Fall 2003), pp. 387-398
University of Illinois Press on behalf of the Appalachian Studies Association, Inc. 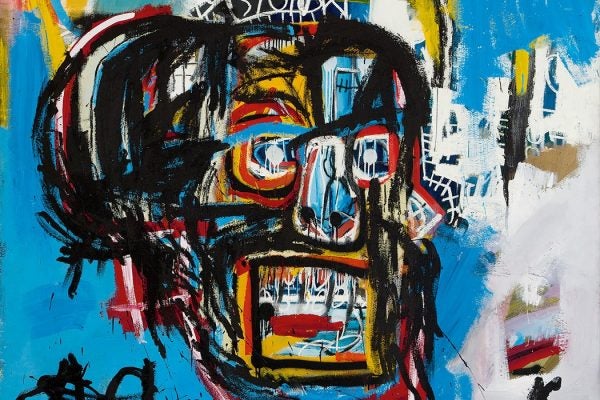 How Basquiat Went From Underrated to Record-Breaking

A 1982 Untitled work of Jean-Michel Basquiat broke records as the highest selling US-produced artwork. Learn how Basquiat and his work gained its fame.