The Slap That Changed American Film-Making

When Sidney Poitier slapped a white murder suspect on screen, it changed how the stories of Black Americans were portrayed on film. 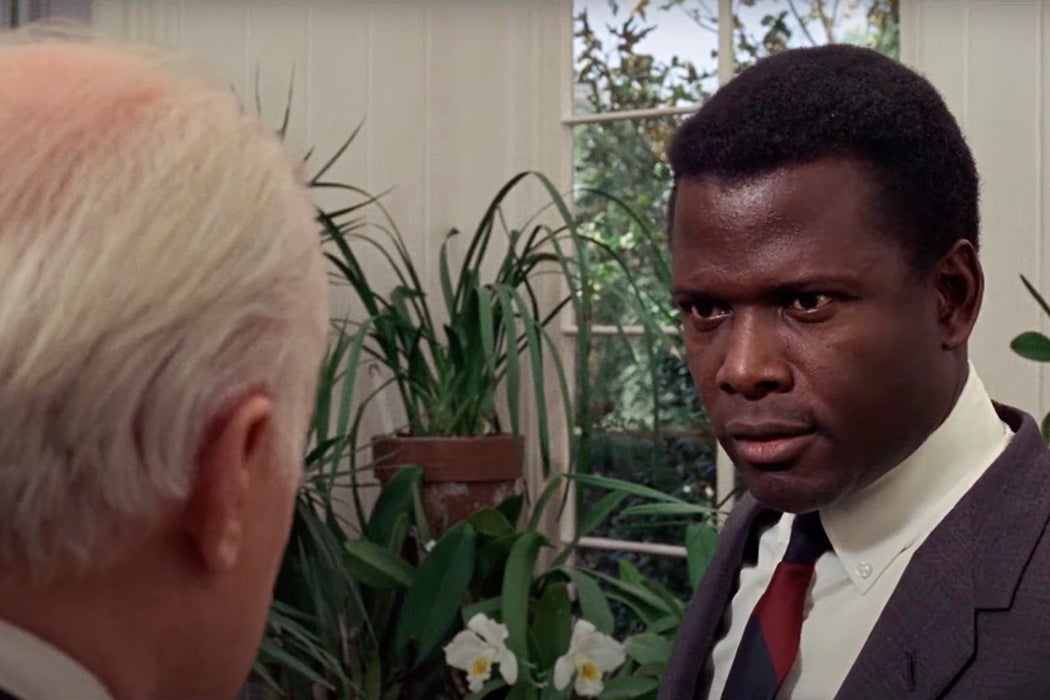 Sidney Poitier in In the Heat of the Night
By: Ashawnta Jackson
3 minutes
Share Tweet Email Print

It’s a powerful scene. Virgil Tibbs, a detective played by Sidney Poitier in the 1967 film In the Heat of the NIght, has been tasked with solving a murder in small-town Mississippi. His investigation leads him to a white man named Endicott. Endicott, furious with Tibbs’ line of questioning, slaps him. The air leaves the room just for a second, and it is stifling, still, painful. That slap was punishment for stepping out of line, for questioning not just him, but the natural order of the world. In a then-shocking turn, Tibbs forcefully returns the slap. “That simple act of retaliation would prove historic,” writes journalist Steve Ryfle. It was “the first known act of physical defiance in a studio film by an African American character that did not result in punishment or death.” And it was fitting that the actor who would make that history was Poitier.

The scene marked a turning point for film-making in general, Ryfle argues. It “brought the first wave of black directors, new interest in black stories, and, most significantly, ​the ascendance of black screen heroes.” The film was released at a time when equality seemed like another broken promise. It was just a few years earlier, Rifle explains that the civil rights movement “had achieved tremendous gains during the first half of the decade and further progress seemed assured.” But that feeling was short-lived.

Film studios were “mostly uninterested in meaningful stories about the lives of black characters and the subjects of race relations, integration, and civil rights.”

In just a few years, cities across the nation would erupt in protest. People were angry. Angry at a system that seemed destined to let them down. Angry at the lack of opportunities, the lack of resources. Pop culture often reflects its time, but in the mid-1960s, many people weren’t seeing themselves. Even as both protest and progress came to the country, film studios were “mostly uninterested in meaningful stories about the lives of black characters and the subjects of race relations, integration, and civil rights,” Ryfle writes. With few exceptions, none really grappled with the reality of America’s racism, Ryfle argues.

Before he took on the role of Tibbs, Poitier’s career had been redefining how Black people were portrayed on screen. He “shattered the old stereotypes and demanded… to be accepted and respected as a serious, straightforward actor whose status equaled that of his white counterparts.” But he was often cast in roles that critics saw as “honed to mollify white audiences.” But In the Heat of the Night gave him an opportunity to show America something different.

“Tibbs does not attempt in the slightest to integrate, accommodate, or allow himself to be subjugated,” Ryfle writes. And maybe nothing epitomized that more than the slap. “A black man had never slapped a white man back in an American film,” director Norman Jewison recalled. And that on-screen shift of power dynamics changed everything. The role brought in an “acceptance of more assertive black protagonists,” and a new interest in telling Black stories on screen. Films helmed by Black directors and an array of stories about differing Black experiences were showing up in theaters. And later, the rise of Blaxploitation films “represented a brief period of unprecedented participation by African Americans in the film industry.”