The Serpents of Liberty

From the colonial period to the end of the US Civil War, the rattlesnake sssssssymbolized everything from evil to unity and power. 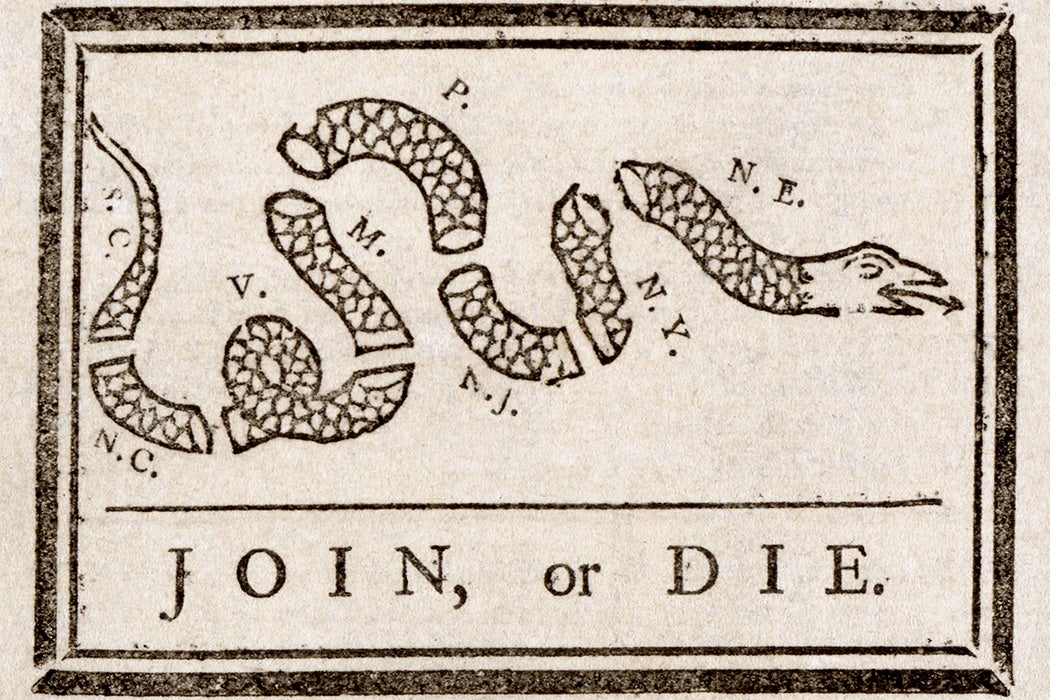 European immigrants to North America found a snake unknown in the lands of their birth. The new Garden of Eden had its own serpent, named after the rattle at the end of its tail. Rattlesnakes were absorbed into the American imaginary and elevated to symbolic heights.

Between the French and Indian War and the Civil War, the rattlesnake came to signify many things at once, writes scholar Zachary Mcleod Hutchins. These included “British colonial unity; American national identity; white fears of interracial conflict and miscegenation[,]” and a “lingering belief” in original sin. The latter was especially important in a secular republic because “only… the virtuous behavior of its citizens” would sustain it.

These snakes were believed to “fascinate” their prey—“birds, small animals, and even children”—in the old-fashioned sense of the word: that is, via hypnosis.

There are three dozen rattlesnake species found between Canada and Argentina, but those who colonized the East Coast knew Crotalus horridus, the timber rattlesnake. These snakes were believed to “fascinate” their prey—“birds, small animals, and even children”—in the old-fashioned sense of the word: that is, via hypnosis.

There’s no natural history behind this notion, but there certainly is supernatural history. Mixing Indigenous stories about mythical snakes with Puritan fears of witchcraft, the rattler was initially saddled with evil by the European colonialists. The snake in the garden signified the devil, the Native American, even British criminals shipped to the colonies.

Likening them to rattlesnakes, Benjamin Franklin polemicized against the exporting of murderous criminals from England to the colonies in the early 1750s. Yet a few years later, Franklin created one of the iconic images of the Revolutionary period: a woodcut of a chopped-up rattlesnake representing the separate colonies with the legend “Join, or Die.” Franklin’s rattlesnake was now, writes Hutchins, “a reminder of the need for unity in opposing an outside threat to an implicit colonial Eden.”

This eventually morphed into the “Don’t Tread on Me” flag, with the rattler now whole. This “Gadsden Flag” became the standard of the US military during the Revolution. By then, Franklin was calling the serpent “a strong picture of the temper and conduct of America.”

At the end of the Revolution, writes Hutchins, the “rattlesnake may have been the single most widely recognized symbol of colonial unity and the new, paradisiacal nation.” But the fledgling nation pulled the snake back down the slippery slope of symbolism. Supposedly snakelike Native Americans and African-born slaves threatened to “fascinate” white women before “murder, or, even worse, seduction.” “Serpentine fascination” pervades the literature of the early republic, with women characters “immobilized and unable to exercise their agency or take advance of their modern, rational educations.”

But the “serpentine coils of racism and slavery would prove the Edenic nation’s undoing.” During the Civil War, the Confederacy recruited the rattlesnake as a symbol of breaking away from the Union. Meanwhile, Union iconography included the crushing of a rattlesnake underfoot.

Laden with all this symbolism, rattlers nevertheless continued to rattle. “Don’t tread on ’em” is actually a pretty good way to treat a rattlesnake. Don’t bother them; they won’t bother you. 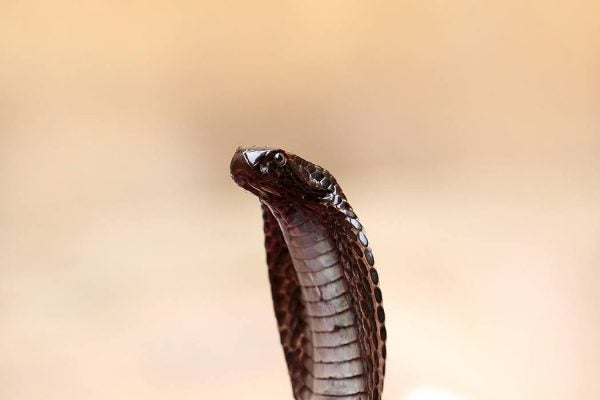 In the pre-Roe era, a collective of women known as The Janes took reproductive health into their own hands. Post-Dobbs, their work is as pressing as ever.