The Secrets of Viking Sword Making

New research scans three Viking swords and finds that, while well-made, they were not strong enough to withstand a fight. 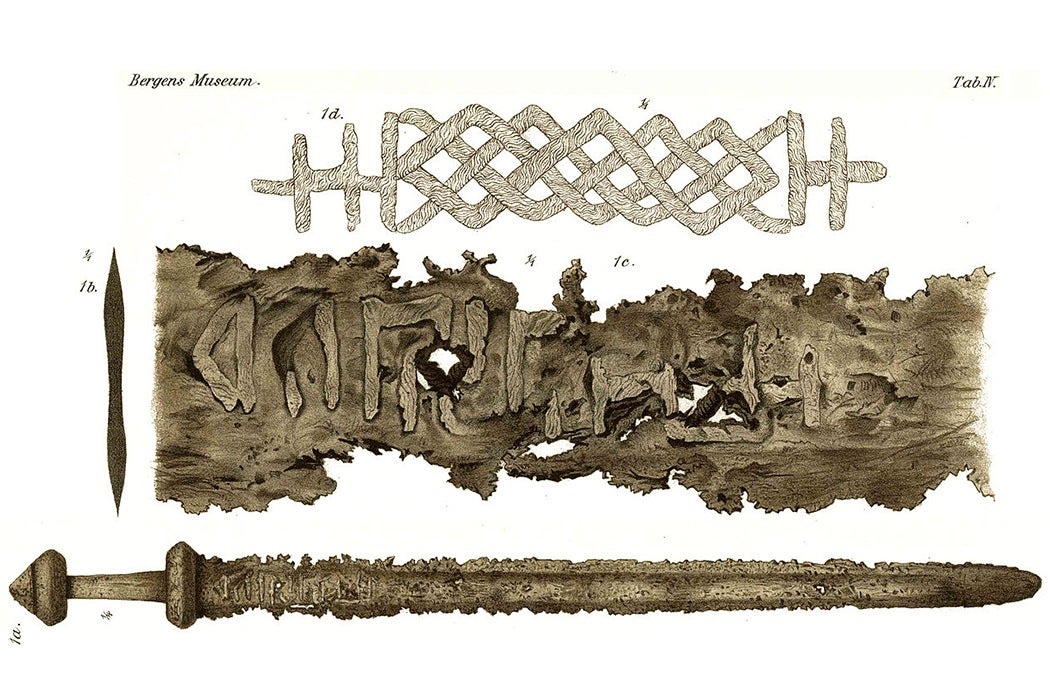 A Viking sword with runes, from the ninth century
via Wikimedia Commons
By: James MacDonald
2 minutes
Share Tweet Email Print

Vikings. The feared raiders struck terror through Northern Europe for three centuries in the Middle Ages. But were their swords… just for show? A lot of the media coverage surrounding a high tech study of three Viking swords by Danish researchers leaves that impression. The swords, while well-made, were not hardy enough to withstand a fight.

The Vikings were the seafaring parties of the Norse societies based in Scandinavia. These violent raiders had an understandably large impact on everyone they encountered, and as a result, there are numerous written and other archaeological records describing Norse culture and Viking raids. Many of those writings specifically describe swords used in battle and sword fights, not just as ceremonial props. Records from Ireland, a frequent site of Viking raids, describe how the Irish viewed Viking swords to be of superior quality to their own.

Vikings weren’t limited to home-grown industry. They procured swords from the Frankish empire.

Early Viking swords were made of pure iron, and were known to bend in battle. Later Viking swords, either locally produced or bought, were made by pattern welding, a sophisticated technique in which numerous thin strips of metal are interwoven together at high heat to create a stronger blade. The trick to creating an ideal sword using this technique is to distribute different types of metal that balance hardness and flexibility—durable enough to hold an edge while absorbing the shock of contact. The scanned swords were not made in such a way that they can both cut and flex.

However, it’s difficult to draw conclusions about workmanship based solely on metal. It wasn’t until the eighteenth century that a true understanding of the chemistry underlying steel developed. Without this knowledge the iron ore available to a particular smith, along with that smith’s skill, had a great impact on the blades that were produced.

Nor were the Norse limited to home-grown industry. Ranging far and wide by their nature, Norse chiefs were happy to trade for quality products and use them in raids. Vikings procured swords from the Frankish empire, a tribal collective centered in Germany and Northern France that was renowned for steelworking.

The Danish researchers concluded that the newly-scanned swords were primarily for status, and were clear that they were only discussing these swords, but commentary suggests that cheaper weapons were preferred for battle. The swords in the study come from elite burials, not battle sites. Some ornate blades were clearly decorative, but records indicate that functional blades must have been available as well. As the Irish defenders learned the hard way, Viking swords did not need to be perfect, only better than that of the opposition. 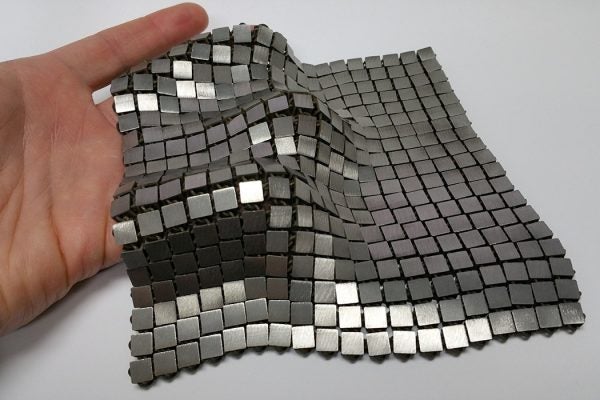 Why Would NASA Want to 3-D Print Chain Mail?

NASA engineers have 3-D printed a new version of chain mail. Why strong, light, heat-resistant materials are so important in space.