The “Scientific” Antifeminists of Victorian England

Nineteenth-century biologists employed some outrageous arguments in order to keep women confined to the home. 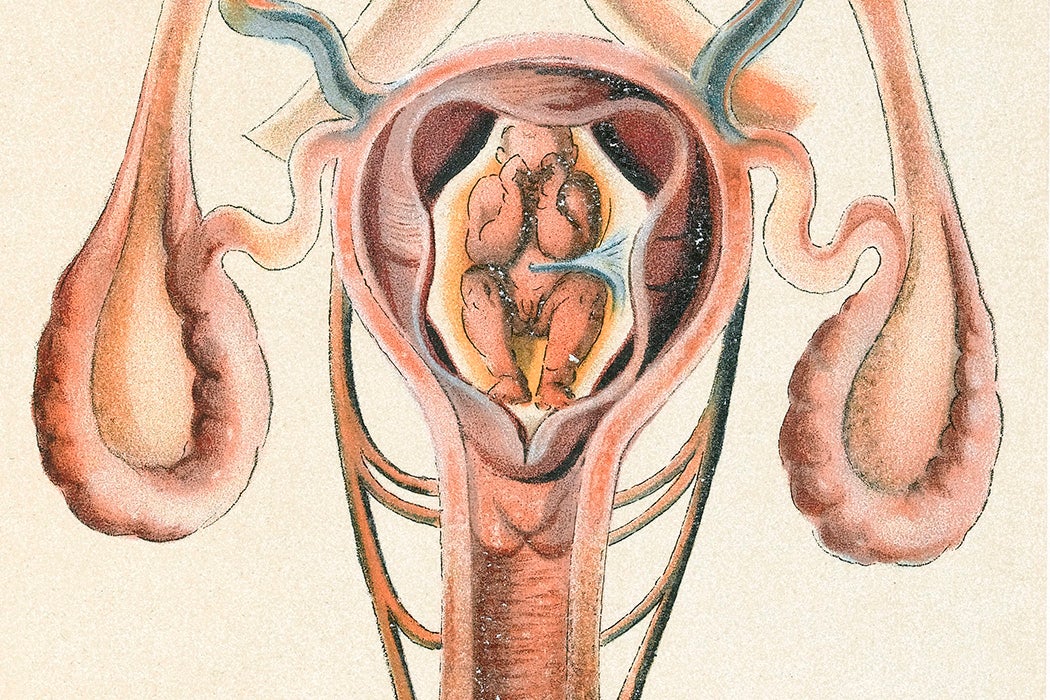 An image of the uterus and womb, 1908
Via Wikimedia Commons
By: Jess Romeo
3 minutes
Share Tweet Email Print

It was a common belief of the Victorian era that women and men were fundamentally different and that a woman’s natural place was in the home. Many male scientists clung to this popular belief, even in the face of a growing movement pushing for female emancipation and woman suffrage. “Scientists could have felt no more threatened than other men by feminism,” writes historian Susan Sleeth Mosedale, “but they were in an especially effective position to attack it.”

These attacks were often riddled with contradictory evidence and conflicting analysis, Mosedale argues. The scientists “operated in blissful ignorance of their prejudices,” allowing their own “socially conditioned feelings” to guide their application of scientific theories. Biologists grasped for vaguely scientific reasons why women shouldn’t be allowed to vote, get an education, or aspire to anything more than having babies.

“The human female’s role of homemaker and child nurturer was the necessary continuation of an evolutionary trend.”

Naturally, many of these scientists defaulted to an “evolutionary” perspective. Among them was Charles Darwin, who used his observations of animal mating and behavior to support his sketch of the human “mental dispositions.” Darwin observed the difference in temperament between bulls and cows, stallions and mares. Based on this, he said, men were more courageous and competitive, while women were more tender and generous, with a natural tendency for submission (developed in order to survive their male partner’s “animalistic tempers”).

Darwin, along with many other biologists, concluded that “the human female’s role of homemaker and child nurturer was the necessary continuation of an evolutionary trend,” writes Mosedale. “Motherhood [allowed] women to reinforce their instincts along this line and pass them on to their daughters at conception.”

Of course, many argued, women evolved to operate with a singular goal: maternity. Mosedale describes another scientist who wrote that “the education of adolescent girls held potential for permanent physical and psychological damage, because it occurred at just the period when their ovaries were maturing.” Basically: A woman who puts too much effort into her education risks becoming completely sterile.

Sexual selection aside, most of these scientists couldn’t help but observe the obvious: Women are, on average, smaller than men. This small size was often taken to be “an index of inferiority.” One biologist argued, for example, that women “exhale less carbonic acid,” proving them to be mentally and physically “more sluggish” than males. This supported the antifeminist argument that “the sum total of food converted into thought by women can never equal the sum total of food converted into thought by men. It follows, therefore, that men will always think more than women.” Another apparent “mark of female inferiority,” writes Mosedale, was “the relatively low proportion of carbonate of lime in feminine bones: 4.52 parts, compared with 9.98 parts for the male.”

Of course, Mosedale concedes, some philosophers and scientists of the time recognized the rampant hypocrisy in these theories. In 1890, British philosopher David G. Richie delivered an astute takedown of this “scientific” discrimination, noting that it was “always the favourite sort of argument with the jealous champions of privilege: first to prevent a race or class or sex from acquiring a capacity, and then to justify the refusal of rights on the grounds of this absence—to shut up a bird in a narrow cage and then pretend to argue with it that it is incapable of flying.”

The Bizarre Theories of the American School of Evolution