The Satanic Foreign Film That Was Banned in the U.S. 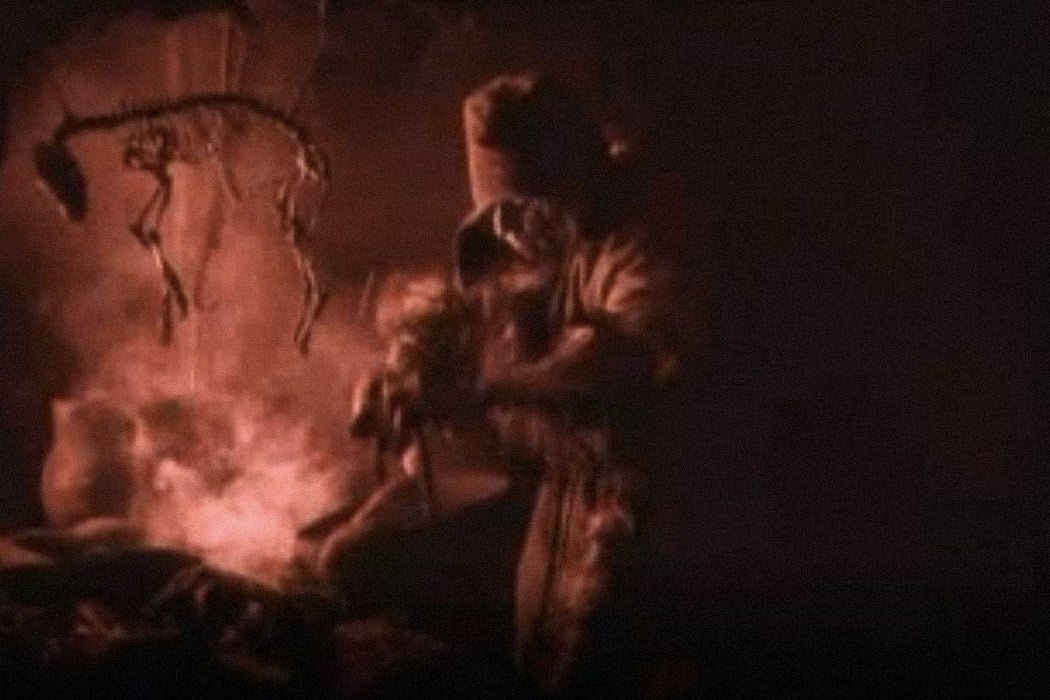 Twenty years after the release of the Danish-Swedish coproduction Häxan, director Benjamin Christensen filmed a new introduction for his film. In it, he appears in glasses and a white jacket, dressed almost like a scientist, with a different set of tools—a camera and a spotlight—surrounding him. A lot had happened between 1922, when Häxan was first released, and 1941, and Christensen wanted to prepare his audience for what they were about to see. Häxan was filmed before the advent of synchronized sound, and featured already dated technical effects, but that was all part of the bizarre movie’s appeal.

“In a moment, we shall see pictures from the Middle Ages, and I would like you, ladies and gentlemen, to try at times to imagine that these scenes have sound,” Christensen told his viewers. “You will then realize that if speech were added, the illusion would disappear immediately. For example, how would the Devil speak?”

Häxan, sometimes styled as Häxan: Witchcraft Through the Ages, was an eerie, unforgettable exploration of 15th century witch hunts. Part documentary and part fantasy, the movie was considered too disturbing for public viewing in the United States and other countries, but it was a major breakthrough for its Danish director that would serve as a foundational text for later horror films.

In the years before Häxan’s debut, Denmark made a big PR push for its developing film industry. That push began with the formation of a press bureau within the Danish Ministry of Foreign Affairs. As the film professor Casper Tybjerg writes:

Among other things, it was charged with the acquisition and distribution of photographic slides and moving picture films—mainly documentary shorts—that could be shown abroad to promote a positive image of Denmark and maintain Danish emigrants’ ties with the mother country.

A 1920 document from this press bureau, regarding the purchase of several “nature films,” described hopes that these films would give audiences the impression of “happy, peaceful Denmark.” Häxan showed the opposite.

Christensen was intent on exposing what he viewed as “one of the biggest catastrophes in the history of mankind”—the witch trials of the Middle Ages.

Still, Häxan was not a fringe art film on a shoestring budget. It was produced by Svensk Filmindustri, a prominent Swedish company which, at Christensen’s insistence, had purchased and refurbished a studio in Copenhagen specifically for the production of his film. Christensen, an opera singer-turned-actor-turned-director, was intent on exposing what he viewed as “one of the biggest catastrophes in the history of mankind”—the witch trials of the Middle Ages. In his view, the so-called witches of this time were mainly poor older women, “hysterical” women, and regular churchgoers named by “an enemy” who were then tortured until they agreed they were aligned with the devil. Drawing upon texts from the time, including the famous witch-spotting handbook Malleus Maleficarum, Christensen divided his story into seven parts.

Each piece dramatized scenarios from the time, some more grounded in reality than others. In one scene, inquisitors torture a hungry homeless woman until she confesses and names several other “witches,” a perfect illustration of Christensen’s stated mission. But in others, women on broomsticks fly across the sky, nuns writhe in satanic possession, and a monk in the thrall of a love potion chases a woman around a kitchen table. Christensen himself appeared as the shirtless, horned devil, popping up at random intervals to beckon another innocent victim to the dark side. Christensen also appeared in the movie’s intertitles as director. “One of my actresses insisted on trying the thumbscrew,” one card reads. “I will not reveal the terrible confessions I forced from the young lady in less than a minute.” These asides, along with the film’s historical images, gave Häxan a slightly anthropological feel, but no one viewed it as a “documentary” upon release.

“Wonderful though this picture is, it is absolutely unfit for public exhibition,” went the famous Variety review. When Häxan hit international markets, it was frequently censored or banned. Häxan got more exposure on its re-releases in 1941 (for which Christensen’s introduction was filmed) and in 1967, when filmmaker Antony Balch created a shortened version with a jazz score and narration from the Beat writer William S. Burroughs. Through it all, Christensen seemed remarkably unfazed by his film’s controversial reputation. He took his talents to Hollywood shortly after Häxan’s release, helming a string of films that leaned into his budding reputation: The Devil’s Circus, The Haunted House, and Seven Footprints to Satan, to name just a few.

But the director quickly tired of his new locale. Christensen returned to Denmark, where he made four more films before retreating from the industry altogether. He died the manager of a local movie theater in Copenhagen. Sixty years after his death, however, his name is well-known among silent and horror movie fans, including The Witch director Robert Eggers and the makers of The Blair Witch Project.