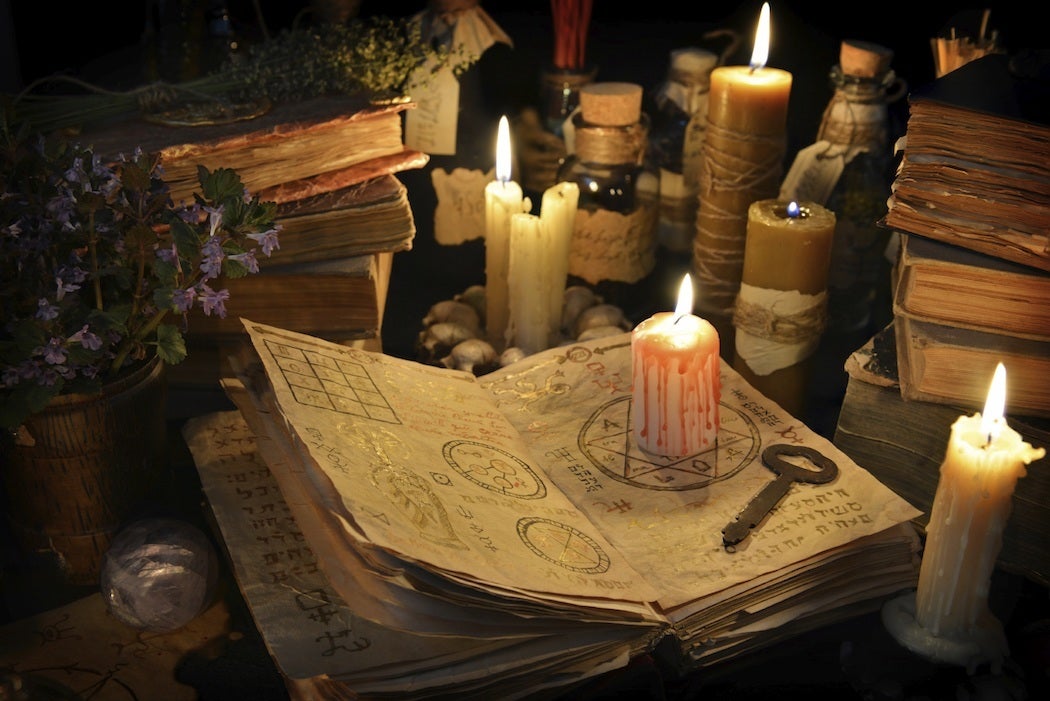 In January 1893, the reputable Parisian newspaper Gil Blas published a letter to the editor by best-selling author Stanislas de Guaita. In it, de Guaita denies rumors that he is a sorcerer and a Satanist, describing in lush detail what others have said about him:

[It is said that] I, personally, from a distance, have felled a number of my enemies, who have died under spellcraft, naming me as their assassin… that I dose [them] with the most subtle poisons, with an infernal art… toxic vapeurs [waft] to the nostrils of those whose faces I dislike… !

De Guaita’s letter appeared a week after the death of occultist Abbé Boullan, whom de Guaita is rumored to have killed with magic. In his defense, de Guaita accuses two fellow writers—Jules Bois and Joris-Karl Huysmans—of spreading rumors about his role in Boullan’s death and publishing them in newspapers. (De Guaita’s letter to Gil Blas is his response to these accusations.)

In a scathing rebuttal that appears in the same issue of Gil Blas, Bois accuses de Guaita of using the controversy to hawk his new book, of lacking the intellectual rigor to discuss occultism in any depth, and of protesting suspiciously vociferously against accusations of Satanism.

“We are not political men,” he concludes of himself and Huysmans, “who fight him in some shabby war in the small presses.”

The two arranged to duel: Several of the Decadent movements’ literary luminaries, including Maurice Barrès and Gustave Guiches, were conscripted as seconds. Although the duel never took place—Huysmans published a hasty apology—the damage to de Guaita’s reputation was done.

How did some of the most illustrious names of fin de siècle French literature—particularly that of Joris-Karl Huysmans, whose novel À rebours was famously crowned “the breviary of the Decadence” by Arthur Symons—end up in a newspaper battle over witchcraft, magic, and assassination by evil spirits?

In fin de siècle Paris—the age of the Moulin Rouge, the cancan, and absinthe—the burgeoning world of scientific positivism, sensational journalism, and celebrity culture intersected with a shadowy underworld that existed both in opposition to and inextricably part of “modern Paris.” The Parisian intelligentsia’s fascination with Satanism, magic, and the occult in the waning days of the 19th century represented the apex of that era’s intellectual conflicts: science versus religion, positivism versus mysticism, commercialization versus esotericism, forward-looking optimism versus cloistered nostalgia.

For literary-minded Parisians, the world of the occult—Black Masses, spell-casting, the pagan-Christian syncretic rituals of someone like the late Abbé Boullan—embodied this contradiction. Writers like Huysmans and Bois were drawn to the esotericism of the occult—to the idea that it made them special or set them apart in an era of mass production—even as the mechanisms of that modernity (i.e., popular media including papers like Gil Blas) brought that world into mainstream consciousness for mass consumption.

Other writers, like Papus (real name Gérard Encausse), sought to defend occultism against accusations of outright Satanism. In 1895, Papus published Le diable et l’occultisme, an apology for occultism as a means by which “occultists sought to bring back France’s intellectual elite to a belief in the Beyond.” Occultist or Satanic novels, too, drew public interest. Huysmans’s Là-bas, a novel set in a very slightly fictionalized Satanic underworld based on the circles of Boullan and his associates, was likewise a controversial success. Even the Catholic Church published the La revue du diable to keep churchgoers apprised of potential dangerous Satanic influence. The occult captured the national imagination; it was not merely scandalous, but saleable.

As Matthew Beaumont notes in Victorian Review, writing about the analogous occult craze in London, it would be a mistake to see popular interest in Satanism and magic as merely reactionary responses to an increasing bourgeois, materialist society. Rather, Beaumont says, “It was perhaps closer to what Freud called a ‘reaction-formation,’ a compensatory response that represses its complicity with the phenomenon that it constitutes as its opposite.…” In other words, the Parisian intelligentsia’s obsession with Satanism could be seen as a manifestation of its love-hate relationship with modernity. By creating a false dichotomy between an imagined, quasi-Medieval world of occultism (in contrast to some mercantile, mechanized present), many writers were in fact able to explore and capitalize on that present’s most alluring elements.

After all, it is telling that occultists and theosophers of all stripes used the language of scientific inquiry: seeking “proof” for such spiritual and spiritualist concepts as telepathy and the afterlife. Figures like the famous neurologist Jean-Martin Charcot—whose treatment of female hysteria, by stimulating women before male audiences in an operating theater, embodies the era’s performative sensationalism—simultaneously cast themselves as scientific heroes and quasi-magicians. Charcot’s interests, for example, ranged from neurology to mesmerism.

And the worlds of the occult and “new science” often intersected. In a January 1893 article for the British Medical Journal—the same month as the de Guaita duel—British doctor Ernest Hart describes his visit to Paris to investigate some of these new sciences: mesmerism—quasi-mystic hypnotism—central among them.

Hart’s withering description of Charcot’s work—which was accepted as legitimate scientific practice at the time—also highlights how it doubled as public entertainment. Its legitimacy, like the world of Satanism, was contingent upon spectacle. Hart writes:

I am persuaded that they [Charcot’s treatments] are artificial, that I even venture to predict they will cease to exist when the succession, so to speak, of M. Charcot’s trained patients is broken, and when the habit of performance in the wards and theatre of the Salpêtrière is given up….Already there are, happily, signs of a reaction within the school of the Salpêtrière itself. I believe that journalists and the public are now excluded from these performances; the grande hystèrie, with all its stages, is much more rarely seen, and there is reason to hope that it will die out now that the first excitement of this scenic display has weakened, and the performance is felt to be monotonous and wearisome.

Hart is dubious, adding, “I am disposed to think that it is rather the picturesque eccentricity of the phenomena and the striking mise-en-scène to which human automatism lends itself, which has attracted so much attention, than any real medical or physiological importance of the subject.” What is most striking about Hart’s account is how inextricable the world of Charcot—for all its showmanship, considered by Parisians to be real science—is from the world of Satanism and magic.

Hart’s research into mesmerism took him into the orbit of one “Madame W,” who introduces him to “the headquarters not only of a profound hypnosis and the grand hypnotism, but also of the new magic [where he] was introduced to the literature of occult science.” That headquarters, it turns out, is headed by the self-styled “Dr.” Papus (soon to become the author of 1895’s Le diable et l’occultisme). This “occult science”—practiced not in an operating theater, but in a private club—existed alongside, and in dynamic tension with, science that identified itself as mainstream.

Such tension, it turns out, often brought together individuals recognized by the French intellectual establishment with those firmly outside its boundaries. In one passage, Hart details his meeting with one Madame S., a self-styled healer with “a number of black cats…who were her familiars.”

Yet Madame S. had recently crossed paths with someone deemed “legitimate,” the Colonel de Rochas, who is not merely a leading French historian, but also someone whose research in the field of parapsychology was considered by the academy to be a legitimate science. Madame S. told Dr. Hart that de Rochas “came to me to explain my power; but he was not at all satisfied. I do it without magnetism, and that does not please him.” Certain methods of magic—in other words—are understood as scientifically valid (along with its male practitioners); others, like those of Madame S., are dismissed by scientists like Hart as “crude and suitable to her rank in life.”

Yet Hart’s account—published in a place as reputable as the British Medical Journal—provides us with a snapshot of how the “mainstream” and the “occult,” the “scientific” and the “sensationalistic” intersect in fin de siècle Parisian (and to a lesser extent, London) life. Purportedly respectable academics like Charcot and de Rochas were experimenting with processes that we might now associate with magic, while some magicians—like Papus—explained their findings with reference to science. Charcot and Papus alike built their reputations by whetting the public’s appetite for the macabre and the surreal: Charcot, with his medical, often sexualized “performances” and Papus with his inclusion in a long list of scandalous—and best-selling—tomes about occultism in the contemporary world. Far from being opposites, they are two sides of the same coin.

Occultism in Paris was less a counter-cultural movement than an utterly cultural one, one that reflected Paris’s profoundly ambiguous relationship with the technologies and scientific discoveries propelling it onward.

In a passage in Huysmans’s 1891 novel Là-bas, the mystic des Hermies reflects on the prevalence of occultism in Paris. “Magic flourishes when materialism is rife”. But the reality is far more complex. Occultism in Paris was less a counter-cultural movement than an utterly cultural one, one that reflected Paris’s profoundly ambiguous relationship with the technologies and scientific discoveries propelling it onward.

Understanding the “Satanic craze” of Paris might even help us understand similarly seemingly strange phenomena, like the Satanic child abuse scandals that rocked America in the 1980s, when an increasingly widespread belief that day care providers were sexually abusing children in Satanic rites led to a media frenzy.

There, too, we find examples of moral panic as a response to a shifting, modernizing social landscape (e.g., the increasing number of women in the workforce, the outsourcing of child-rearing to day care centers). So, too, do we find a genesis of this panic in a sensationalism made possible by an analogous landscape of media discourse that transforms the diabolical into the celebrity: popular obsession with Satanic sexual abuse began with the bestselling Michelle Remembers, a psychiatrist’s account of helping his patient retrieve false memories.

In 1980s California, no less than in 1890s France, we find that the Satanic, the mystical, and the strange become the battleground over which wider questions of culture, tradition, and modernity are fought. What seems at first glance to be one of fin de siècle Paris’s strangest subcultures tells us, in the end, about Paris itself. 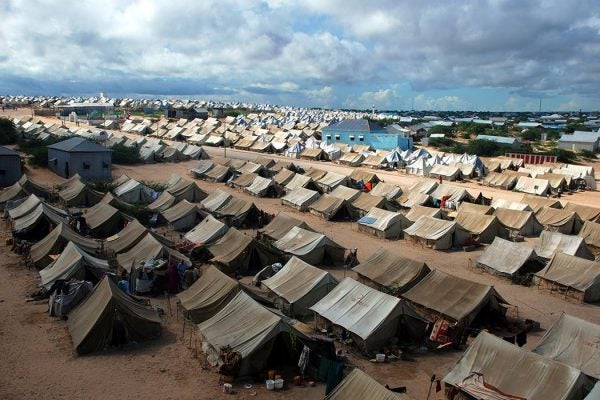 The Power of Tent City Politics

How demonstrators can use their collective strength to force local governments to address a set of grievances.