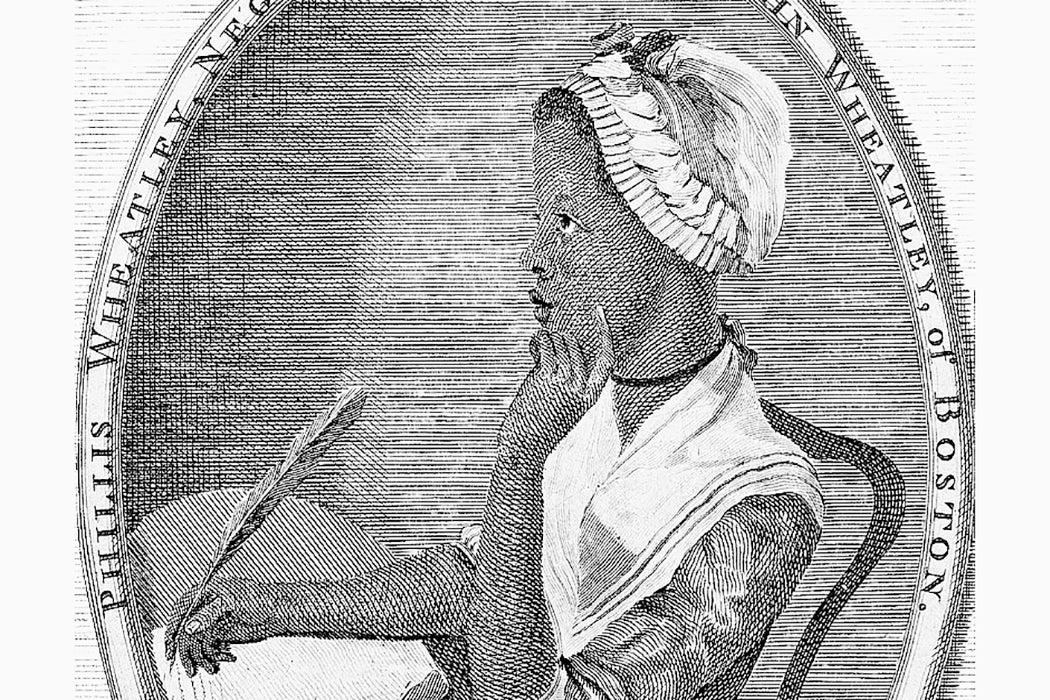 The 2017 thriller Get Out, which won Jordon Peele an Oscar for Best Original Screenplay, has been praised for its ability to demonstrate the insidiousness of racism. The movie highlights the idea that even racial “tolerance” is sometimes only thinly-masked fetishism and appropriation. While the movie is new, the sentiment is not. In fact, Phillis Wheatley, the famed African American poet of the American Revolution, has a lot in common Get Out’s protagonist, Chris Washington.

Phillis Wheatley was the first African American of either gender to publish a book of poetry. She was born in Africa and taken by slave ship to America when she was about seven years old. In Boston, she was purchased as a personal companion to Mrs. Susannah Wheatley—a prominent member of the community and wife of tailor John Wheatley. In the Journal of Negro Education, scholar Eleanor Smith notes that Phillis was a child prodigy who “grew to be the only representative black woman generally recorded as a product of the Revolutionary Period.” She was taught to read and write, learned English and Latin, and became a showpiece for the Wheatleys. Her acceptance in white circles was due largely to the race-neutral nature of her poems, which she began writing as a young teen.

Scholars now believe that within Wheatley’s poems lay double meanings that allowed her to speak directly with her kinsfolk.

Wheatley has remained a controversial figure in the black community due to the lack of race consciousness in her poems. However, during the past few decades, scholars have argued that this silence was both ingrained from her masters and necessary for survival. Smith argues that Wheatley’s assimilation into white society was a requirement and not a wish: “By treating her somewhat better than other slaves and by allowing her to come into their personal lives, the Wheatleys were preparing Phillis to be completely controlled by them.” Like Get Out‘s Chris Washington, Wheatley was often used as a showpiece at white events. Always on the arm of her mistress, she performed readings of her poems and told stories to wealthy guests. While Susannah was harsh with her other slaves, “she loved the ornamentation provided her by Phillis.” In fact, she did not allow Phillis and the other slaves to converse with one another.

After the death of both John and Susannah, Wheatley was set free. Despite her status as a prodigy, she was relegated to an impoverished life and was buried in an unmarked grave. Her poetry has survived, and scholars now believe that within her poems lay double meanings that allowed her to speak directly with her kinsfolk. In the poem “To the Right Honorable William, Earl of Dartmouth…” she writes:

No more America in mournful strain

Of wrongs, and grievance unredress’d complain,

No longer shalt though dread the iron chain,

Which wonton tyranny with lawless hand

Has made, and with it meant t’ enslave the land.