The Private Life of a Cat

Maya Deren was a fringe filmmaker who existed far outside the Hollywood machine, but she often borrowed its tactics to promote herself and her movies. 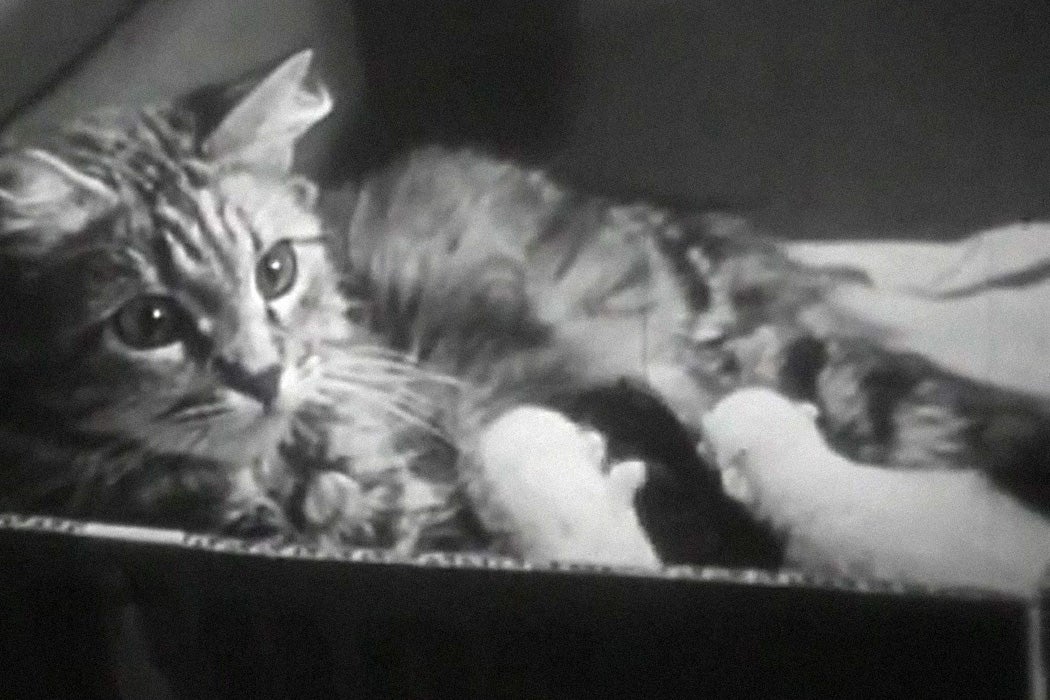 “Maya was much more serious than I am,” Jonas Mekas wrote of his friend, experimental filmmaker, Maya Deren, whose strange, unconventional movies from the 1940s earned her the moniker, “mother of avant garde.”

Mekas continued, “When necessary she could look at things with more detachment. One of the strongest disagreements between Maya and myself had to do with this detachment. Maya was totally against improvisational, spontaneous, diaristic cinema. A film, every detail of it, had to be planned with utmost seriousness. When I now think about Maya’s images of herself, I know that they were all carefully planned.”

Exploiting conventional ideas of glamour and femininity, Deren pushed her work in front of new audiences.

Mekas was talking about the images of Deren on film—she often starred in her own movies—but he could’ve just as easily been talking about the images of Deren published in film programs, marketing materials, and magazines. Though Deren was a fringe filmmaker who existed far outside the Hollywood machine, she often borrowed its tactics in the way she promoted herself and her movies. Exploiting conventional ideas of glamour and femininity, Deren pushed her work in front of new audiences, and in the process, helped avant garde film gain a firmer foothold in the American consciousness.

Deren’s family left Ukraine when she was still a child. Seeking refuge from the anti-Semitic pogroms of the Russian Civil War, they settled in Syracuse, New York, where Deren’s father established himself as respected psychiatrist. Deren’s mother, a musician and dancer, took her to Europe as a teenager so she could study at an international school in Geneva; when they returned, she enrolled in Syracuse University and later New York University. That brought her to Manhattan, where she was quickly swept up in the bohemian art scene.

Initially working with her husband, the Czech filmmaker Alexander Hammid, Deren created challenging, unsettling shorts like Meshes of the Afternoon, The Witch’s Cradle, and The Private Life of a Cat. These films could be tough sells to a wide audience, though Deren herself had wide appeal. “A small, extraordinarily beautiful woman with cheekbones that would’ve made Ava Gardner jealous,” in critic Dave Kehr’s estimation, Deren often appeared in her film’s publicity materials, and even made it onto the pages of Glamour in 1946. This was not an accident. As film studies professor Maria Pramaggiore argues, “Maya was an expert at manipulating images; although committed to exploring their aesthetic potential, she was no innocent when it came to exploiting their commercial appeal.” Deren frequently included a portrait of herself on posters and flyers that publicized her screenings, which, Pramaggiore writes, “heralded her arrival at colleges and museums as she traveled around the country, urging visual freedom from Hollywood and promoting independent production and distribution.”

Deren’s curation of a star image is also apparent in the press she received. In publications ranging from the New York World-Telegram to Esquire discussions of her good looks were entwined with reviews of her craft, usually under an attractive photo of the artist. The picture that ran in Glamour is particularly striking: Deren sits in a chair with her curly hair swept to the side and a slight smile (accented with lipstick), arms pinned demurely behind her back. This was an image totally at odds with the Deren we see on film—who wielded knives and crawled between different, dream-like states of existence—but it helped secure attention for her work Pramaggiore further argues that one famous shot of Deren from Meshes of the Afternoon helped her legacy endure after her death, as the beautiful image has since been reproduced on film programs and publications (and now, Etsy illustrations and “historical babe” Tumblrs) for decades.

In using her own image to promote avant garde film, Deren was simply doing what so many other women filmmakers have done before and after her: manipulating a fundamentally sexist system for her own gain. By replicating a small aspect of the Hollywood she loathed, Deren was able to widen the opportunities for herself, as well as friends like Mekas and the avant garde artists who followed them.

Performance and Persona in the U.S. Avant-Garde: The Case of Maya Deren
By: Maria Pramaggiore
Cinema Journal, Vol. 36, No. 2 (Winter, 1997), pp. 17-40
University of Texas Press on behalf of the Society for Cinema & Media Studies 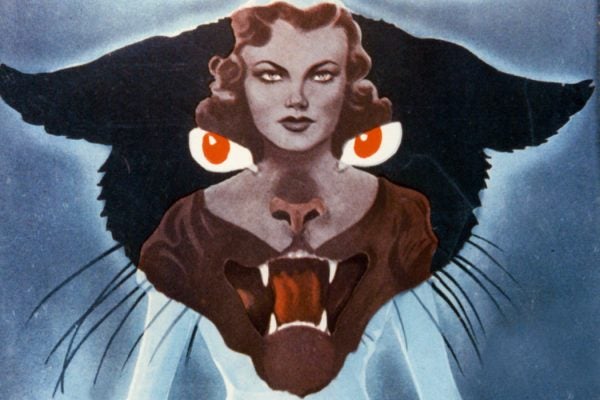 Notes on the figure of the feline in horror.