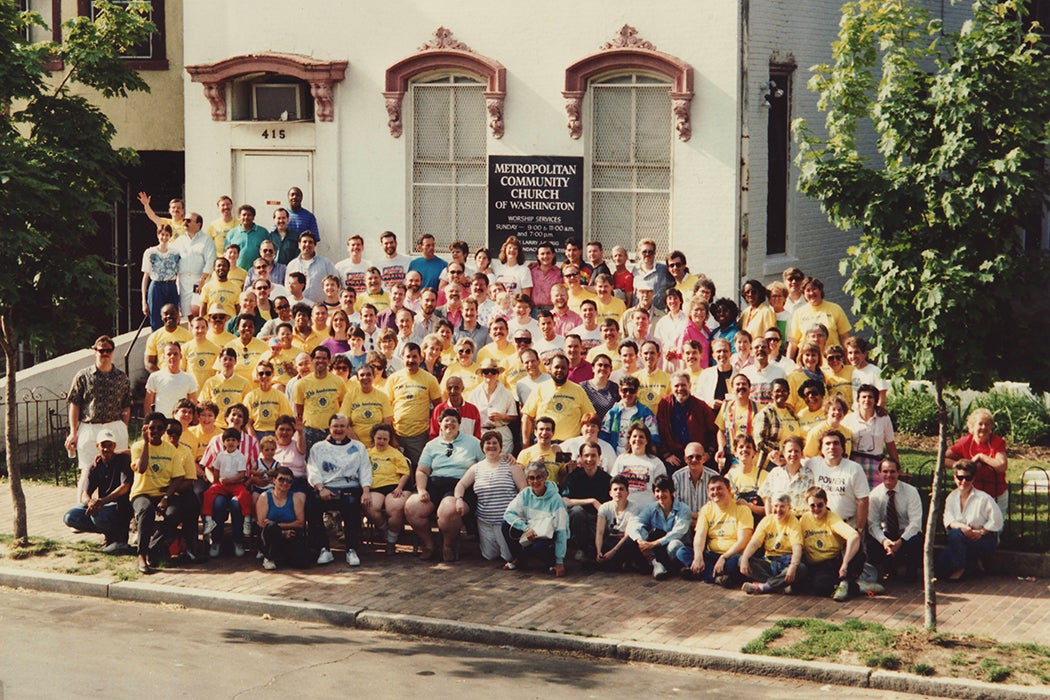 The Vatican recently restated that it would not bless same-sex unions, disappointing but perhaps not surprising LGBTQ Catholics. The issue has been controversial in Catholic communities for decades. As religious studies scholar Heather Rachelle White writes, related controversies helped spur the birth of new LGBTQ-friendly churches in the mid-twentieth century.

In 1946, White writes, a priest at one of Atlanta’s Catholic churches denied the sacrament to people who admitted they were homosexual. In turn, the rejected parishioners created what member Helen Pappas called “the world’s first gay-oriented church.” A small group—“old and young; men and women; gay and non-gay,” according to Pappas—gathered at an altar made from two cocktail tables. The members of the nascent church found a pastor named George Hyde, a former Catholic seminarian who had been dismissed on charges of sexual misconduct with another man. They named the fellowship the Eucharist Catholic Church.

As the “homophile movement” coalesced in the 1950s, White writes, church and other new, or newly welcoming, religious institutions played an important role. Many LGBTQ activists desperately wanted a way to reconcile their religion and their sexual orientation.

One Time magazine story claimed that gay churches, with their “flaunted brand of homosexual Christianity,” would “strain the patience of most churchgoers.”

White writes that the media soon picked up on the “gay church” movement, with varying degrees of sympathy. One Time magazine story claimed that gay churches, with their “flaunted brand of homosexual Christianity,” would “strain the patience of most churchgoers.” Many LGBTQ Christians responded that they were simply looking for churches where they felt welcome. As one MCC pastor wrote, “we are not a gay church…we worship God like anybody else and the fact that we’re gay has very little to do with it.”

But within these churches, there were many debates about how to be LGBTQ and Christian. Should same-sex couples have religious weddings? Could Christianity permit having sex with more than one partner? Was it possible to root gay rights activism in Christian morality?

Perry, the MCC leader, answered that last question in the affirmative, despite some dissent from more conservative church members. He helped organize public events. At one rally, signs read “The Lord Is My Shepherd and He Knows I’m Gay” and “Oral Can Be Moral.”

Meanwhile, White writes, under pressure from Catholic officials, Father Nidorf left the leadership of Dignity. But the group continued to grow, adding chapters around the country under lay leadership. In 1976, a journalist at the National Catholic Reporter described Dignity as “a fishbone lodged in the throat of the Catholic Church. The institution can’t swallow it; and it just won’t go away.”

Decades later, the question of how the church relates to LGBTQ Catholics remains just as intractable.

Proclaiming Liberation: The Historical Roots of LGBT Religious Organizing, 1946–1976
By: Heather Rachelle White
Nova Religio: The Journal of Alternative and Emergent Religions, Vol. 11, No. 4 (May 2008), pp. 102-119
University of California Press