The New Legacy of Casimir Pulaski

New findings reveal that the Polish war officer who aided the American Revolution may have been intersex. 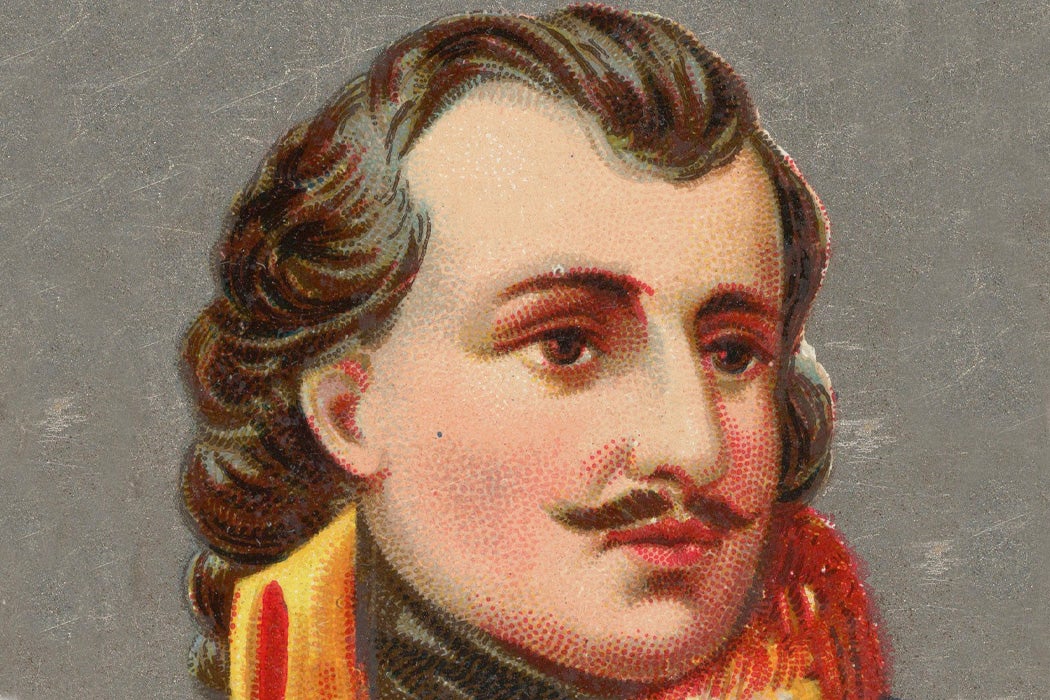 According to new DNA findings, General Casimir Pulaski, the Polish aristocrat who aided the American Revolution as the “Father of the American Cavalry,” seems to have been intersex. That is, a person who combines both male and female traits, which can be anatomical, hormonal, gonadal, and/or chromosomal.

“Intersex” is a socially-constructed category that, in the words of the Intersex Society of North America (INSA), “reflects real biological variation” along a gender spectrum. The Society states that intersex anatomy doesn’t necessarily show up at birth: “Sometimes a person isn’t found to have intersex anatomy until she or he reaches the age of puberty, or finds himself an infertile adult, or dies of old age and is autopsied. Some people live and die with intersex anatomy without anyone (including themselves) ever knowing.”

The bodily remains include a pelvis and facial structure that are characteristically female.

In Pulaski’s case, the bodily remains include a pelvis and facial structure that are characteristically female. Baptized a boy, and usually pictured with facial hair, Pulaski was evidently an example of the small proportion of people who, in the words of the UN Office of Human Rights, “do not fit the typical definitions for male or female bodies.”

Exiled from a Russia-dominated Poland, Pulaski arrived in Massachusetts in July 1777 with a letter of introduction from the Marquis de Lafayette. Like the Marquis de Lafayette, Baron Von Steuben, Baron Johann de Kalb, and Tadeusz Kosciuszko, Pulaski heard the call of the American revolution from afar. That led to a meeting with George Washington. Soon Pulaski was put in charge of the 700 men of the Continental Army’s cavalry. Employing European methods and strong advocacy for horse-mounted warfare, Pulaski rode into American, and Polish-American, fame.

Scholar Joseph A. Wytrwal reminds us how grateful the young American Republic was to Pulaski, who died of wounds received in the battle of Savannah in 1779. Wytrwal details the monuments and memorials to the General in the United States. There are at least six cities and six counties, as well as numerous streets, squares, and parks, named after Pulaski. And of course there are statues: in Detroit, Savannah, Philadelphia, Stevens Point, Flint, Hartford, and Providence, among other places.

At the 1910 unveiling of one of these statues in Washington, D.C., President Taft spoke. He described Pulaski as “a knight of blood and bones, son of a knightly nation, chivalrous in his manhood and habits, brave and fearless, [who] was at the same time kind and understanding in all his dealings with his fellow-men.”

Historian Angela Pienkos writes that the Continental Congress resolved to have a monument built in Pulaski’s honor, but it took more than a century for that to happen in Washington. This was, she writes, “only after much political pressure from newly formed Polish American organizations making their debut in national civic affairs.” Pienkos also details how Pulaski became a Polish-American “ethnic folk hero,” uniting a heroic figure in the struggle for American independence with people often treated abysmally as immigrants.

Will the findings change Pulaski’s status as a hero? In one NBC news story, the president of the annual Pulaski Day parade in New York City responded to these new revelations about Pulaski: “I’d heard something about this before, but I’m a little shocked by this. But in this day and age, I don’t think it will matter to most people. I really believe that the majority won’t care, and it doesn’t take away from the fact that Pulaski was a Polish-American hero.”

There may well be a new reason to celebrate Casimir Pulaski, whose experience as a human helps to reveal rigid binary definitions of sex as a social construction. Gender is much more complicated and interesting than biologically-suspect definitions of biological sex.