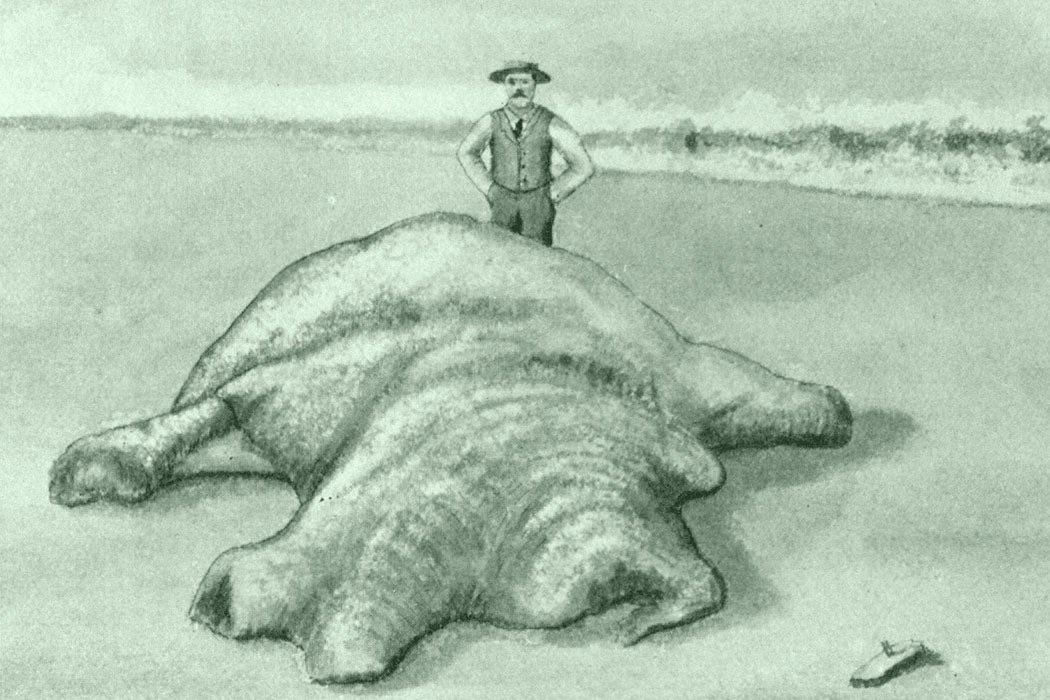 A drawing by Verrill. With the "St. Augustine Monster," 1897
via Wikimedia Commons
By: Bess Lovejoy
3 minutes
Share Tweet Email Print

Toward the end of 1896, two boys walking on the beach in Anastasia Island, Florida, made a curious discovery. A giant, pear-shaped blob of grayish goo lay sprawled out on the sand, bulbous at one end, seemingly mutilated appendages trailing off at the other. The blob—which the press would later dub “The St. Augustine Monster”—was about twenty-one feet long, seven feet wide, and weighed an estimated seven tons.

The two boys reported their discovery to a local physician and amateur naturalist named Dr. DeWitt Webb, who was president of the local St. Augustine Scientific Society. Webb set about to “haul it up above the high tides (a task that required the efforts of several horses and men), and to inform the scientific community of its existence,” as Sidney K. Pierce, Gerald N. Smith, Jr., Timothy K. Maugel, and Eugenie Clark write in the Biological Bulletin. Once bound by ropes and hauled to the safety of higher ground, the blob came up nearly to Webb’s elbow.

Although he was an amateur naturalist, Webb had a theory: the remains were of a gigantic octopus. Long storied as the bane of sailors and the inspiration for mythical sea monsters such as the kraken, the idea of the gigantic octopus tantalized marine scientists for years, although its existence had never been conclusively proven. (Large species such as the giant Pacific octopus, which can reach twenty feet long, do exist, but the gigantic octopus was theorized to be much larger—ship-wreckingly larger.)

Webb wrote to the pre-eminent invertebrate naturalist of the day, Yale’s Professor A. E. Verrill. Based only on photos and written descriptions, Verrill quickly concluded that the remains were of a “true Octopus, of colossal size . . . one of those upon which the sperm whale feeds regularly.” His proposed name for the species: Octopus giganteus.

But almost as quickly, Verrill changed his mind. As Pierce et al. write, “Based upon more photographs, measurements, and descriptions of the carcass after it had been entirely unearthed from the beach sand, along with several formalin-preserved pieces of the tissue, Verrill retracted his rapidly drawn, initial conclusions.” Writing in The American Naturalist in April 1897, Verrill explained that he’d been misled by reports of an attached 36-foot-long arm buried in the sand, as well as by “ridges at the mutilated end, then supposed to be the stumps of mutilated arms, [which] seemed to confirm the view that the mass was the mutilated body of a huge octopus.” Verrill now concluded the beast had more likely been a sperm whale “with an abnormally enlarged nose, due to disease or extreme old age, which, if detached, might resemble this mass externally at least.”

Unfortunately, scientific retractions frequently get less attention than their original papers, and other scientists continued to favor the gigantic octopus idea. A three-part report published in Natural History in 1971 based on histological studies, “confirmed” the octopus idea, although as Pierce et al. write, “because the report of these histological studies was written for a general, rather than scientific audience, it lacked a rigorous description of protocol and observations.”

It was only in the 1990s that the true facts on the St. Augustine Monster first came to light, thanks to work by Pierce et al. Using electron microscopic and biochemical analyses, his team found that the carcass was a mass of “virtually pure collagen” without the “biochemical characteristics of invertebrate collagen, nor the collagen fiber arrangement of octopus mantle.” It was in fact a large piece of vertebrate skin, long decomposed in the ocean, from “a huge homiotherm” (a warm-blooded creature), with collagen banding periodicity that resembled whale blubber. The team wrote, “Altogether, and with profound sadness at ruining a favorite legend, we find no basis for the existence of Octopus giganteus.”

In 2004, DNA analysis confirmed the whale blubber theory. But marine goo still periodically washes up on the world’s beaches, tempting those who want to believe in mysterious tentacled giants. 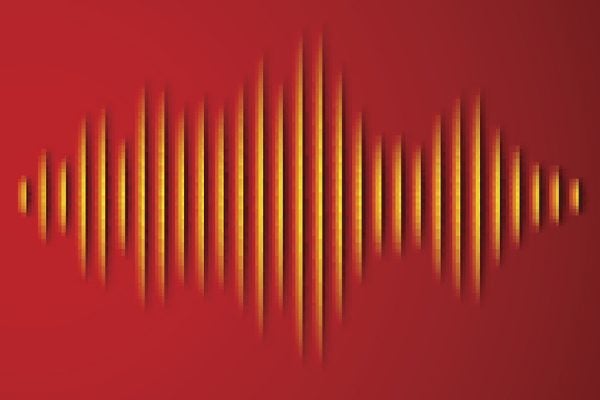 What's noisier, nature or civilization? Whether we consider the sounds of nature to be pleasant or menacing depends largely on our ideologies.