The Memoirs of Catherine The Great

Catherine II ruled Russia for many years. She also wrote her own memoirs, in a time when such writing was considered inappropriate for a monarch. 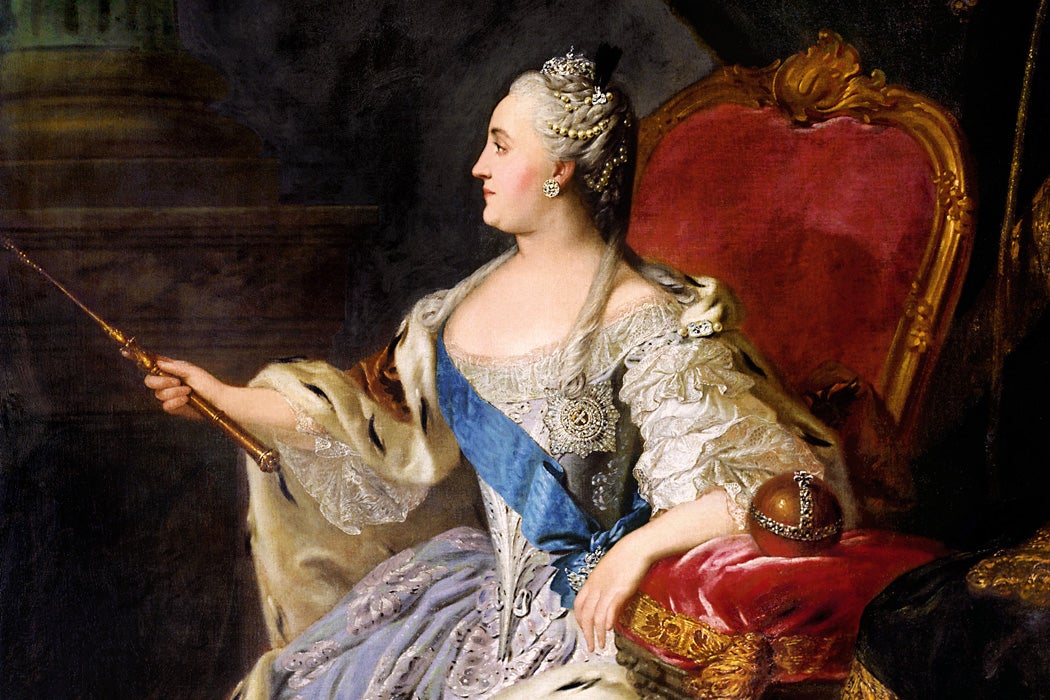 Sophie of Anhalt-Zerbst might have been just another Prussian princess lost to history if she hadn’t been married off in 1745 to a descendent of Peter the Great. Her German-speaking, pro-Prussian husband inherited the throne of Russia in 1762, becoming Tsar Peter III. Sophie had already converted to Orthodoxy, taken a Russian name (Yekaterina Alekseyevna), and learned to speak Russian. Six months into her husband’s rule, she led a coup d’etat against him, and he was either assassinated or accidentally killed off. As Empress Catherine II, she ruled Russia until her death in 1796. She became known as Catherine the Great.

The Empress wrote about herself, which was not something monarchs of the age tended to do.

Delving into Catherine the Great’s voluminous writings, scholar Monika Greenleaf reveals that the Empress wrote about herself, which was not something monarchs of the age tended to do. Memoir was, Greenleaf writes, a “curiously intimate, even inappropriate genre” for a monarch:

Royal representations traditionally relied on religious and military pageantry, architecture, mythological art and spectacle, and heroic theater to convey its implicit narrative of divinely ordained authority; and Catherine was a master of all such visual forms of symbolic and theatrical display.

Catherine wrote autobiography at the dawn of the genre as we now know it. Greenleaf notes that Catherine needed to “parry the many unflattering narratives generated by her startling rise.” Being a “foreign and usurping queen,” Catherine wrote as “a preemptive strike against the biographers and memoirists who were eager to write her history for her.”

“Autobiography was perhaps the crowning genre in the Enlightenment system of genres,” Greenleaf writes, “a strictly verbal proof of the power of individual reasoning to overcome external obstacles, examine its own consciousness, and submit a unified vision of life to the reason of the public.” When Catherine started writing about her life, the great models of Rousseau, Boswell, Franklin, and Hume didn’t yet exist. When she finished, her writings were buried in the state archives for more than half a century, so it took some time for her pioneering work to be recognized.

Catherine willed her memoirs to her “irreparably alienated son” and heir Paul. Tsar Paul Iiked his mother no more than Catherine had liked her husband, who may not have been Paul’s father. Technically, Paul should have become Tsar immediately following his father’s death, so Catherine was seen by many as a usurper. Greenleaf hypothesizes that this may have contributed to Catherine’s decision to keep her writing in a vault after her death.

Perhaps her suppression of her past (and the dynastic break it contained) was an act of restitution to Paul, so long forestalled from his own royal future. Perhaps Catherine recognized that her superimposed tales of feminine captivity, princely dissembling, marital abuse, and androgynous self-fashioning would fail to generate the unifying myth of Russian national identity the times demanded.

In the end, Greenleaf writes, it seems that “Catherine broke her alliance with the sphere of publicity and sacrificed her memoirs to the family and the national interest. We can only speculate that she trusted the archive’s capacity to keep secrets for posterity.”

But the secret leaked, and her memoirs were published for the first time in 1859 by Alexander Herzen, the Russian revolutionary in exile in London. Translated into multiple languages, they were the talk of Europe. Greenleaf concludes: “She knew she had written her name on an era, even if an autobiography could not plausibly contain the story.”