The Mam In Oregon

Guatemalan immigrants, bringing with them unique skills and knowledge, are adapting to their new homes and communities in the Pacific Northwest. 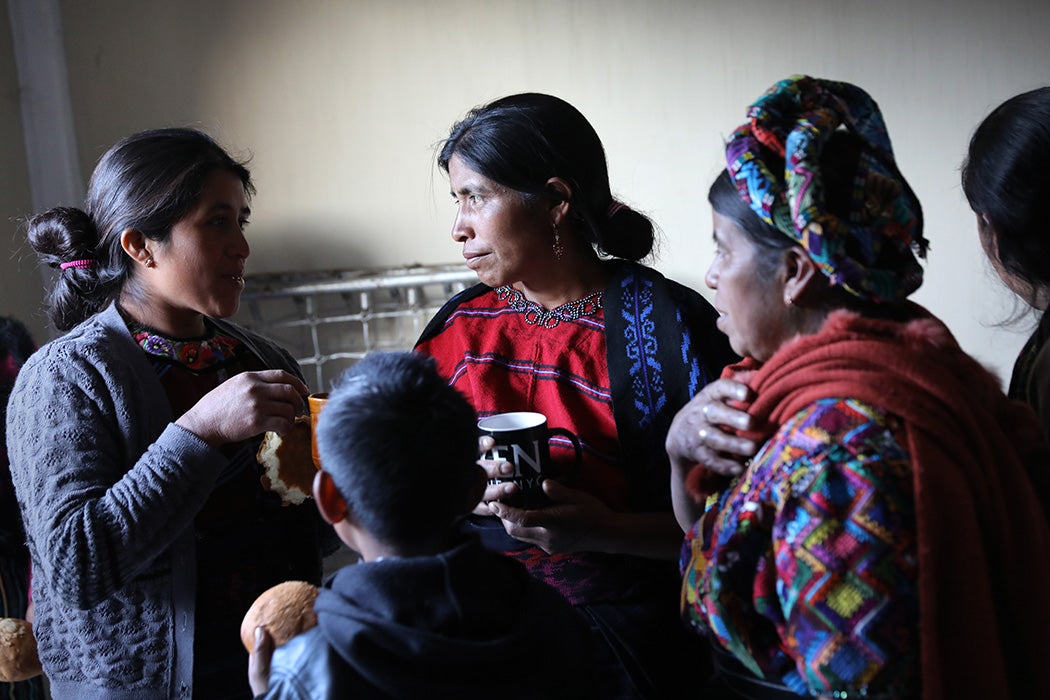 Where are immigrants to the United States coming from and why are they coming?

The twenty-first century may well see human migration on an unprecedented scale because of an overheating planet and its associated political-environmental disasters. It can be instructive to examine how people, who didn’t create the disasters from which they are fleeing, are currently coping, adapting, and surviving through transnational movement.

Consider the indigenous Guatemalan migration to Oregon that began in the 1980s. Members of least four different linguistic and ethnic Guatemalan Mayan groups were propelled north by the genocide committed by the US-government-supported military dictatorship.

Anthropologist Lynn Stephen explores how some of these Guatemalans, Mam-speakers from Todos Santos Cuchamtán, in the Department of Huehuetenango, have built a transborder community connecting the northwestern state and Guatemala. According to Stephen, “transborder communities extend historical bases to other places, across national, racial, and ethnic borders, and link them through economic and social networks.” This includes larger Mam and other Guatemalan communities across the US, most notably in Los Angeles, Oakland, and Washington, DC.

In 1954, a US-backed military overthrew the democratically elected government of Jacobo Arbenz, inaugurating four decades of dictatorship and civil war.

Guatemala’s history is key to the “push” factor propelling people away from the Central American country. The nation was basically run as a plantation of the United Fruit Company, backed by the US government, until a revolution in 1944. In 1954, a US-backed military overthrew the democratically elected government of Jacobo Arbenz, inaugurating four decades of dictatorship and civil war.

Indigenous people were especially targeted by the army, explains Stephen. The Commission for Historical Clarification, the national truth commission (1997–1999), attributed 93 percent of human rights violations to the state itself. In interviews with Stephen, Mam migrants recount their memories of the period that has become known as “La Violencia”—horrific massacres, displacements, and disappearances that ravaged the country and brutalized generations.

By 1985, an average of 13,000 Guatemalans were entering the US each year. Some came to the Portland, Oregon, area, settling with Mexican migrants working in agriculture (berries, hops, and row crops) and forestry. The 1986 Immigration Reform  and Control Act and the Special Agricultural Workers Program “were crucial legal resources for settlement in Oregon.” Legal residency meant the ability to travel as well as to apply for residency for family members left back in Guatemala.

The long war in Guatemala formally ended with peace accords in 1996, but police, drug, gang, and paramilitary violence have all continued to destabilize the country. And as chronicled in testimonies collected by Stephen, gendered violence—the beating, raping, and killing of women and girls—has become acute.

Such threats exist along the hazardous migration routes north as well. Stephen notes that unofficial estimates of the number of Central Americans who have disappeared making their way north during this century run from 70,000–150,000. Organized crime groups, corrupt officials, and vigilantes—from the “gauntlet of Mexico” to brutality at and beyond the US border—all take their toll. The attention given to “caravans” of children and adolescents is notable for making “thousands of undocumented women […] largely invisible in most media depictions.”

“Undocumented” status means that those who successfully run the gauntlet nevertheless still live in a state of fear in the US. This makes them readily exploitable—by agricultural interests and other profiteers, enforcement bureaucracies, and anti-immigration political groups. Nevertheless, says Stephen of the Mam, “they are resilient people determined to find safety, protection, and dignity for themselves and other families.”

Like the “Germans, Swedish, Irish, English, and other immigrants who have settled in Oregon,” Stephen writes, “Guatemalan immigrants are adapting to the state and integrating their families into local communities, bringing with them unique skills and knowledge.” And forging a new definition of home.