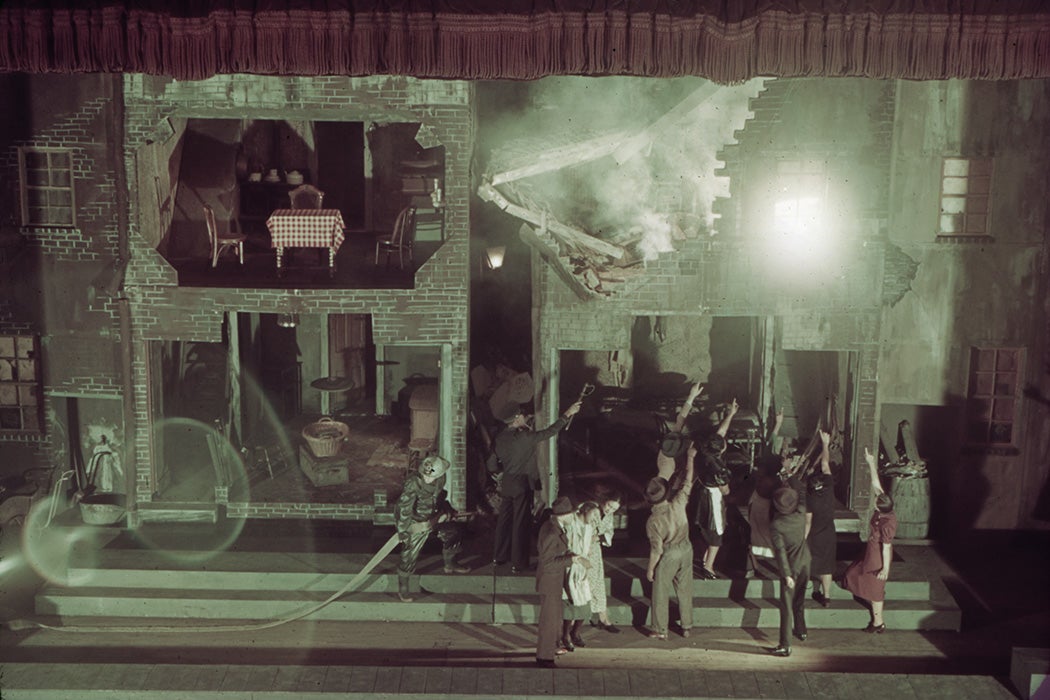 As unprecedented as the COVID-19 pandemic seems, 2020 wasn’t the first time American theater professionals found themselves in a difficult situation, without jobs or audiences due to Broadway closures. In the 1930s, when the Great Depression rather than a novel coronavirus pushed theater workers into dire straits, the government stepped in to provide a much-needed shot in the arm with the nation’s first publicly funded arts program.

Operated between 1935–1939, during Franklin Delano Roosevelt’s first presidential term, the Federal Theatre Project (FTP) was an effort by the government, within the larger context of New Deal social programs, to provide viable, salaried opportunities for out-of-work theater professionals. The Works Progress Administration selected Hallie Flanagan, a multi-talented author, playwright, director, and producer, to lead the program. Her stated mission was plain and ambitious: “The primary aim of the Federal Theatre Project,” she wrote, “is the reemployment of theatre workers now on public relief rolls: actors, directors, playwrights, designers, vaudeville artists, stage technicians, and other workers in the theatre field. The far reaching purpose is the establishment of theatres so vital to community life that they will continue to function after the program of this Federal Project is completed.”

Under Flanagan’s guidance, the FTP produced and performed classical theater as well as experimental productions in a network of regional venues across the nation, expanding access to theater for everyday Americans at a time when entertainment was welcome and needed. A majority of the shows were presented either free of charge or for token admission, the purpose of the program being to employ people rather than to generate ticket income.

FTP productions ran the gamut. The program staged Moliere, Ibsen, Shaw, and Shakespeare, sure, but they also presented circus and vaudeville shows; programmed multicultural productions based on Cuban, Spanish, German, and Yiddish content; and formed seventeen “Negro Units” dedicated to advancing Black theater. The programming was both progressive and experimental—in addition to original works, NTP theatres presented a swing version of Gilbert and Sullivan’s Mikado as well as a Harlem production of the so-called “Voodoo Macbeth,” an adaptation by Orson Welles that engaged an all-Black cast to perform Shakespeare’s play in a fictional Caribbean setting modeled on Haiti. (In addition to the theatrical work, the FTP also employed photographers to document the productions, meaning that we have access today to thousands of behind-the-scenes images.)

So-called Living Newspaper plays were among the most popular of the NTP offerings. Scripted from the front pages, these productions employed an honest-to-goodness editorial staff to scour the news and turn current events into dramatic entertainment, typically interpreted through a progressive lens. Part drama, part protest, part educational endeavors, these plays brought Depression-era social, political, and economic concerns to life, turning social activism into pro-government reality drama. Productions often featured flashy technologies like motion pictures, live stunts, or lantern slides, with an omniscient narrator guiding an “everyman” character through the perils and benefits of modern life, like Christmas ghosts dragging Ebenezer Scrooge through the consequences of his life choices.

Even critics admitted that, while the political messaging could be heavy-handed, the productions were exciting. “The Living Newspaper method is, of course, earnest, partisan, bitter and given to a Left Wing point of view,” wrote critic Richard Watts, “but it is almost invariably forceful, striking and remarkably skillful.”

The Living Newspaper performances struck a chord with a nation suffering from a collapsed banking system, a 25% unemployment rate, and critical housing shortages. Characters in Power acted out Edison’s invention of the light bulb and argued the benefit of government-sponsored energy utilities like the Tennessee Valley Authority for struggling Americans. (As one lyric praised, “The Government employs us / Short hours and certain pay / Oh things are up and comin’ / God bless the T.V.A.”) One Third of a Nation, which took its title from President Roosevelt’s lament in his second inaugural address (“I see one-third of a nation ill-housed, ill-clad, ill-nourished”), delved into the American housing crisis. The play began with a live, four-story tenement fire onstage before touring Angus K. Buttonkooper, a character who leaps to the stage from the audience, through a system of crooked landlords, slum development, and economic inequality. The Living Newspaper play Spirochete, in an effort to break the longstanding silence around syphilis infection, described the history of the illness and urged for widespread public and prenatal testing.

These plays were wildly popular—more than 200,000 people saw One Third of a Nation in New York alone—and they were often adapted to suit the specific political and social conditions of the city or region in which they were being staged. Not every audience was given a full voice, however. Though Living Newspaper plays about anti-Black racism were proposed and scripted (scholar Paul Nadler identifies three), none made it past draft form to production, perhaps because these performances were supposed to be presented as nonfiction, and, “in the case of race, at least, the Federal Theatre organization appears to have felt safer performing with its shield raised high.”

The program was defunded in the summer of 1939, after a series of hearings by the House Un-American Activities Committee questioned the program’s possible Communist leanings (and asked, on the record, if Christopher Marlowe was a Communist). As the first government-funded arts program in the United States, though, the legacy of the FTP is a positive one: Flanagan, writing for the American Magazine of Art in 1936, pointed out that her program was employing more than twelve thousand people, from actors to ticket-takers, and was working on 153 stages in 28 states, to tremendous public demand. 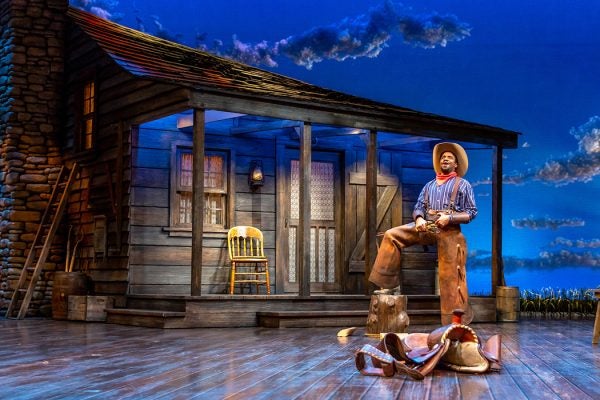 Rodgers and Hammerstein's musical was revolutionary in the way it “integrated” music, dance, and dialogue. Or was that language just a marketing ploy?