The Last Vigil of the Octopus Parent

For some species of octopus, reproducing is a lonely act that ends in death. 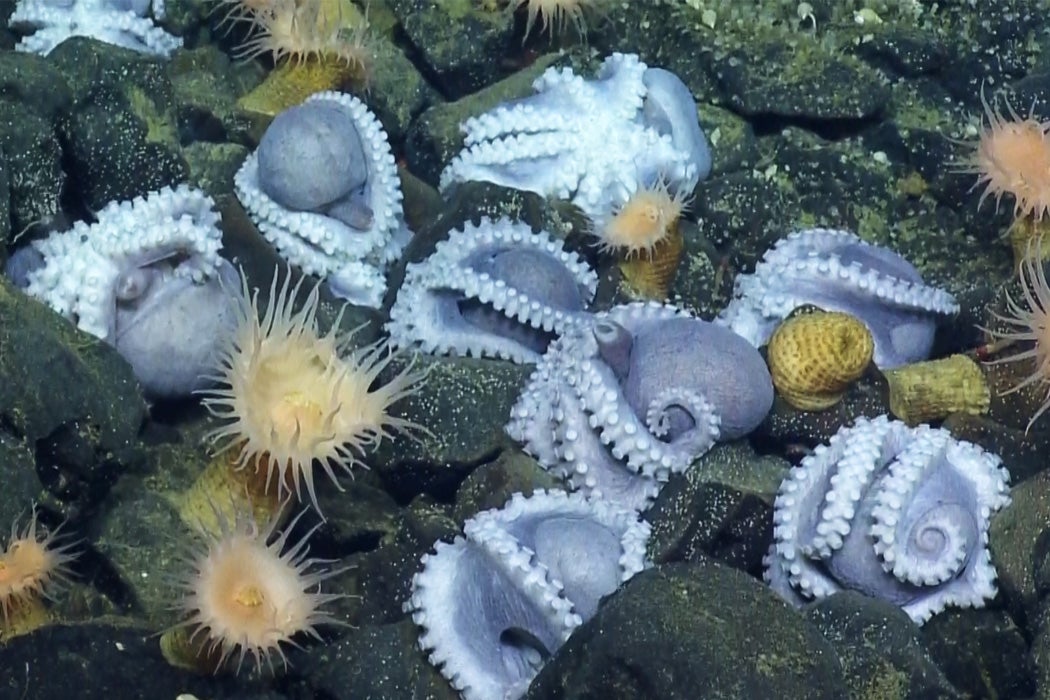 Two miles below the ocean’s surface off the coast of central California, researchers recently spotted what looked like a forest of ghostly blobs. The blobs turned out to be more than a thousand female octopuses, all brooding their eggs. The event is noteworthy because Muusoctopus robustus, a deep-sea species of octopus, had not been witnessed in such large numbers before. For many species of octopus, in fact, egg brooding is a lonely final act. It’s the culmination of a series of major physiological changes that will eventually culminate in the death of one generation and the start of another.

Octopuses do not generally seek companionship, but brooding females are especially isolated.

As summarized by Martin J. Wells and Andrew Clarke in Philosophical Transactions, the final months for many, although not all, species of octopus are consumed by reproduction. Females can mate before they become fully sexually mature, storing sperm from a male for several weeks. At maturity, the female’s sex organs grow at the expense of muscle and other tissue. Metabolism increases, and the female lays her clutch of eggs on some type of surface. A brooding octopus will guard her eggs and keep them clean of sand and debris. During this time she changes her style of feeding and eats much less than before. As her eggs mature, she wastes away, eventually dying not long after hatching. Males fare similarly, eating less and less until they, too die.

This behavior is caused by small optic glands. A product of these glands stimulates the enlarging of sex organs and the reduced appetite. Jerome Wodinsky notes that when these glands were removed in a post-spawn octopus, both males and females of the species Octopus hummelincki soon regained their appetite and old feeding habits. Males began gaining weight immediately after the glands were removed; females took longer but they, too, eventually began to gain weight. Eventually, many gland-free individuals exceeded the previously known weight limit for the species in Wodinsky’s experiment. Females stopped brooding their eggs. All the octopuses with glands removed lived longer than their counterparts that still had them.

This explains why the octopuses die after giving birth, but why do they so often keep to themselves during this process? Octopuses do not generally seek companionship, but as biologist Tara J. Anderson discusses in Marine Ecology Progress Series, some brooding females are especially isolated. Tethered to a shelter by the need to care for their eggs, and with no desire to range out from a shelter to feed, many brooding females of the species Octopus tetricus hunker down deep in a crevice with their eggs. More so than other octopuses, they tend to barricade the entrances with shells and rubble. Partially this may reflect that a brooding octopus has no real use for a door, but Anderson believes that brooding females are also highly vulnerable to predators.

So barricaded inside her personal fortress, predestined by biology, the female octopus spends her last weeks—or sometimes even years—ensuring the success of the next generation. Already destined to make the same sacrifice, the tiny babies will hatch and scoot past their dying mother to start the cycle again. 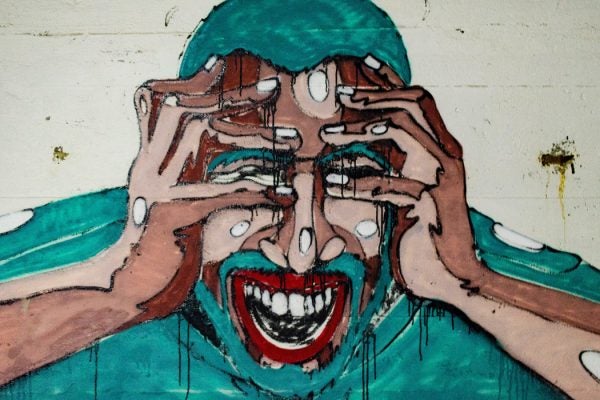 One bioethics scholar wonders if modern medicine is in danger of pathologizing what are painful, but normal, human experiences.