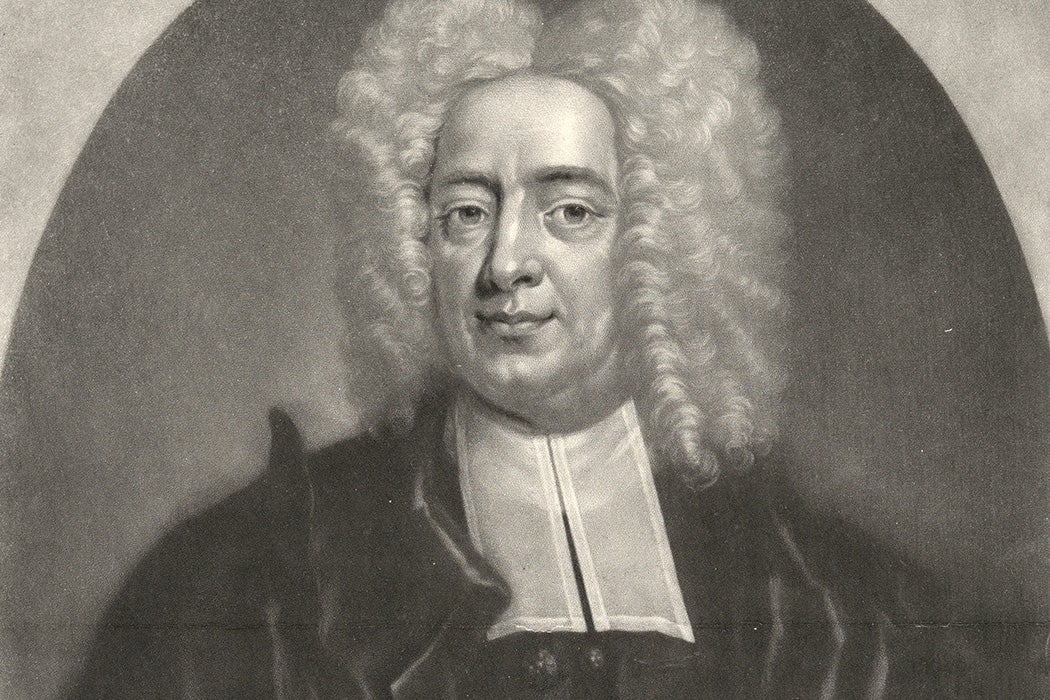 Debates about inoculation? They’ve been going on for a long time. As historian Amelia M. Kass explains, one major battle took place 300 years ago in Boston.

Boston colonists were very familiar with smallpox. But when the virus arrived on a ship in April 1721, it spread too quickly for the standard measures of quarantining the sick and cleaning the streets to stop it.

Kass writes that one man had a plan to address the epidemic: Reverend Cotton Mather. We remember Mather today for his involvement in the Salem Witchcraft Trials, but as Kass writes, he was also an intellectual with a deep interest in science and medicine.

Mather had learned about inoculation more than a decade earlier, from an African man named Onesimus, whom he enslaved. When he asked if Onesimus had ever had smallpox, the man showed him a scar on his arm and explained that his community in Africa used infected material from one person to inoculate others against the disease. A few years later, Mather read a report from Turkey describing a similar procedure.

When news of Boylston’s experiment spread, people were horrified at the idea that he had intentionally transmitted smallpox to healthy people.

As smallpox swept through Boston in late spring, Mather circulated a letter to local doctors explaining the inoculation procedure used by doctors in Turkey. But a highly credentialed European physician named William Douglass quickly stepped up to question Mather’s medical knowledge—which, Kass writes, may explain why no doctors responded to the preacher’s letter.

Mather then sent a personal letter to Zabdiel Boylston, a physician, surgeon, and apothecary known for his willingness to undertake risky surgeries. Boylston was impressed with the evidence Mather offered and tried the procedure out on three patients, including his own six-year-old son. They suffered from fever and other symptoms but recovered well.

When news of Boylston’s experiment spread, people were horrified at the idea that he had intentionally transmitted smallpox to healthy people. People insulted him on the streets, and there were rumors that his life was in danger. Nevertheless, the doctor kept performing inoculations.

On July 21, Boston’s selectmen summoned Boylston to attend a meeting where a former French army surgeon described terrible effects of inoculations that he claimed had been performed in Europe. Kass writes that these accounts were probably false, but the selectmen believed them. They demanded that Boylston stop the inoculations, which he did only briefly before starting up again.

In the anti-inoculators’ corner was James Franklin, Benjamin’s older brother, who launched a newspaper called the New England Courant in August. Immediately, it began publishing attacks on inoculation. Furious, Mather wrote a response comparing the anti-inoculators to devil worshipers. As the epidemic claimed more victims, the conflict got hotter. In November, someone threw a homemade bomb through a window of Mather’s house with a note reading, “COTTON MATHER, You Dog, Dam you. I’l [sic] inoculate you with this, with a pox to you.” The bomb failed to go off.

The epidemic petered out over the winter, with more than 800 people dead. Of 287 inoculation patients, only six died. Yet despite this apparent success, many people remained unconvinced that Mather and Boylston’s method worked.