The Great Sparrow War of the 1870s

The “sparrow war” in the United States in the 1870s ended with a resounding victory… for the sparrows. 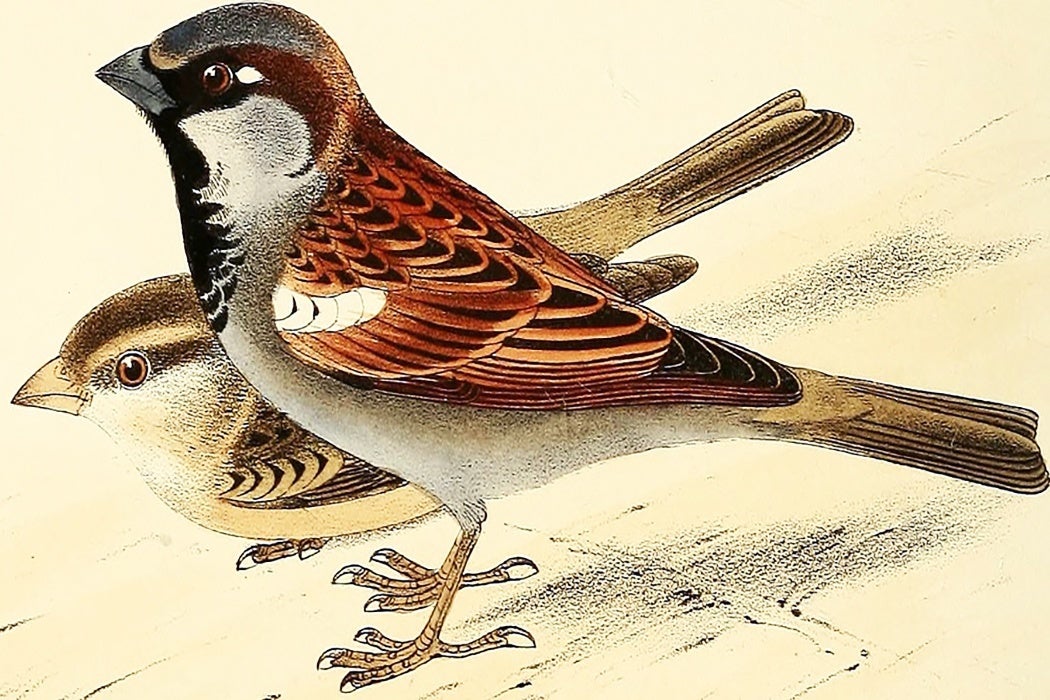 The “sparrow war” in the United States in the 1870s ended with a resounding victory… for the sparrows. The House Sparrow, to be exact, which according to some stories was first introduced to the New World in the 1850s via Brooklyn, NY. (Another contemporary attempt to import exotic birds was decidedly more literary.) Through this and other releases, Passer domesticus, whose binomial reflects its affinity for human domesticity, quickly spread coast-to-coast, as mapped here by Chandler S. Robbins.

Michael J. Brodhead explains why the birds were brought across the Atlantic in the first place: a “great importing mania swept the eastern seaboard in the 1860s. It was widely believed that sparrows could rid the urban centers of caterpillars, cankerworms and other pestiferous insects.” Additionally, recent immigrants from Europe, where the House Sparrow is native, “prized the birds as reminders of the homeland.”

By the mid-1870s there were serious doubts about the sparrows.

Unfortunately, like many such introductions, the House Sparrow didn’t conform to human plans. Brodhead calls the birds a zoological catastrophe: they didn’t just eat pests, they ate anything and everything, including the grain they were supposed to be protecting from grain-eating pests. Being pugnacious and fecund, they also out-competed such species as Eastern Bluebirds, Purple Martins, and Tree Swallows for nest cavities.

By the mid-1870, then, there were serious doubts about the sparrows. The lines were drawn by two ornithologists who went to war over the bird: Elliot Coues became the leading spokesman against them, while Thomas Mayo Brewer fought for them until his death in 1880.

The fight was bitter and personal. Coues lived longer and would be not above taking posthumous digs at Brewer. (Both men would have birds named after them by other ornithologists). Coues was called a “murderer” by the founder of the American Society for the Prevention of Cruelty to Animals; in turn, Coues blasted Henry Bergh’s “ranting pseudo-zoöphily.” The famous divine Henry Ward Beecher even got involved, condemning Coues in religious language: “No raven shall ever bring him meat.”

History proves Coues was right, but what could be done about it after the fact? The proverbial sparrows had been let out of the cage. Wrote Coues, “I could whip all my featherless foes, but the Sparrows proved too many for me.”

Brodhead calls the “war” “one of the first great controversies among professional scientists” and “one of the earliest ecological battles” in the United States.

But did the birds really win? Their numbers are not as great as they were a century ago. And for a species also known as the English Sparrow, there has been a dramatic reduction in their population in England. Even birds that do so well with humans still have a hard time adapting to us. 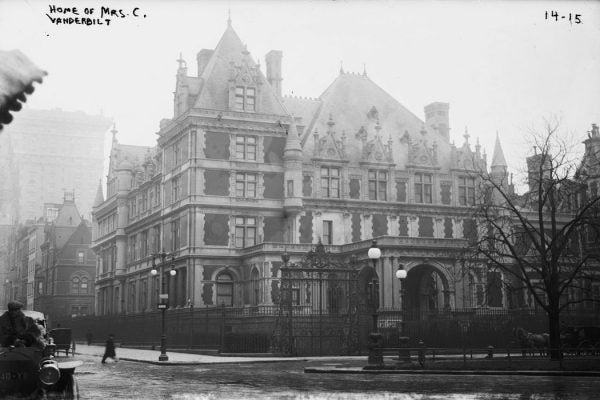 Why We Obsess Over Other People’s Mansions

Gilded Age mansions were remarkably public places. Newspapers breathlessly followed their construction and the social lives that happened within them