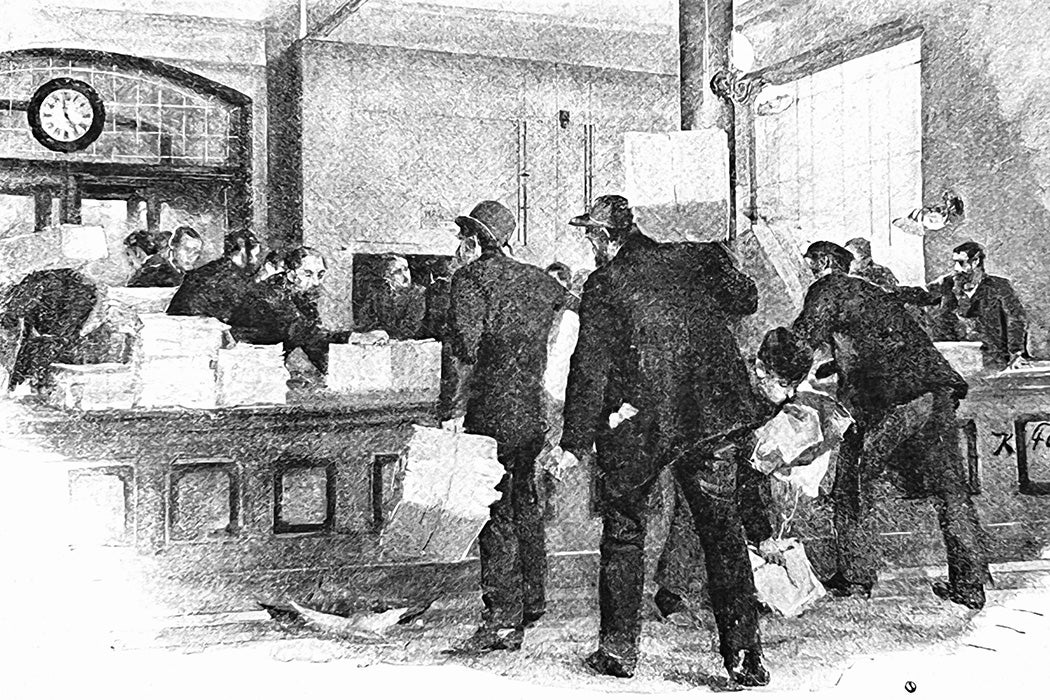 In 1892, the freshly founded German-language newspaper, the Arkansas Echo, found that their office had been vandalized. The type had been scattered and the frames of the finished inaugural edition were twisted and wrecked. Could Die Staatszeitung (known as SZ for short), a fellow German newspaper based in the same office building, be the culprit?

Media—and personal—feuds are nothing new in the United States, and the fight between these two newspapers, both serving German immigrants, were fed by both individual and professional animosities. German immigrant communities in Arkansas were not monolithic, according to German language and literature scholar Kathleen Condray.

Though language and religious differences may have led to some disagreements, Condray notes that the newspaper battle likely had its origins elsewhere.

“German immigrants to the state prior to the Civil War had largely been Protestants and Jews,” she writes, “but…the vast majority after the war were Catholics.” Some came from Germany, some from Austria, and still others came from Switzerland.

Though language and religious differences may have led to some disagreements, Condray notes that the newspaper battle likely had its origins elsewhere: a clash of the egos behind the publications. The founding, and perhaps financial, force behind the Echo was Fr. Bonaventura Binzegger, a priest who seemed to cultivate conflict and controversy wherever he went. But the public parts of the feud took place between the two editors managing the content of the competing newspapers.

In 1891, Phillip Dietzgen, editor of the SZ, claimed—in print—that Andrew Rust, later an incorporator of the Echo but then a teacher at St. Edward’s School in Little Rock, had no teaching experience or credentials. Rust subsequently filed suit against Dietzgen for $25,000 in damages. According to Condray, Rust “believed the real reason that Dietzgen attacked him was that he was slated to be the editor of the new German newspaper in Little Rock, the Echo.”

In fact, Carl Meurer, not Rust, would become editor of the Echo. A first-generation German immigrant, “Meurer would become Dietzgen’s primary public nemesis during 1892, seeming to serve as a proxy for Binzegger as the feud developed.”

The petty back and forth continued between the men, but it wasn’t until the Echo’s office was vandalized that the feud reached a fevered pitch. In its second edition, the Echo offered evidence that the SZ was responsible for destroying the office. For instance, “one of the vandals cut himself on a form, and the blood droplets led out the door and down the stairs, where they stopped in front of the offices of the SZ.” The SZ allegedly responded that the Echo staff “destroyed their own offices because they were not able to publish on schedule.”

In February 1892, Dietzgen sued the editors of the Echo for libel to the tune of $10,000. Meurer soon counter-sued. In July of that year, the Echo editors emerged victorious in court.

This victory didn’t prevent the fight from moving beyond a war of words to actual physical violence, though. In September 1892. Meurer knocked Dietzgen down, but the level of attack varied according to which newspaper was reporting on the event. Meurer had to pay a fine, but no more charges were brought against him, despite Dietzgen’s attempts.

A second source of animosity between the two publications, or at least their editors, boiled down to religious differences. Dietzgen’s SZ was characterized as “the Lutheran newspaper for German immigrants.” Citing the work of historian Michael Dougan, Condray explains that “Dietzgen…apparently offended the state’s German Catholics, who then created the Arkansas Echo.” The Echo openly represented the interests of the Democratic Party, while “the SZ presumed to suggest it spoke for all Germans.”

Unable to bring an end to the Echo, Dietzgen left Arkansas and bought the Kansas City Presse in 1896. Perhaps because Dietzgen was out of the way, the Echo and SZ both continued to publish until 1932 and 1917, respectively. Explains Condray, “The SZ and the Echo continued to exist side by side for decades, the German public supporting both newspapers with its voracious appetite for reading.” 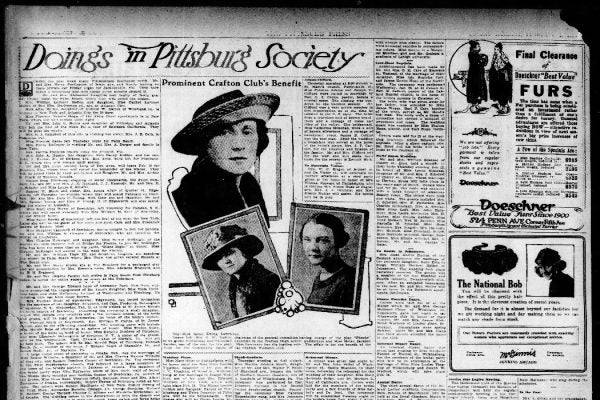 The Unfolding of the Woman’s Page

As women became the focus of advertising, newspapers began to broaden their offerings targeted to those areas of interest traditionally associated with them.