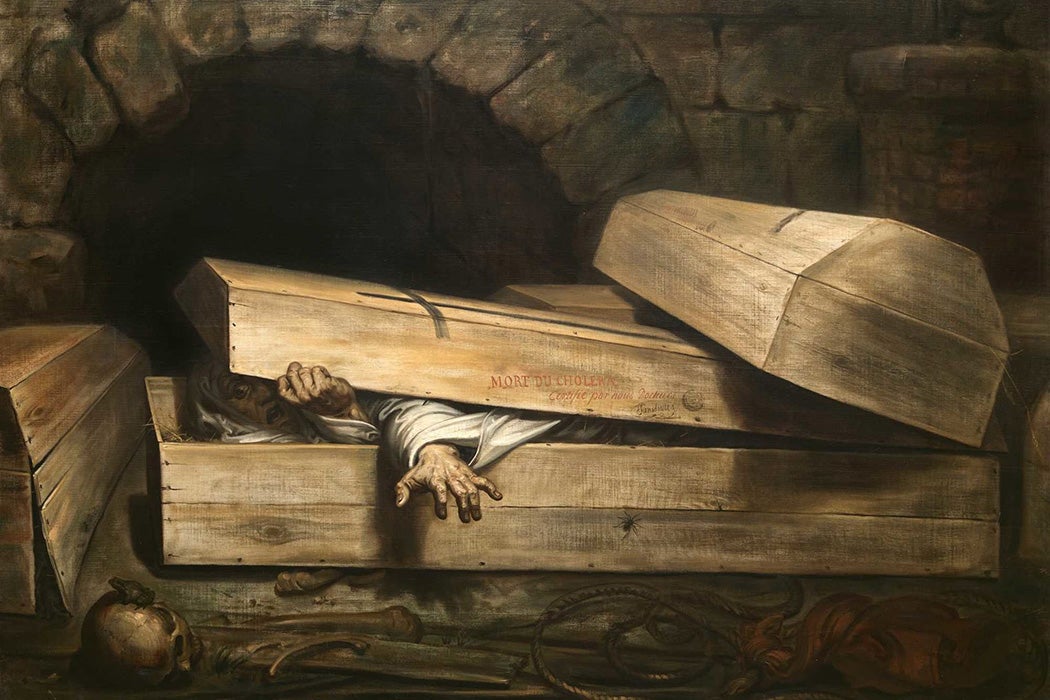 Anxiety over being buried alive dates back centuries. Roman author Pliny the Elder remarked: “Such is the condition of humanity, and so uncertain is men’s judgment, that they cannot determine even death itself.” Declaring if someone is dead has not always been easy. There is still debate today over when “legal death” occurs, as the brain can stop functioning while the body remains on life support. The fear of waking up in a mortuary or, worse, a casket, endures. It even has a name: Taphophobia.

This dread reached a crescendo in the nineteenth century, culminating in the 1896 founding of the London Association for the Prevention of Premature Burial. “Blending middle-class unease over Britain’s lax death certification standards with residual working-class worry about defilement at the hands of anatomists, the association labored to publicize the hazards of hasty interment,” the historian George K. Behlmer writes in the Journal of British Studies. The distributed pamphlets related anecdotes about close calls with premature burial. And the association’s members asked Parliament to take action to spare its constituents from this fate. “Their warnings about the nightmarish potential of misdiagnosed death sounded all the more dire to a population that was deeply ambivalent about the ambitions of medical science,” Behlmer adds.

The best way to find out if someone was dead was rather simple, if unpleasant and time-consuming: wait for them to rot.

Indeed, this apprehension of medicine had recently increased. The profession had developed, but identifying death remained a challenge. An 1898 article in The British Medical Journal on the “prevention of premature burial” lists the protocol for practitioners in Philadelphia in declaring death. It includes holding a mirror or glass under the nostrils of the deceased and touching the skin with “a piece of iron or steel heated red hot for at least the space of ten seconds.” These tactics were not that different from what a doctor may have done in the eighteenth or seventeenth centuries.

Popular literature, such as Edgar Allan Poe’s 1839 “The Fall of the House of Usher” and 1844 “The Premature Burial,” in which the narrator states that “no event is so terribly well adapted to inspire the supremeness of bodily and of mental distress, as is burial before death,” contributed to this fear. The narrator of Poe’s story remodels their family vault with elaborate mechanisms, stores for food, and openings for light and air just in case they are buried alive. Although there were “safety coffins,” or devices to release a wrongly interred person before the nineteenth century, the era saw a new wave of preventative tools to sell.

“[A] new business sprang up—equipping graves not only with ventilating systems but also with speaking tubes and signalling apparatus (strident bells, flashing lights, and easily agitated flags) in order that the not-quite-dead and not-quite-buried might make their wishes known,” writes the medical historian Lloyd G. Stevenson in the Bulletin of the History of Medicine. “The finest achievement of ingenuity was a hair-triggered ejection seat, since adapted to higher purposes.”

The best way, however, to find out if someone was dead, was rather simple, if unpleasant and time-consuming: wait for them to rot. “The mortuary was created to prevent premature burial,” the historian Marc Alexander writes in The Hastings Center Report. “In the mortuary the corpse could be left to putrefy in hygienic isolation. It could be observed until the last possible moment.” The idea predated the nineteenth-century rise in concern with premature burial: the French physician François Thierry proposed the concept of a mortuary in a 1785 book. Paris opened its mortuary by the turn of that century.

Was being buried alive ever a widespread danger? The British Medical Journal reported in 1904 that the “majority of alleged occurrences by which such fears are bolstered up prove upon examination to be either old wives’ fables, or stories from dubious American sources, and in both cases to be evidence of a character which would scarcely be quoted in support of any serious proposition.”

Embalming in the nineteenth century and the rise of cremation in the twentieth century became effective assurances that someone would not be buried alive. The historian Michael L. Taylor, writing in Louisiana History: The Journal of the Louisiana Historical Association, writes that the “common fear in the nineteenth century” of being buried alive “helped popularize the embalming procedure.”

Nevertheless, alarm systems for graves are still being patented (like one in 2014 with a signal connecting the casket to the surface). The terror of waking up with the “the stifling fumes from the damp earth” and the “the blackness of the absolute Night,” as Poe vividly described it in 1844, continues to haunt the minds of the living.

Share Tweet Email Print
Have a correction or comment about this article?
Please contact us.
deathmortalityBulletin of the History of MedicineJournal of British StudiesLouisiana History: The Journal of the Louisiana Historical AssociationThe British Medical JournalThe Hastings Center Report 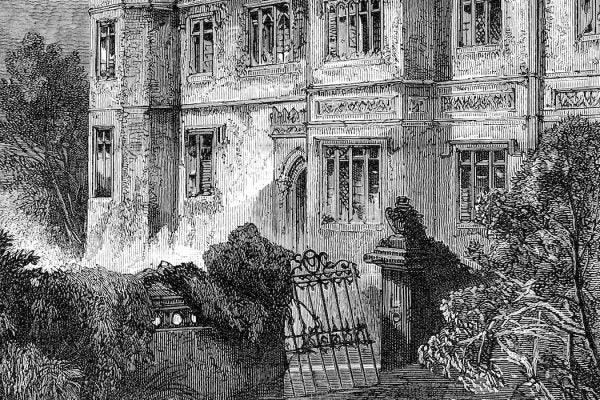