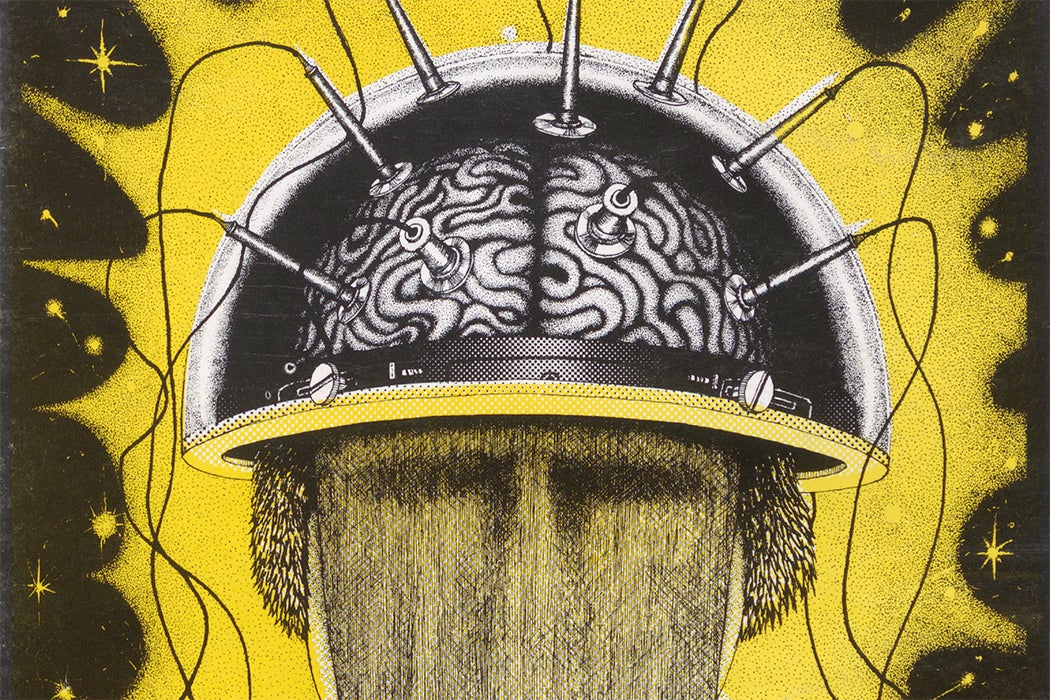 From the cover of the September, 1990 issue of The Angolite, a newspaper published by the inmates of Louisiana State Penitentiary
via JSTOR
By: Matthew Wills
3 minutes
Share Tweet Email Print

The electric chair was supposed to be a humane and civilized form of execution. In 1888, a New York State commission looking into the best method of execution chose the “electric bolt in place of the rope.” Not unlike the guillotine in its day, execution by electricity was advocated as a progressive improvement on other forms of capital punishment. It was sold as bloodless and cruelty-free—“certain, swift, and painless”—a modern tool of an electrical civilization.

When, however, an electric chair was first used in August 1890 at New York’s Auburn State Prison, it turned out to be less than ideal. The technological sublimity of electricity, so “mysterious, almost supernatural,” in the words of one contemporary, made witnesses collapse in horror and shock as the condemned William Kemmler “was literally roasted to death.”

The horror show was quickly forgotten as officials insisted that death by electrocution was obviously instantaneous.

But, as scholar Jürgen Martschukat reveals, the horror show was quickly forgotten as officials insisted that death by electrocution was obviously instantaneous. What happened after—bursting blood vessels, burning flesh, erupting eyes—didn’t matter. Less than a year later, in October 1891, the next use of the chair saw four men electrocuted at Sing Sing on the same morning; two of them still had life signs after their first round of shocks. In December of that same year, the next Sing Sing electrocution “scenes of horror” required the current being turned on four times. Even so, “the moment of state-ordered death was to be associated not with violence or cruelty, but with an ordered and enhanced society.”

Martschukat explores how electricity, still so new and mysterious, was absorbed into the state’s killing machinery at the end of the nineteenth century. Electricity in the form of lightning had long been recognized as deadly, of course, but its containment and control, its generation and application, were hallmarks of modernity.

“Electricity was the promise of the age,” writes Martschukat, “electric light and dynamos had the aura of the supernatural, and at the time same time they signified the boundless genius of man.” This “modern Prometheus” brought light, heat, energy—so why not death, too? In a two-year span, the state of New York saw ninety accidental electrocutions as power stations and lines spread.

“There is apparently no reason why this mysterious agent,” wrote William Dean Howells in 1888, “which has added to life in apparently inexhaustible variety, should not also be employed to take it away.” Howells would later archly write that the pro-electrocution hype suggested “this killing by electricity was almost the same as not killing at all.”

In a bizarre chapter of the electricity wars, William Kemmler, who was accused of murdering his lover, was defended by a Westinghouse Company lawyer. Westinghouse advocated alternating current (AC) power; its competitor, the Edison Company, advocated direct current (DC) power. Edison had successfully lobbied to get AC power used in the electric chair “as a lethal weapon against crime because it was more powerful.” The idea was to stigmatize AC, and hence Westinghouse, as too dangerous for regular use. Westinghouse fought back by representing Kemmler all the way to the Supreme Court of the United States. The court ruled that because (untried/unproven) electrocution was “instantaneous” and “painless,” the execution by electricity could proceed.

The electric chair was ultimately adopted by twenty-six states, the District of Columbia, the federal government, and the US military and became the most common form of execution in the US until the mid-1980s, when lethal injection—now with its own troubling history—came to the fore.

Macabre nicknames for electric chairs have included Gruesome Gertie (Louisiana), Old Smokey or Old Sparky (numerous states), and Yellow Mama (Alabama). The first woman to be electrocuted was Martha M. Place in 1899 in New York. Kentucky set a record when seven men were consecutively electrocuted on the same day in 1928. The youngest person ever electrocuted was fourteen-year-old George Stinney in South Carolina in 1944; his conviction was vacated in 2014 on the grounds that he did not have a fair trial. South Carolina is one of eight states that still authorizes the use of electrocution.

“The Art of Killing by Electricity”: The Sublime and the Electric Chair
By: Jürgen Martschukat
The Journal of American History, Vol. 89, No. 3 (December 2002), pp. 900–921
Oxford University Press on behalf of Organization of American Historians