The Destruction of a Civil Rights Center

The Highlander Research and Education Center is “the most notable American experiment in adult education for social change.” One of its buildings recently burned down. 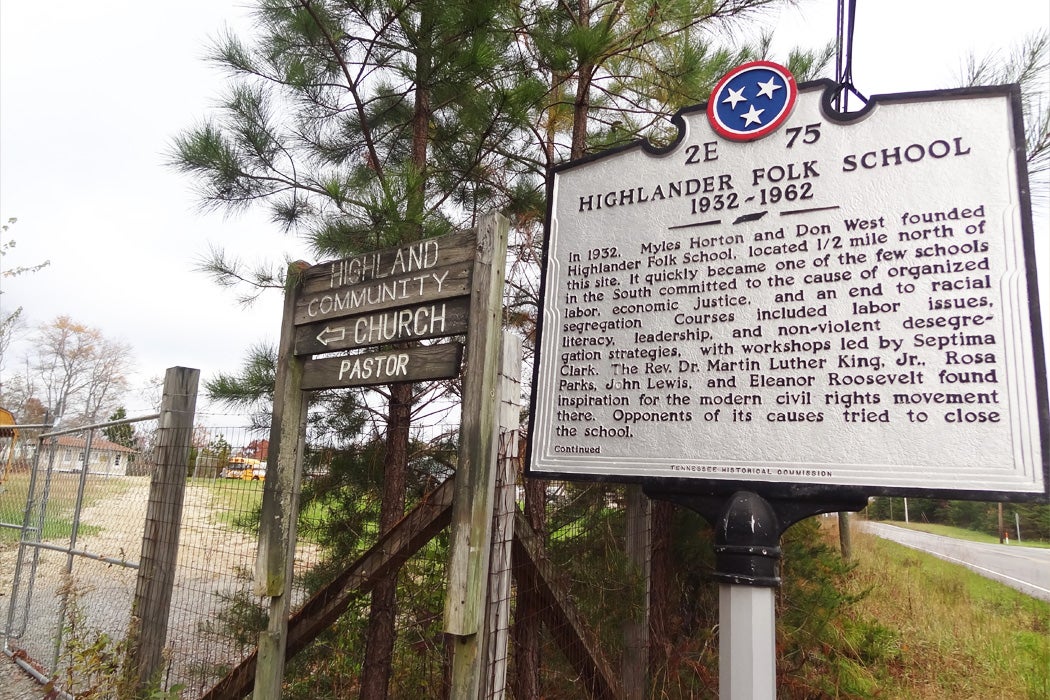 There was a fire at the Highlander Research and Education Center in New Market, Tennessee, on March 29th, 2019. Arson is suspected. White supremacist symbols were found in the aftermath of the blaze, which destroyed the administrative building and decades of archives within it.

The Highlander has been the target of violence and suppression many times since being founded as the Highlander Folk School in Monteagle, Tennessee, in 1932. The school was the brainchild of Myles Horton, a graduate of the Union Theological Seminary. Inspired by adult night schools and the Danish folk school movement, Horton set up the school in one of the poorest counties in the nation. He wanted to help students address community problems.

After World War II, Highlander became one of centers of the civil rights movement.

It was, writes C. Alvin Hughes, a “school for problems.” In the depths of the Depression, the curricula included labor organizing in the mining and textile industries and getting people access to government relief. The school also ran a free nursery, provided school lunches, and organized recreational and artistic programs.

After World War II, Highlander became one of centers of the civil rights movement. Already known for flouting Tennessee’s segregation laws, Horton hired Septima Clark, a teacher and member of the NAACP, as its Director of Education in 1956. Clark’s literacy and citizenship workshops were one of bedrocks to the voting rights struggle. Rosa Parks took a Highlander workshop on passive resistance before she sparked the Montgomery bus boycott. “We Shall Overcome,” a mixture of gospel, spiritual, and folk song traditions, was crafted into its modern form around the Highlander campfire.

But many white Southerners, writes Ridley Wills II, were “prone to equate integration with communism.” In 1957, billboards and postcards protested the presence of “communist” Martin Luther King, Jr., at the school’s twenty-fifth anniversary. Wills details this and other efforts to shut Highlander down. The IRS was successfully pressured to revoke the school’s tax-exempt status. Urged on by other states, Tennessee authorities raided the school in 1959, confiscating files and charging Clark, a church-goer and teetotaler, with possession of alcohol. Horton, away at the time, was charged as well.

Clark and Horton were convicted of illegally selling whiskey without a license. The school’s state charter was then revoked, the property and facilities auctioned off by the state (which pocketed the money). Those who called Highlander a “Communist training school that taught methods and tactics of racial strife” won that battle. But what the Ford Foundation would later label “the most notable American experiment in adult education for social change” wasn’t done yet.

Reorganized under a new name, the Highlander Research and Education Center relocated to Knoxville. In 1971 the Center moved to New Market, where it has remained since. Highlander continues to be a “catalyst for grassroots organizing and movement building in Appalachia and the South.”

The recent fire’s property damage and archival destruction were certainly a blow, but it seems clear that it will take more than fire to wipe away Highlander’s history and mission. 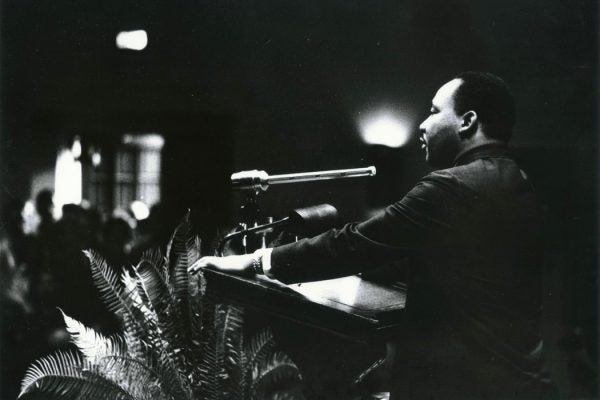 The push for a national Martin Luther King holiday prompted a fierce political tug-of-war, on campus and off.