The Complicated Issue of Transableism

Some people born in able bodies feel as if they were meant to have disabilities. How should the medical community be responding? 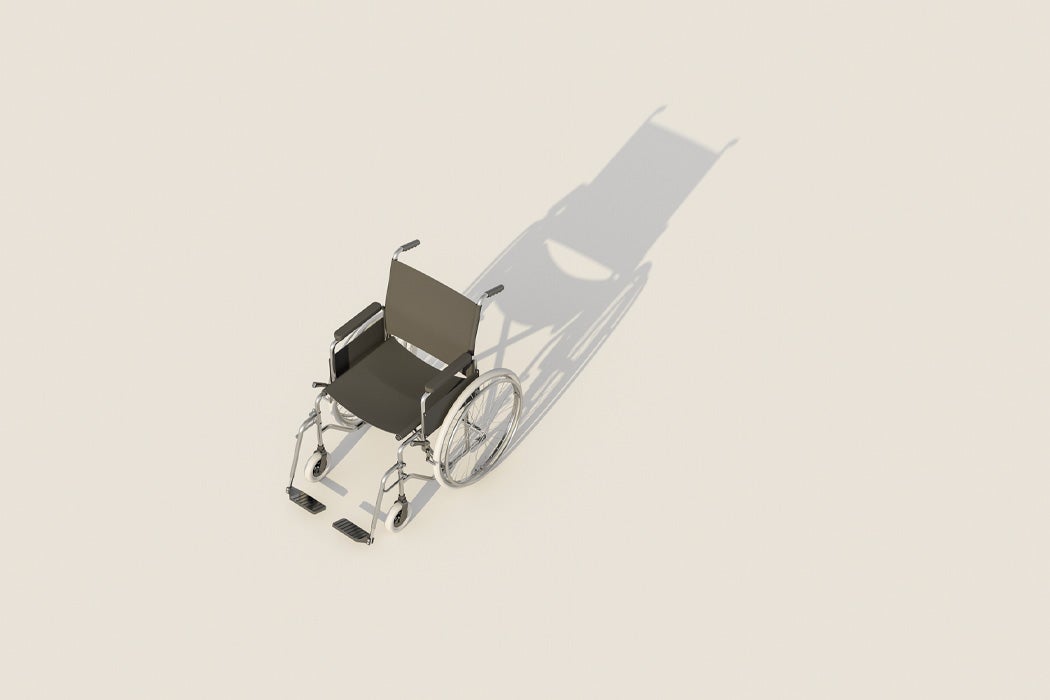 In the late 1990s, the Scottish surgeon Robert Smith performed elective, above-the-knee amputations on two people. (The hospital he was affiliated with eventually compelled him to stop.) Smith’s patients are just two examples of people who have body integrity identity dysphoria, also known as being transabled: They feel they are disabled people trapped in abled bodies. Some people feel that they are meant to be amputees and will even injure themselves in order to create the desired amputation or make it medically necessary for a surgeon to perform it. Other people feel that they were meant to be blind or deaf.

The term wannabe refers to those who want/need to have a physical impairment. Pretenders act out their impairment-needs by, for example, folding an appendage, inserting ear plugs, wearing opaque contacts, walking on crutches, wheeling themselves in a chair, or wearing neck/leg/back braces. Devotees experience fetishistic attractions toward the physically impaired bodies of others…

To learn more about how transabled people see themselves, Davis analyzed the introductory statements of twenty-two bloggers on transabled.org, a now-defunct website where transabled people told their stories. The bloggers, Davis found, used narrative to show that being transabled was natural or essential for them, rather than a choice or something learned. Indeed, they wished to avoid the stigma that might come with the notion of choosing disability, a “socially devalued bodily state.”

If people can choose to reject life-saving treatments, the authors ask, why shouldn’t they be allowed to elect a surgery that will leave them disabled?

Bloggers also described denying, then surrendering to their transabled identities. By saying that they fought against the notion of being transabled but lost the battle, they further addressed, and dismissed, the criticism that transableism was a choice, Davis suggests.

Philosophers Tim Bayne (Monash University, in Melbourne, Australia) and Neil Levy (University of Oxford, in England, and Macquarie University, in Sydney, Australia) make the case that transabled people who seek amputations should be allowed to get them from reputable surgeons. They write:

Given that many patients will go ahead with amputations in any case and risk extensive injury or death in doing so, it might be argued that surgeons should accede  to the requests, at least of those patients who they (or a competent authority) judge  are likely to take matters into their own hands.

They also cite the issue of autonomy. If people can choose to reject life-saving treatments, the authors ask, why shouldn’t they be allowed to elect a surgery that will leave them disabled? If a person can elect to have plastic surgery, which is often used to make the body conform better to social ideals, why shouldn’t people also be allowed to change it in ways that society is less comfortable with? Lastly, they argue that according to the limited data available, people who seek and achieve their desired amputations feel relief from their suffering, a relief that they are unable to get by other means.

The philosophers refer to a study by Columbia University psychiatrist Michael First, who interviewed 52 “wannabes,” or people who felt that they were meant to have amputations. They write:

Of the 52 individuals he interviewed, 18 had told their psychotherapist about their desire for amputation, and none reported a reduction in the intensity of the desire following psychotherapy. On the other hand, on the scant evidence available, wannabes who succeed in  procuring an amputation seem to experience a significant and lasting increase in well-being.

The satisfied amputees include Robert Smith’s patients, or at least did a few years following the surgery.

Of course, this remains a thorny issue. Daniel Patrone, a philosopher at State University of New York Oneonta, notes:

Even if we set aside the interests of family, other patients and those who must bear the financial costs of providing for the patient’s lifelong disability, those who have a disorder that causes them to desire to maim and disable their bodies cannot meet this standard of voluntarily accepting the burden of choice that makes the practice of respecting autonomy acceptable.”