Lincoln or Omaha or… Neapolis? The fight over where to put the capital of Nebraska was much more heated than you may have imagined. 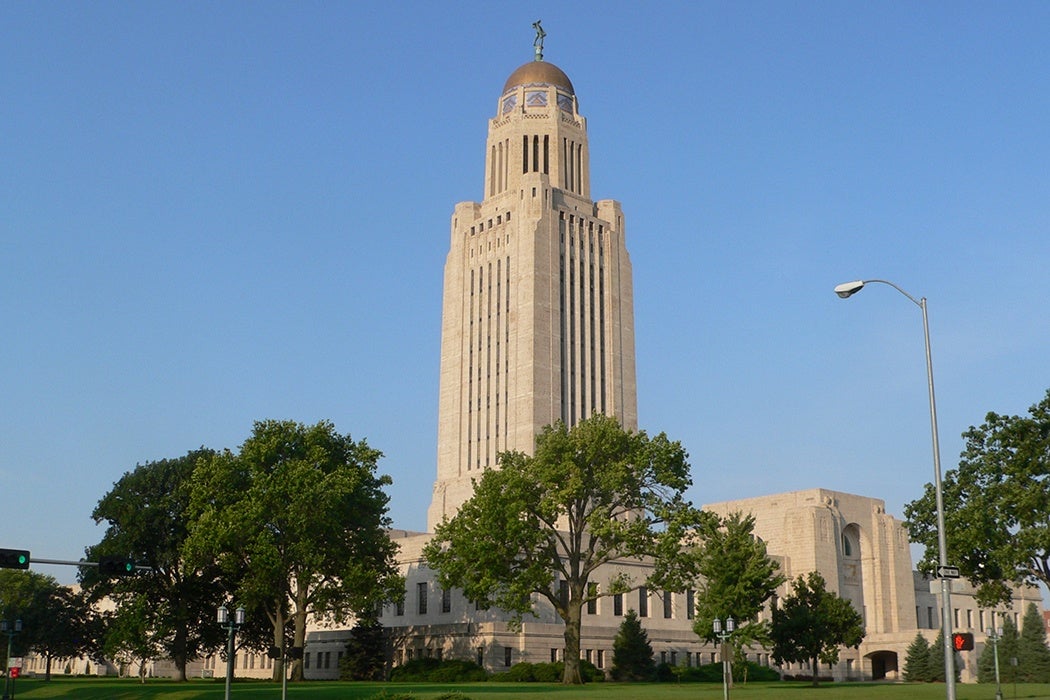 What’s the capital of Nebraska? You’d be forgiven for not quite remembering—as the 72nd largest city in the United States, Lincoln is far from formidable. But its history as the state capital is somewhat more impressive. As James B. Potts writes, a lingering controversy about where its capital should be once nearly tore Nebraska apart.

Nebraska had become a territory in 1854, and the decision about where to put its capital was hotly contested from the very start. The territory’s first governor died soon after taking office and his stand-in, Thomas B. Cuming, bowed to the desires of an influential ferry company and decided that Omaha City (later just Omaha) should be the capital. He gerrymandered the territory, assigning more assembly seats to Omaha. Then he ran into trouble: the delegation from South Platte, southwest of Omaha, “came to Omaha determined to strip the city of its prize.” Chaos, behind-the-scenes meddling, and threats of violence ensued, but eventually the territorial assembly decided the capital should be Omaha.

Lawmakers filibustered and participated in a violent melee on the legislature floor during which the speaker of the house was slammed onto a table.

The controversy was far from over. The state’s next governor, Mark Izard, encouraged all parties to let the issue go but angered the anti-Omaha faction by favoring Omaha business interests. Though Nebraska had not been admitted to the Union, it had a Congressional delegate and a bitter political feud erupted between Hiram P. Bennett and Bird B. Chapman, whom Cuming calls “a classic example of the pre-Civil War carpetbagger.” Chapman was from out of state and aligned himself with the Omaha faction; Bennett, who had been in the state for a few years, favored the other side. An ugly, irregular, and fraudulent election followed. Chapman won. Bennett contested the results and began the back-and-forth that ensued “denied [Nebraska] effective representation in Congress” for nearly a decade.

Still bitter, anti-Omaha forces tried to move the capital to a nonexistent town, then to a city under their full control. Eventually, they outnumbered the Omaha faction and got the capital moved to Douglas. Omaha fought back, spending money and influence to consolidate their power, oust Izard, and reestablish themselves in the state legislature. But they failed to keep the delegate seat.

Faced with yet another attempt to move the capital the pro-Omaha group “were prepared to employ desperate means.” They filibustered and participated in a violent melee on the legislature floor during which death threats were exchanged and the speaker of the house was slammed onto a table. Anti-Omaha delegates fought back with more gerrymandering and the creation of a fictitious city called Neapolis—a “paper town” with a lumber mill and nothing else—but were stopped by the exhausted new governor.

The fight wasn’t over yet. Separatists proposed seceding to Kansas—a plan that was considered, but dropped due to infighting. Ironically, many Kansans “viewed the extension of the northern boundary as a threat to their own capital aspirations.”

Finally, with the territory now a new state, the permanent seat of government was designated by the state legislature with the help of a commission comprised of the governor and two other officials. They decided on a tiny spot south of the Platte with just 30 residents called Lancaster. The city then renamed itself Lincoln—and even today, it has a fraction of the population of Omaha. 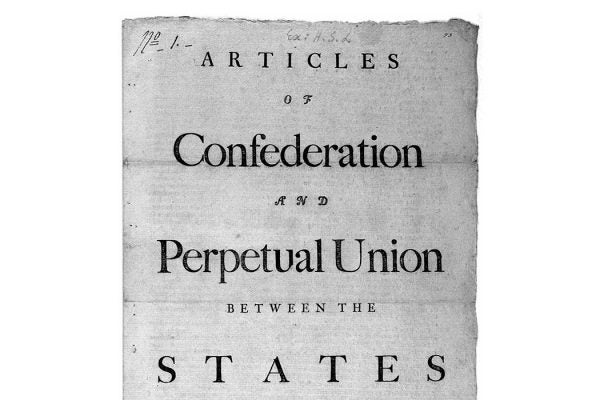 The Constitution Most Americans Have Forgotten About

The Articles of Confederation set off the long-running feud between states' rights and Washington, a debate that still rages today.