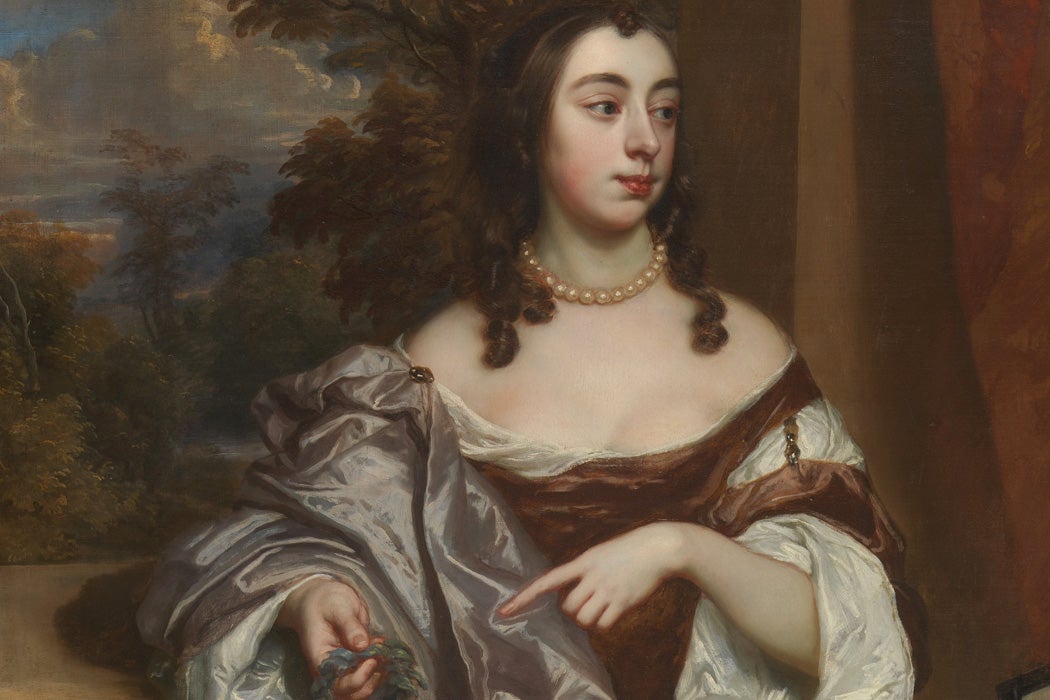 In 1694, Lady Mary Somerset, first Duchess of Beaufort in England, corresponded with Sir Robert Southwell, President of the Royal Society, on botanical matters. The duchess was known for keeping vast and complex gardens at her Badminton estate, which she diligently tended to, pruning shrubs, germinating seeds, and nurturing rare plants. As scholar Jennifer Munroe notes, Somerset described her work as “my innocent diversion of gardening.” Historical documents, however, reveal that she was far from a hobbyist, but rather a knowledgeable botanist who set up experiments and documented results.

Somerset’s exchanges with fellow contemporary botanists demonstrate that her horticultural endeavors were sophisticated, advancing the current scientific understanding of the natural world. She grew many plant species at her Badminton Estate and kept extensive records about the plants’ needs. She owned a collection of botanical books against which she checked her own plants. Her gardens were quite large—one drawing depicted extensive tree-lined alleys radiating out from a center. They were also expensive to keep. Munroe notes that in 1690, Somerset spent £29,760 on garden-related activities, most of it dedicated to plants. And she sustained a regular correspondence with other notable botanists of the time, including Southwell and Sir Hans Sloane, drawing on their work and sharing her own results with them.

In her writings, Somerset described new plants that hadn’t previously been presented in the many botanical books she owned.

Conceptually, many of her activities were scientific in nature, and followed protocols not unlike modern day experiments. The Gresham College, an academic home to Royal Society’s activities, regularly sent Somerset batches of various plant seeds. The duchess would try to grow them and report back on her successes and failures, comparing the resulting plants with those she grew from seeds collected from her own garden. According to Munroe, Somerset kept detailed records of her work and outcomes: “Dake-leaved Solanum grows very well of cutings, it hath produced ripe seed, it is 4 foot 2 inches high, grows very well in any warme place in the garden in the summer.”

In her writings, Somerset described new plants that hadn’t previously been presented in the many botanical books she owned. “These plants I can find no figures of in any of my books, they are therefore to be described as they grow now,” she wrote. In some cases she suggested reclassifying the already-known species mentioned in other people’s books, or attempted to correct what she thought was erroneous data with more accurate information, based on her own horticultural experiences.

Somerset’s botanical knowledge and steadfast record-keeping culminated in a twelve-volume herbarium, which she compiled, bound, and sent off to her male colleagues to peruse. When Sloane loaned the volumes to John Ray, another noted botanist of the time, he praised her work, writing, “the specimens . . . are very fair ones, and curiously dried and preserved.” He made only few notes, including certain revisions to her descriptions. Notably, Somerset seemed to have described a number of new plants in her herbarium, some of which Ray was not familiar with either.

Unfortunately, Somerset’s herbarium was never printed and never circulated in the public marketplace, unlike the work of many other naturalists of her era. At the time, women had fewer opportunities to present their work to the world—and thus fewer opportunities to establish claims to their knowledge. Scientific advances and discoveries were often discussed in public venues such as coffee houses and universities, where women were generally not allowed. The publishing marketplace, where many scientific ideas circulated, wasn’t easily accessible to women either.

Today Somerset’s herbarium exists in only one copy—the duchess’s original, handmade work. Originally preserved by Hans Sloane in his collections at the British Museum, it has survived for over three hundred years. As Munroe notes, the herbarium now resides in the Botany Library of the Natural History Museum in London.