After decades of environmental disaster, fish and wildlife may rebound to Central Asia’s Aral Sea, but the lake will never be restored to its former glory. 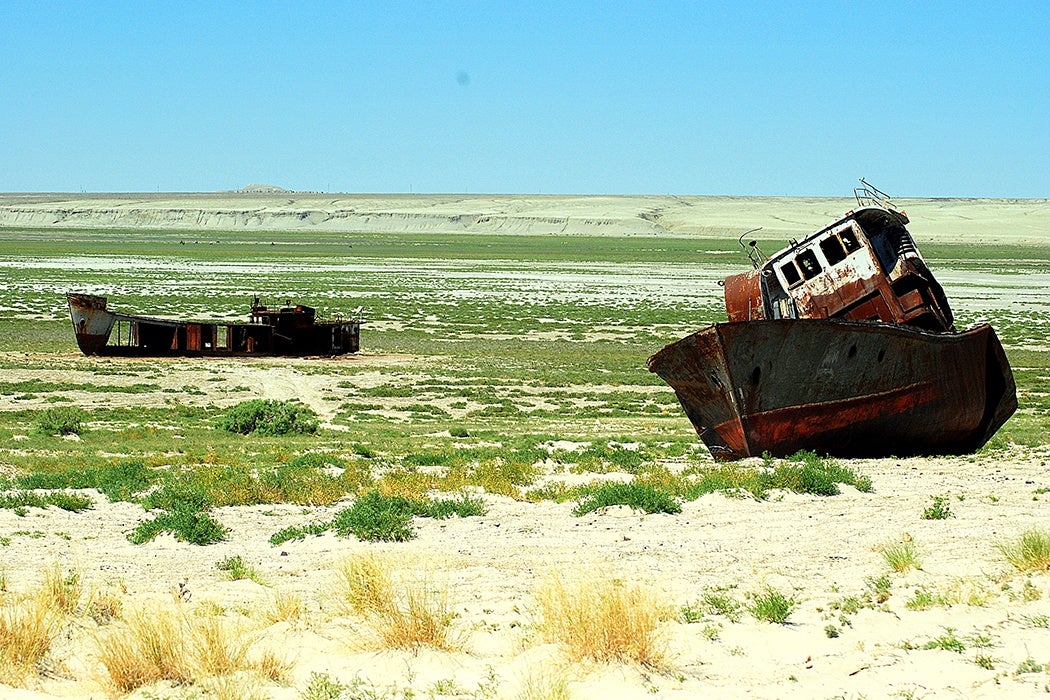 The Aral Sea, located on the border of Kazakhstan and Uzbekistan in a remote part of Central Asia, was for hundreds of years a lush oasis in an arid region. Unconnected to the ocean, the Aral Sea was really a giant lake. The waters of the sea and its tributaries historically supported bountiful fisheries, wildlife, and the nomadic people of the region. But that ended about 50 years ago. Today, the Aral Sea is a dusty salt flat, littered with the rusting hulks of abandoned ships, victim of deeply irresponsible water management.

As recently as 1960, the Aral Sea was the world’s fourth largest lake, covering 66,000 square miles. It was fed by two major river systems, the Syr Darya and the Amur Darya. Starting in the 1920s and continuing under Stalin, Soviet managers decided that the Central Asian steppes crossed by those rivers were the right place to jump start a cotton industry. Using dams and irrigation canals, the water for the cotton was diverted from the rivers that fed the Aral Sea.

By the 1950s, the Aral Sea was shrinking rapidly.

For the first decade, food crops such as wheat were grown alongside the cotton, but as the decades passed, cotton, an extremely water-intensive crop, took over. By the 1950s, Soviet managers were focused entirely on cotton production in the region. The Soviets demanded higher and higher targets for cotton production, resulting in the diversion of more and more water. The water was seen as limitless, so as often happens there was no effort to use the resource efficiently. Most of the diverted water evaporated or sank into the dry soil.

By the 1950s, the Aral Sea was shrinking rapidly. A Soviet program to gain agricultural independence accelerated the water diversion, to the point that flow into the Sea declined eleven fold. Evaporation meant the remaining water had high salinity, effectively killing the once-thriving fishery. Fertilizer and pesticide from the cotton industry has contaminated the remaining water and the surrounding area. Economically, the region has been devastated. People living nearby suffer from health problems due to the contaminated dust that blows from the dried up lake bed.

But there is some hope. The lake did not completely dry up. There are still three remnant lakes where some water is still present. At present there is little hope of restoring the larger Southern portion, but the situation in the North is more promising. A dam between the northern and southern lakes was completed in 2005, and the Northern Sea, while small, has refilled in record time. As the water returns, salinity is decreasing. Fish and wildlife may one day rebound, but the lake will never be restored to its true former glory, but signs of life are returning.  The Aral Sea remains a cautionary tale. 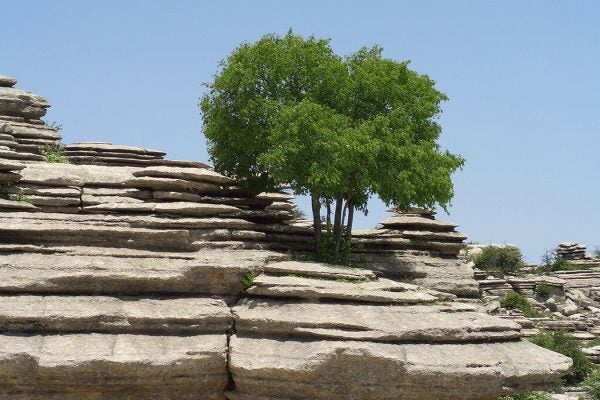 One of the world’s most incredible, yet unsung, ecosystems, karsts are home to a remarkable biological diversity.