The 1925 Dinosaur Movie That Paved the Way for King Kong 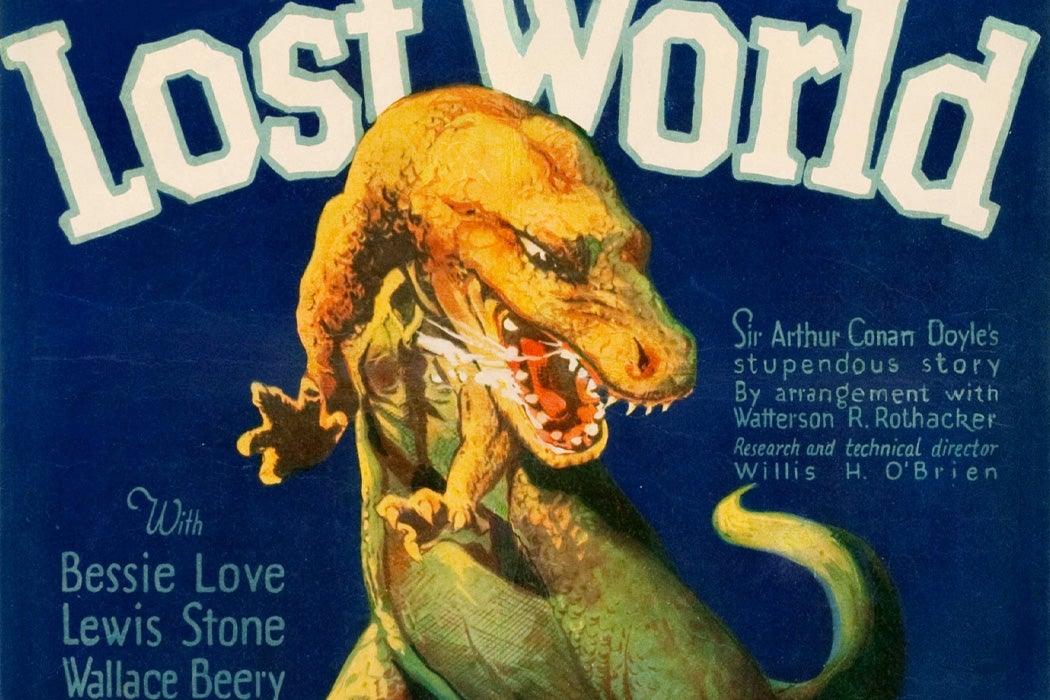 Sir Arthur Conan Doyle always intended The Lost World to be a simple adventure story. Published in 1912, many years after Doyle had established himself as the popular creator of Sherlock Holmes, the novel followed a bullish scientist named Professor Challenger on his expedition to South America, where, he claims, dinosaurs still roam the land.

It was a “type of escapist adventure fiction that emphasized exotic settings, slam-bang action, and two-fisted, square-jawed heroes,” in scholar Gary Hoppenstand’s estimation, the kind already popularized by Sir H. Rider Haggard with King Solomon’s Mines. But the eventual movie adaptation of The Lost World would turn Doyle’s familiar sci-fi story into something much grander in scale. Through the pioneering special effects of Willis O’Brien, this silent film would lay the foundation for a wave of monster movies—most notably O’Brien’s career-defining work, King Kong. Like any good monster movie, it subtly commented on the fears of its author and audience.

Long before First National Pictures began production on Doyle’s dinosaur story, a young marble cutter named Willis O’Brien was sculpting tiny T-Rex figurines. According to The New York Times, O’Brien began experimenting with animation models during an apparently slow day at work. Inspired by his background in boxing, he molded a mini fighter out of clay. His coworker whipped up another clay champion, and pretty soon the two men were acting out a full boxing match with their primitive action figures. Lo and behold, O’Brien’s next production was a short test film featuring a cave man and a dinosaur (made of modeling clay and wooden joints) shot atop the Bank of Italy Building in San Francisco.

Neither O’Brien nor the newsreel photographer he enlisted for help were especially gifted at stop-motion animation—the method of painstakingly moving figures by slight degrees and photographing each pose, to create the illusion of motion—but the footage was promising enough to secure funding for a real short: The Dinosaur and the Missing Link. Thomas Edison distributed the five-minute movie through his film company, establishing O’Brien as the go-to guy for prehistoric thrills. He would make at least 10 other dino shorts, including the 1918 epic The Ghost of Slumber Mountain.

Although the rubber models were only 18 inches tall, they towered over Professor Challenger and his cohorts thanks to an ingenious use of split screen technology.

The Lost World, however, would be his first feature, and O’Brien was determined to make an impression. In addition to live monkeys and bears, The Lost World would feature multiple animated dinosaur species, flying and fighting as the terrified humans looked on. Although the rubber models were only 18 inches tall, they towered over Professor Challenger and his cohorts thanks to an ingenious use of split screen technology, which allowed the beasts to appear in the same shot as the actors.

O’Brien’s first creation arrives around the 26-minute mark: a flying pterodactyl hovering over a plateau in the distance. Later, a brontosaurus appears, ripping a tree out of the ground with its teeth and tossing it aside, whole. A family of triceratops ambles across the screen, grazing on grass. The allosaurus—the “most vicious pest of the ancient world,” according to the movie’s intertitles—attacks indiscriminately, snarling in close-ups of his bloody, scaly face. Curiously, another prehistoric species appears: an “apeman,” who often poses a more immediate threat to the explorers than the reptilian predators. He is not an O’Brien original, but an actor in a hairy suit.

Early audience reactions confirmed that the effects were astonishing. In 1922, Doyle previewed some of the dinosaur sequences for the Society of American Magicians, headed by his friend Harry Houdini. He didn’t tell them it was from a movie, and he invited members of the press. One amazed reporter wrote that it was unclear “whether the sober-faced Englishman was making merry… or was lifting the veil from mysteries penetrated only by those of his school who know the secrets of filming elves and ectoplasm.”

“If fakes, they were masterpieces,” the journalist concluded.

The Lost World became a “box-office phenomenon” upon its release in 1925, the Chicago Tribune reported. Its success was even part of its advertising. In Paris, a donkey wandered around the streets with a placard reading: “All the world has seen ‘The Lost World’ except me because I am a donkey.” Yet in many ways, the revolutionary film was just a means to the big breakthrough. Building on the techniques he’d perfected on The Lost World, O’Brien began work on another 18-inch model, one that could scale the Empire State Building. King Kong debuted eight years later, rewriting the rules on special effects and stop motion yet again.

The Lost World and King Kong share more than just an innovative animator. Both films conclude with a monster wreaking havoc on a city—in Kong, it’s New York City, while in Lost World, a brontosaurus destroys London’s Tower Bridge. They also hint at anxieties that have nothing to do with giant apes or dinosaurs. As the literary scholar Valerie Frazier writes, King Kong “tapped into many of the subconscious fears about blackness and masculinity in the 1930s” with its “tale of a gigantic black monster-ape in love with a blonde actress.”

Similarly, The Lost World has complicated racial politics, depicting colonial imperialism and xenophobia. While the indigenous people of Doyle’s original story are gone, the “Apeman” remains, as does a servant named Zambo, a buffoon in blackface. Moreover, the dinosaurs teach the explorers quickly what happens when you disturb a “wild” place—or try to integrate it into your world: At best, you escape with a scary story. At worst, you destroy an entire city. 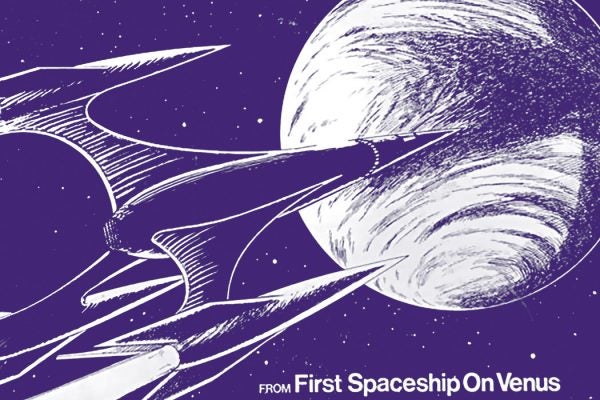