Taylor Swift is a member of the Lion King generation, which means that, for her, African landscapes are nothing more than a rich tapestry of flora and fauna 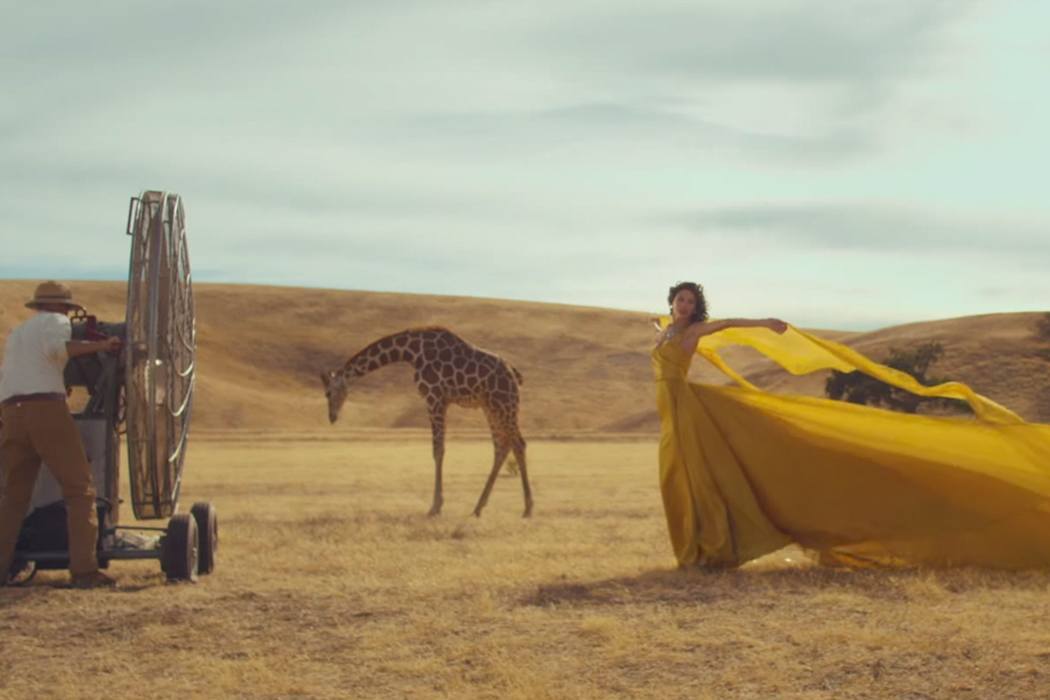 African history is rarely a part of Hollywood’s lexicon. When Africa’s past does sneak into the Hollywood mainstream, the white savior is often the central character in a colonial-themed romance. Whether it is glamorizing the settler environments of colonial Africa or praising the environmental and humanitarian efforts of more recent times, Africa’s past and present are often refracted through the lens of white Western lives. So when Taylor Swift’s new video, “Wildest Dreams,” debuted online on August 30, 2015, Africanists were outraged (but not surprised) by the theme and cinematic techniques it employed.

In the video for “Wildest Dreams,” Taylor Swift takes us back to the wonders of settler colonialism, a time when she and director Joseph Kahn envision pith-helmet-and-khaki-clad men as civilizing heroes and the women who joined them roughing it in tents wearing lingerie. It is a case study in colonial nostalgia in its focus on Swift; her hunky white love interest, Scott (son of Clint) Eastwood; and a bunch of animals. No black faces dirty the pristine African foreground; the obligatory askari are hidden as backdrops in a quintessential nod to the hierarchy of colonial landscapes. So thank you, Taylor Swift, for providing the perfect setup for all of us academics beginning our new semester deconstructing the popular dominant images of Africa.

Taylor Swift is a member of the Lion King generation.

As I argued in Salon, Swift is a member of the Lion King generation, which means that, for her, African landscapes are nothing more than a rich tapestry of flora and fauna, with actual Africans fading onto the periphery. Swift inherits a long history of Hollywood’s obsession with Africa’s white history and helps legitimize the infamous Hugh Trevor-Roper line from 1963, when the famous Oxford professor argued that “there is only the history of Europe in Africa, the rest is largely darkness.” Scholars and activists on social media have fought long and hard to portray African history from a different perspective, but Roper’s controversial statement still resonates in the world of American pop culture.

From Academy Award–winning films such as The African Queen and Out of Africa, to fashion spreads in Vogue like the “Chronicles of Keira” and Louis Vuitton’s Africa fantasy, Western pop culture is rarely interested in any aspect of the African past beyond the trope of white colonial romance. As Taylor Swift channels her inner Elizabeth Taylor, the question remains: Why is popular culture so invested in this theme and how are we, as media consumers, implicated by it?

The U.S. entertainment industry’s Africa lens traditionally has been fixed on the Anglophone roots of empire. “Wildest Dreams” belongs to a genre commemorating imperial “explorers” and lowly settlers magically transformed into aristocratic landowners by the nature of the racial hierarchies they rule. These stories have survived for more than a century and still live on as best sellers, rehashing the tired tales of Stanley and Livingstone beneath a lone acacia tree against the setting sun. But why does this period of European invasion, inspired by the discourse of scientific racism, continue to sell books and movie tickets, and draw millions of followers to online music videos?

The video is not just taking cues from Hollywood history but is also indirectly influenced by the unapologetic reels of colonial propaganda.

“Wildest Dreams” takes us to the high tide of colonial rule, stretching from the 1930s through the early postwar era. Kahn’s iconography, the pith-helmet-clad soldier or rugged hunter accompanying a sultry neo-Victorian lady across the virgin savannah, was firmly entrenched in popular discourse long before Swift was even born. The video is not just taking cues from Hollywood history but is also indirectly influenced by the unapologetic reels of colonial propaganda, where the romanticized image of empire was carefully managed. Here the patriotic duty of empire was about spreading the “benefits” of Western civilization, religion, and material culture to the less fortunate. Couched in more overt racism, the architects of Africa’s colonial empires argued that the white savior should be celebrated and that maintaining a strict racial hierarchy was key to “success.” As the renowned British colonial explorer Frederick Lugard argued in 1893:

Upon this—the prestige of the white man—depends his influence, often his very existence, in Africa. If he shows by his surroundings, by his assumption of superiority, that he is far above the native, he will be respected, and his influence will be proportionate to the superiority he assumes and bears out by his higher accomplishments and mode of life. In my opinion—at any rate with reference to Africa—it is the greatest possible mistake to suppose that a European can acquire a greater influence by adopting the mode of life of the natives. In effect, it is to lower himself to their plane, instead of elevating them to his.

But should we ascribe this 19th-century racist language directly onto a 21st-century music video? Nothing as overt as Lugard’s statement appears in the video, and simplistic celebrations of “Wildest Dreams” have focused on the ways it commemorates “classical Hollywood” and moves Swift into the grown-up world of romantic ballads. But “Wildest Dreams,” the film, is a simple celebration of white colonial privilege, where African agency and voice is silenced. Fleeing the violence of World War in Europe for the safety of white privilege in Africa, the video continues to celebrate a romantic story that implies the peace and prosperity of popular white histories trumps that of black histories on the continent.

The film is true to the racist hierarchies it depicts, with the few black extras embodying the characters of colonial soldiers.

In an era where Swift has been recently accused of promoting racist stereotypes, one would think the rhetoric of “Black Lives Matter” might have inspired a few more black faces in her pristine savannah fantasy. However, when Kahn responded to the critique of his artistic interpretation on NPR, he defended the film with simple references to his black collaborators and claims that “it would have been historically inaccurate to load the crew with more black actors as the video would have been accused of rewriting history.” In this regard, he is correct: The film is true to the racist hierarchies it depicts, with the few black extras embodying the characters of colonial soldiers, agents of the policies of indirect rule constructed by Lugard and other architects of European imperialism.

Although “Wildest Dreams” fails to complicate the tranquility of colonial racial hierarchies, it ends up in the safe, universally acclaimed space of wildlife conservation: The video finishes with a promise to donate the proceeds to the African Parks Foundation of America. Perhaps inspired by the imperialistic outrage over the death of Cecil the Lion, the video is true to Binyavanga Wainaina’s classic satire “How to Write About Africa,” where he quips that while African lives should be glossed over, “animals, on the other hand, must be treated as well-rounded, complex characters.” With many more animal actors than African, Swift’s video perpetuates the idea that African fauna are everyone’s problem and, therefore, everyone’s (read: the West’s) patrimony. Rooted in the post–World War II conservation rhetoric that accompanied the end of empire, the stewards of Africa’s political independence were even more reluctant to give up control of the continent’s wildlife.

In her attempt to save African wildlife, Swift conveniently forgets the long colonial history of hunting and environmental degradation that still adds a very colonial character to wildlife conservation across the continent. Had Swift been so inclined, she could have drawn on a different, uglier history of Western images of African animals, such as that introduced into American popular culture by Teddy Roosevelt: Traversing eastern Africa for a year starting in 1909, the former U.S. president returned home with more than 23,000 “specimens.” He scripted Africa to American audiences as the “greatest of the world’s great hunting-grounds” and actually mentioned African peoples, albeit some as “ape-like naked savages, who dwell in the woods and prey on creatures not much wilder or lower than themselves.”

As Taylor Swift floats across the savannah in angelic colonial beauty, we must remember that the romantic fantasy of empire still resonates with global audiences. With 63 million hits and counting, Swift’s video is a powerful voice that needs to be placed in the messy and sometimes repulsive history it so willfully ignores. 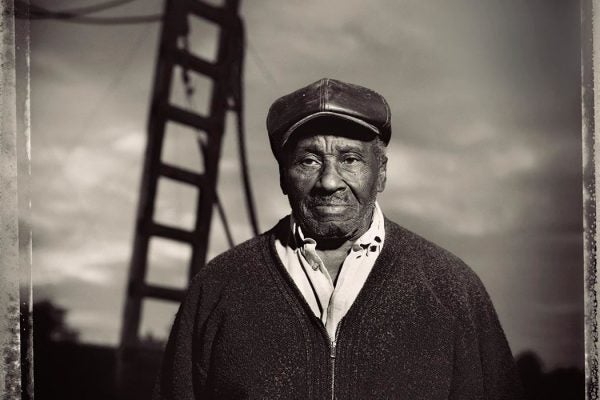 Noah Purifoy transformed the wreckage from the 1965 Watts riots into art, and in doing so, he transformed much more.