In the 19th century, Europe and the United States saw a “mania for operating.” 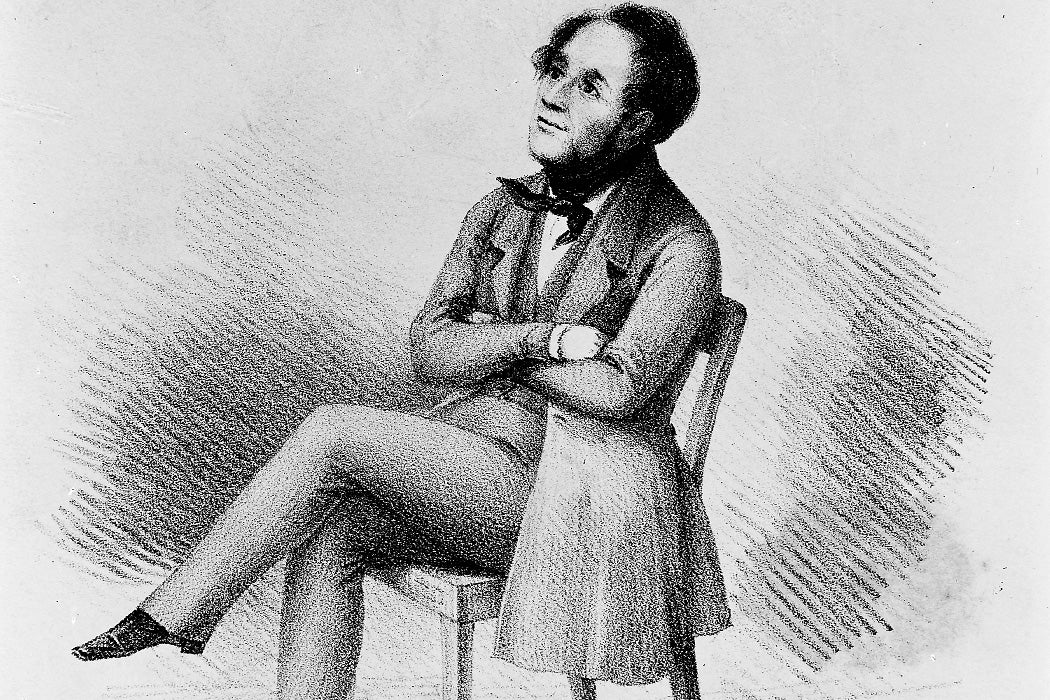 People who stutter—or, to use the British term, stammer—can find the condition frustrating and annoying. Many get relief with the help of speech therapy or just through the passage of time, but for others it’s a lifelong condition. As a 1968 article by Lloyd G. Stevenson explains, however, in the 1840s, surgeons thought they had found a “cure.”

The story begins with an entirely different type of surgery: a successful treatment for squinting. In 1840, the first reports were published of German surgeon Johann Friedrich Dieffenbach’s procedure, which involved dividing the muscles of the eyeball. Soon surgeons all over Europe and the United States were performing the procedure. Many ambitious medical professions saw an opportunity to develop their own groundbreaking surgeries.

He quickly tried out the new surgery, cutting through the root of the tongue in a rather bloody way.

Stevenson quotes a letter published by the Lancet in April of 1841 that summed up the situation:

The whole history of surgery will scarcely, perhaps, exhibit such an extraordinary number of new operations within the same given period of time as the last twelve months have produced. A perfect mania for operating has existed ever since the first operation for squinting was declared to be successful…

Less than a year after inventing the eye surgery, Dieffenbach came up with a new idea: “the possibility of a quick and radical cure” for stuttering. He quickly tried out the new surgery, cutting through the root of the tongue in a rather bloody way, which he argued would prevent spasms. He reported that his first such surgery, on a 13-year-old boy, was a great success and that other successful trials followed.

Around the same time, Stevenson writes, a British surgeon named James Yearsley tried a different surgical cure for stammering, removing the tonsils and uvula. He claimed that he had performed this procedure in more than forty people with stutters, “all of whom have immediately felt themselves relieved of their impediment.”

Other surgeons adopted these techniques, or developed their own. But many doctors questioned how real the supposedly successful cases were or argued that any apparent cure was the result of physical shock. A teacher who worked with patients on addressing stutters nonsurgically reported that several of Yearsley’s patients hadn’t really been cured.

Yearsley responded by admitting that he’d made an error by publishing cases too quickly, but he also characterized his critics as a “herd of stammering schoolmasters” afraid that the surgery would cost them their careers. He even claimed that critics had bribed his patients to speak ill of the surgery. But when the Lancet conducted its own investigation, it found that the “herd of schoolmasters” was basically right. The patients had either seen no real improvement or thought they were cured only to realize that their stammers remained.

Ultimately, Stevenson writes, while surgical techniques advanced impressively in the mid-nineteenth century, the failure of surgery for stuttering pointed to the limits of the “mania for operating.”

THE SURGERY OF STAMMERING: A Forgotten Enthusiasm of the Nineteenth Century
By: LLOYD G. STEVENSON
Bulletin of the History of Medicine, Vol. 42, No. 6 (NOVEMBER-DECEMBER 1968), pp. 527-554
The Johns Hopkins University Press