Why do Greenland Sharks and Pacific Rockfish live for hundreds and hundreds of years? 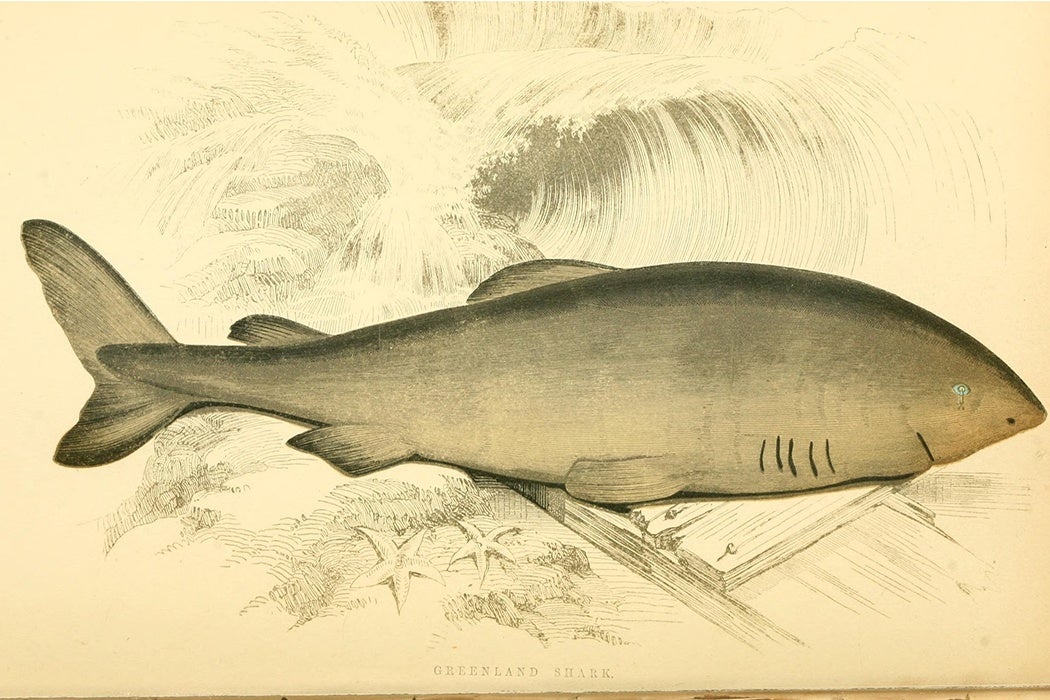 Illustration of a Greenland Shark, from A history of the fishes of the British Islands, 1868
via Biodiversity Heritage Library
By: James MacDonald
2 minutes
Share Tweet Email Print

The year was 1624. Dutch settlers arrived in the New Netherlands colony in New York. In France, King Louis XIII built a small hunting lodge he named Versailles. And in the far North, a Greenland Shark female was born. 392 years later, that shark would be caught, shattering the known limits of vertebrate aging. Researchers determined the shark’s age by radiocarbon dating specialized tissues in the shark’s eye, producing an estimate of 392 plus or minus 120 years. She was approximately 17 feet long, but Greenland Sharks have been caught that exceed 20 feet, raising the possibility that these amazing fish might live even longer than 400 years. With such incredible lifespans, the Greenland Shark surpasses the Bowhead Whale as the oldest known vertebrate. How does an organism live so long?

A study of Pacific rockfish provides insight on the evolutionary forces driving long lifespans. Rockfish fill a variety of ecological niches in cold Pacific waters, and some live more than 200 years.

Why do Greenland Sharks and Pacific Rockfish live for hundreds and hundreds of years?

In fish, old age and large size are advantageous. Long-lived species tend to be large and slow: slow-growing; metabolically slow; slow to mature. They also tend to dwell in the depths where they are protected from sources of cell damage that contribute to aging, e.g. UVb light. The longer fish live, the more larger, healthier offspring they can produce, thus contributing more surviving offspring to the gene pool.

The real advantage, however, comes from the ability to wait out uncertainty. Rockfish live in an area where abrupt temperature changes occur periodically. Temperature shifts spell death to larval fish, so a long-lived fish species can survive a few rough years and wait to reproduce until more favorable conditions arrive. A fish that matures quickly and dies young had better have good timing. If they mature during a warm spell, they might never reproduce. The Arctic is a harsh environment, and the natural freeze/thaw cycle ensure that there is high variability. Arctic organisms will encounter hard times eventually, so short-lived species are rolling the dice.

Greenland Sharks are large, have few natural threats, and mature slowly, taking up to 150 years to reach sexual maturity. Greenland Sharks also have indeterminate growth, growing forever as long as they live, rather than reaching a maximum size. Larger sized organisms are in turn less vulnerable to threats.

There are tradeoffs, naturally. The Greenland Shark’s long lifespan is its greatest gift, but it’s also its greatest vulnerability. Slow maturation is a liability if sharks are often killed before they reach maturity. When the population drops, it takes time to recover.

As the ocean warms and more of the Arctic becomes available for fishing, sharks no longer enjoy the protection of the sea ice. To keep these Methuselahs of the sea swimming, expanding Arctic fisheries must avoid overexploitation. These animals might have witnessed the Aztec Empire. Like the other senior citizens in our lives, they deserve a little respect.

Evolutionary Analysis of Life Span, Competition, and Adaptive Radiation, Motivated by the Pacific Rockfishes (Sebastes)
By: Marc Mangel, Holly K. Kindsvater and Michael B. Bonsall
Evolution, Vol. 61, No. 5 (May, 2007), pp. 1208-1224
Society for the Study of Evolution 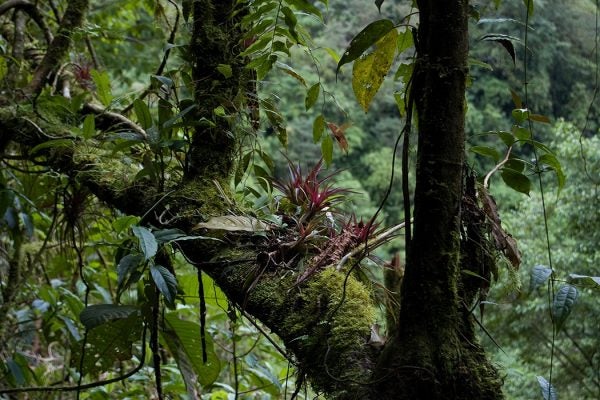 How Ants Make Gardens in the Sky

You probably haven’t heard of ant gardens, but JSTOR has. High above neotropical rain forests, ants create elaborate nests, sharing them with epiphytes.