While recent media debates why and how his Instagram art sucks, Richard Prince’s appropriation has long been a controversial, hot topic. 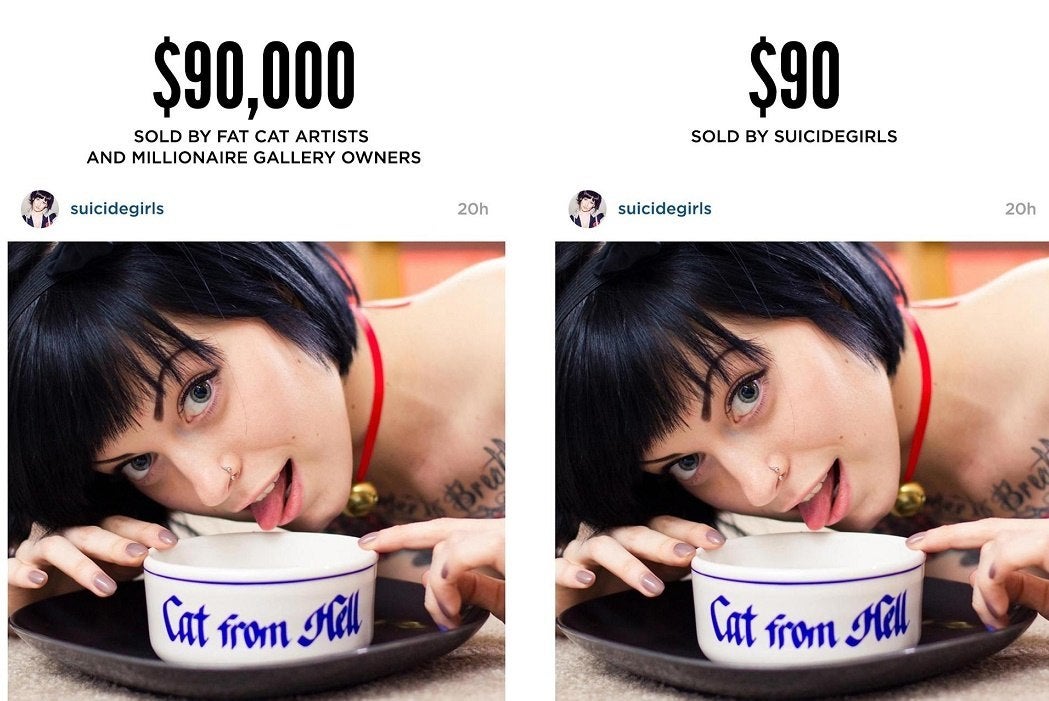 Prince has long been famous for appropriating images, putting his name on them, and selling them for ridiculously high price tags. But he has just met his match with Selena Mooney, founder of the SuicideGirls website. Mooney is selling the original Instagram photos appropriated by Prince for a mere $90 as opposed to his $90,000 charge.

Lynne Cooke’s review of Prince’s 1992 show seems to summarize current reactions to his recent series “New Portraits” presented by the Gagosian Gallery. Cooke theorizes that, like any established brand name, much of his success rests on his earlier reputation. She notes:

Much of the commentary on Prince’s work initially concentrated on its relationship to issues of appropriation, simulation, and to postmodernist attacks on the so-called modernist myths of originality, authorship, and authenticity.

Prince’s artistic practice has always been challenged by critics, though likewise his very forthright practice and process challenges viewers, gallerists, art patrons, and the public at large to consider and debate the very value of art and copyright, now questioning what it means to own, create, and appropriate public art in this digital age.

In a 1988 interview with Prince, Marvin Halferman asked about Warhol’s influence upon his photographic works, to which Prince responded, “I wanted to use photography because it has another…history. Painting, silk screen, drawing, they suggest something else. But photography suggested belief. It suggests fact. I thought that because I was choosing subject matter that was in fact, fiction, it might be better to use a factual medium to level that fiction, to occupy an area of ‘official fiction.’”

It seems that Prince’s blending of fact and fiction via photography has now expanded into the much murkier waters of social media, where an exponentially growing public archive is available to him as his medium.

Whether praised for his continued relevance in the conversation surrounding ownership and the digital archive or whether condemned for his lack of originality and accused of outright stealing, Prince continues to sell his work and name while sparking important and relevant conversations.

Cooke sums it up best back in ‘92 saying, “Whether it is encountered in actuality or in reproduction matters little, for Prince’s works function best when they act as reminders of themselves, as traces of what has already been seen, revealed, or known.” Instagram currently has 300 million active users who are likely intricately and personally embedded in this network of friends, family, celebrity, and strangers alike.

By tapping into this network and appropriating these images, Prince continues the legacy Cooke alludes to—his work is at once intimate, known, familiar, irritating, and (at least monetarily) successful. 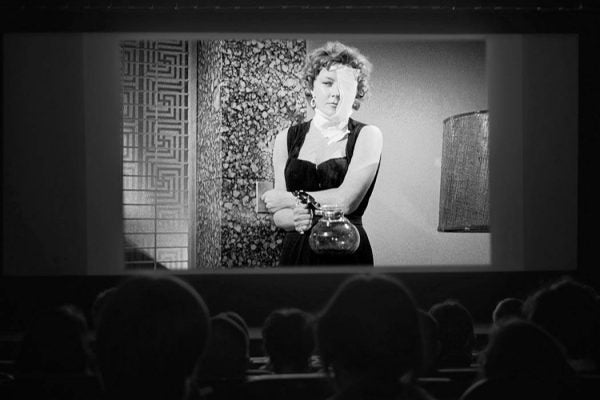 Stars and Scars: Disfigurement in Film

Onscreen, scarring represents a loss of beauty for women and toughness for men, but what about the actors who bear visible scars?