Having more than one wife was an established part of life for some Native peoples before Europeans tried to end the practice. 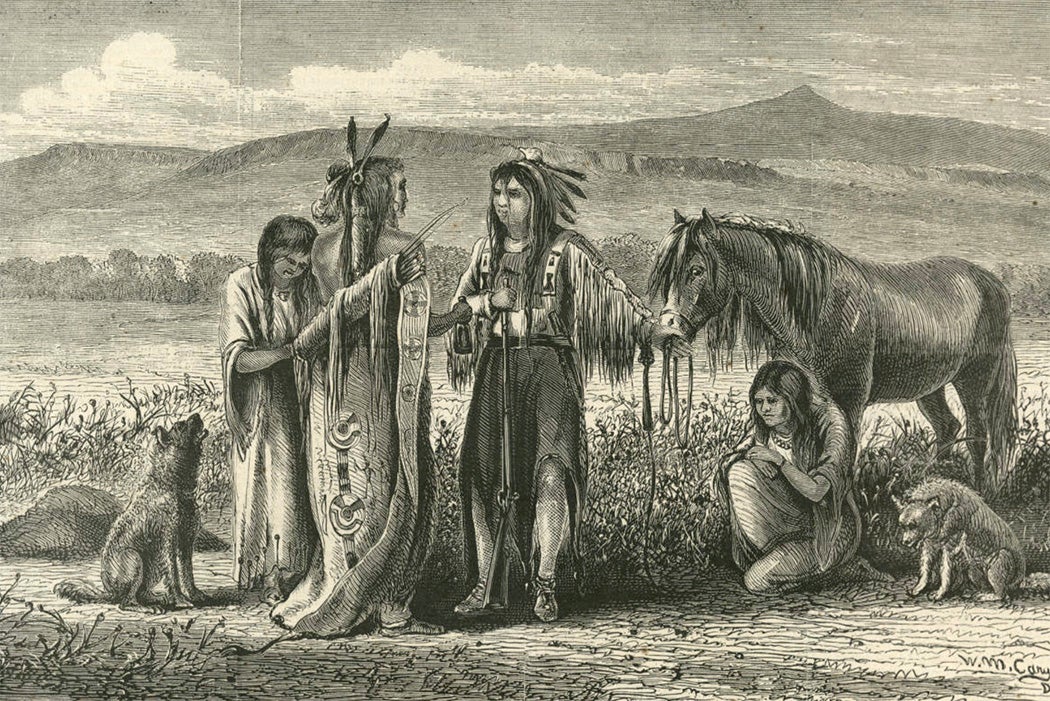 At many times and places, monogamy and other forms of marriage have coexisted peacefully—as they’re increasingly doing in the US today. But at other times they’ve been part of dramatic conflicts. Historian Sarah M.S. Pearsall describes particularly intense clashes of cultural attitudes toward marriage that played a role in two uprisings against Spanish colonial rule by Native people: the Guale Rebellion in Spanish Florida and the Pueblo Revolt in New Mexico.

Pearsall writes that Spanish colonists came to the Americas primed to be horrified by polygamy. Through the Reconquista and Spanish Inquisition, it had been a rationale for attacks on Muslims and Sephardic Jews. So Spanish missionaries saw the polygamous marriage models used by some Indigenous Americans as one of the great evils to be rooted out.

Given the limited surviving evidence, Pearsall explains, it’s harder to tell what the Guale and Pueblo of the time thought about Spanish marriage customs.

Having many wives could give a leader ties to other nearby groups, as well as a wealthier and higher-status household.

“The lack of divorce [in Spanish society] must have seemed a bad idea, likely to lead to violent strife,” she suggests. “The hypocrisy of leaders, who preached celibacy and monogamy but lived outside of them, must have been striking.”

Polygamy was important to both Guale and Pueblo societies. In these and many other Native American cultures, having many wives could give a leader ties to other nearby groups, as well as a wealthier and higher-status household. Polygamy also allowed cultures in which captive-taking was common to integrate women and children from rival groups into a household.

In 1597, a Franciscan missionary in Guale land attempted to stop the head leader, Don Juan, from marrying a second wife. Juan and his followers beheaded the friar. This touched off an uprising in which the Guale forces killed five Franciscans and took a sixth captive.

The Pueblo Revolt of 1680 was much larger and more significant than the Guale Rebellion, and it took place in a different context. The long presence of Spanish colonists had prompted many changes in the area’s culture. Only a small number of elite households practiced polygamy at this point.

Po’pay, a spiritual leader, rallied the Pueblo to overthrow Spanish rule, burning temples and rosaries, destroying non-native crops, and leaving their Christian marriages. One witness reported that Po’pay promised that “the Indian who shall kill a Spaniard will get an Indian woman for a wife, and he who kills four will get four women, and he who kills ten or more will have a like number of wives.”

Po’pay appeared to be offering even low-status men the chance to gain power through martial success. Pearsall argues that this represents a “radically conservative” vision—a new kind of social organization in an old form.

“In claiming that he would make things as they had been, Po’pay offered a vision of a society actually transformed by a new basis for status, resources, and authority,” she writes.

Polygamy was part of that idealized vision, just as it was a rationale for colonialism for the Spanish and a basic part of social organization for the Guale.