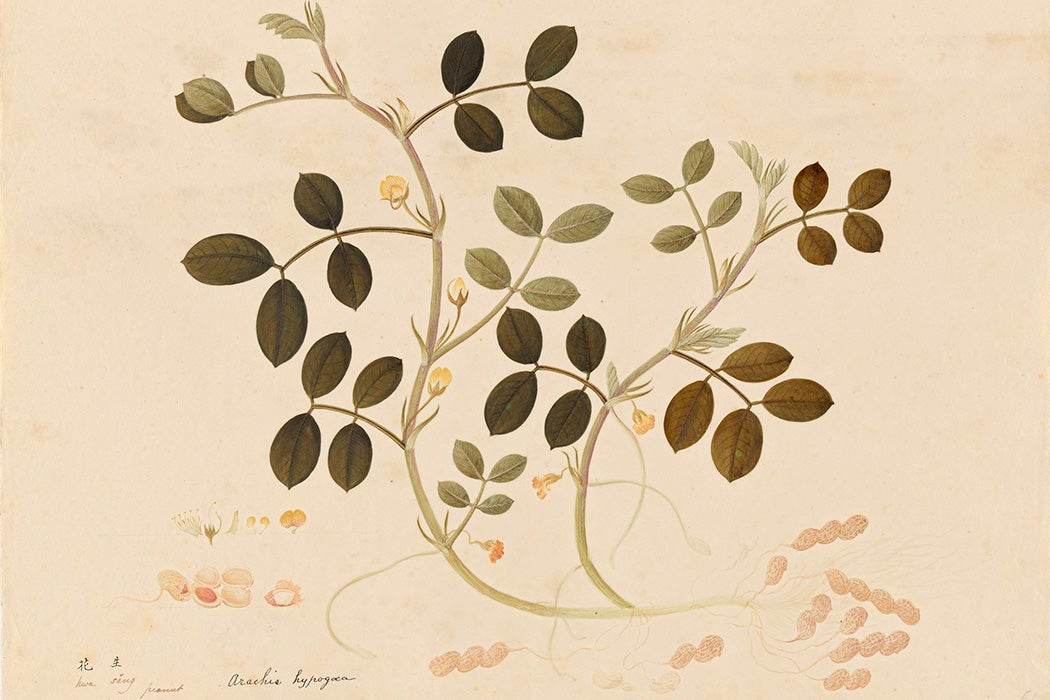 Peanuts are a tasty treat enjoyed by many. Whole nuts, roasted or boiled, salted or not, are a high-protein, low-cost snack. The “nut” is also a quintessential ingredient in cuisines around the world, used as a thickening and flavoring agent. And the peanut is a source of cooking oil and the star ingredient in a spread for toasted bread, sandwiches, and more.

Peanuts and peanut butter, a North American staple patented in 1884 and 1895, surged in popularity in the US during the COVID-19 pandemic. In 2020, as the National Peanut Board reported, peanut consumption reached “an all-time high.” Peanut butter accounted for the bulk of consumption (56%), well ahead of peanut snacks (20%), candy (17%), and in-shell nuts (6%).

This preference suggests that shoppers in the US changed their buying and eating habits—favoring peanut butter—in response to physical distancing measures and economic uncertainty. The spread became an affordable staple for preparing meals at home. For some, that included peanut butter and jelly sandwiches: a comfort food that evoked childhood memories of better times. The new habits, along with panic buying, contributed to a shortage of peanut butter at grocery stores.

Given this renewed interest in peanuts, the plant’s unusual history sheds interesting light on the rise to its status as a global food. Attending to botanical properties of peanut and its interactions with humans, from Andean civilizations of South America to enslaved persons of nineteenth-century West Africa, elucidates the cultural, medicinal, and economic salience of the plant.

Andean civilizations domesticated the plant through natural selection over millennia, spreading its cultivation to other regions of central South America.

Despite its English name, the peanut, or Arachis hypogaea, is not a nut in the botanical sense. Rather, it is a leguminous plant belonging to the family Fabaceae. The plant’s specific epithet hypogaea (“under the earth”) references how it adapted to produce bright yellow flowers above ground and fruit below ground. This form of reproduction, known as geocarpy, evolved to protect plant offspring from harsh conditions.

The peanut, a natural hybrid of two wild species, originated in Bolivia. Andean civilizations domesticated the plant through natural selection over millennia, spreading its cultivation to other regions of central South America.

Thousands of years later, the creators of the Moche civilization of northern Peru consumed peanuts ceremonially and produced metal and ceramic objects with depictions of pods. They also buried high-ranking individuals with such objects as well as offerings of real peanuts.

Historical records also establish the presence of the peanut in pre-colonial Mesoamerica, where it gained importance to Nahua peoples of present-day Mexico. The peanut, or tlalcacahuatl in Nahuatl, appears in the twelve-volume General History of the Things of New Spain—the most celebrated version being the Florentine Codex. Significantly, Nahua authors and artists compiled the chronicle of Nahua culture, practices, and history in collaboration with the Spaniard Bernardino De Sahagún, a Franciscan friar. Book Eleven of the codex portrays a yellow-flowered peanut and documents Indigenous knowledge about its structure and medicinal properties.

During the colonial era, Spanish and Portuguese explorers first encountered peanut in the New World tropics, where Indigenous peoples cultivated it. These Europeans subsequently transported the plant to Europe, Africa, Asia, and beyond in the sixteenth century.

Geographer Judith Carney has elucidated how the Portuguese transatlantic slave trade disseminated African plants and Amerindian crops introduced to Africa—including the peanut—back to the Americas. Slave-ship captains obtained peanuts and other African food staples to improve survival rates of enslaved persons during the Middle Passage, with leftover rations being dispersed. Yet, as Carney shows, it was “uprooted Africans” who, drawing on plant knowledge and cultivation skills, grew novel plants in kitchen gardens and used them to create signature cuisines.

Peanuts remained bound up with slavery in the nineteenth century even after Great Britain, France, and the US outlawed the practice. Journalist Jori Lewis has explained how an insatiable desire for peanuts in Europe and the US fueled a West African groundnut trade reliant upon African slavery and indentured labor. Paradoxically, as Lewis reveals, the peanut also provided some enslaved and indentured persons with a means of liberation: peanuts grown at kitchen farms could be sold and the earnings used to purchase freedom.

The Origins of Plant Cultivation and Domestication in the New World Tropics
Current Anthropology, Vol. 52, No. S4, The Origins of Agriculture: New Data, New Ideas (October 2011), pp. S453–S470
The University of Chicago Press on behalf of Wenner-Gren Foundation for Anthropological Research