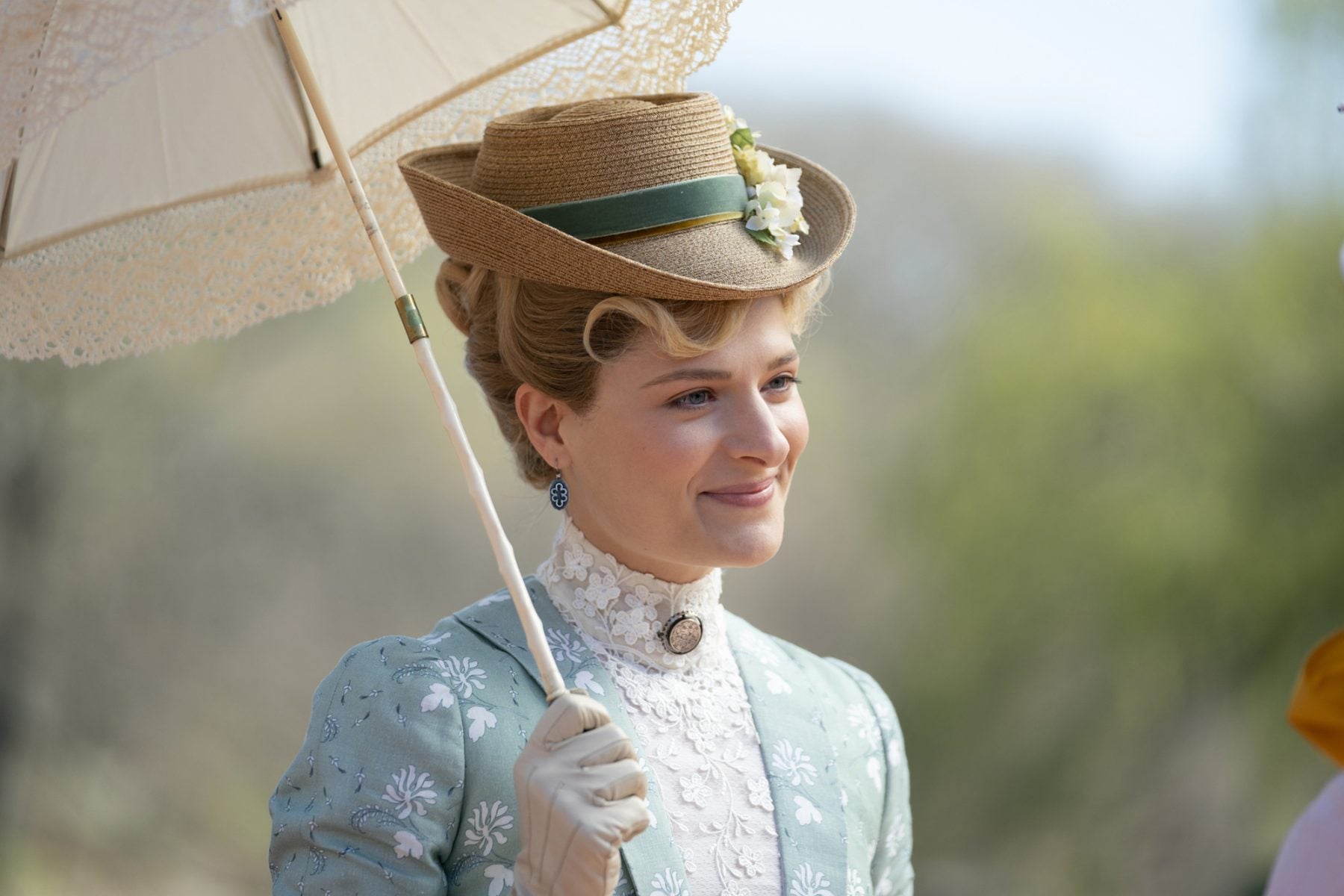 In January 2022, Julian Fellowes’s new series, The Gilded Age premiered on HBO. While the verdict’s out whether the show will live up to its promise as an American answer to Downton Abbey, so far, it has delivered on the decadence characteristic of its titular era. The show has already served up numerous scenes of opulent homes, clothing, carriages, and parties—what Thorstein Veblen famously termed “conspicuous consumption” in his 1899 sociological classic The Theory of the Leisure Class.

On the show, benevolence often accompanies opulence. Most of the episodes thus far have centered on events tied to philanthropy. In one episode, a charity luncheon introduces viewers to the ruthless social world of wealthy New York. On another, a railroad magnate shuts down a fundraising bazaar through a show of industrial might. And, on an episode didactically titled “Charity Has Two Functions,” Clara Barton makes an appearance to explain that she understands that the wealthy use her organization for social climbing, a fact she accepts because it keeps the nascent Red Cross afloat.

As The Gilded Age suggests, during the era, charity was a realm in which women could play a visible role in public life. Wealthy, largely white, women were able to wield influence in reform movements and the growing, increasingly professionalized field of social work through charity. Wives, daughters, and sisters of business magnates became patrons of schools, libraries, hospitals, and cultural organizations. Women like Louise Whitfield Carnegie, Abby Aldrich Rockefeller, and Gertrude Vanderbilt Whitney gave away money accumulated from the growth of industry and a lack of taxation (the graduated income tax was not introduced until 1913).

The Gilded Age’s focus on intra-class tension in charitable endeavors misses opportunities to depict how charity was also a site of inter-class interaction, and often, animosity.

So far, The Gilded Age’s focus on intra-class tension in charitable endeavors misses opportunities to depict how charity was also a site of inter-class interaction, and often, animosity. Settlement houses, working girls’ clubs, and other charitable institutions brought wealthy women into contact with a burgeoning working class. As David Sloane’s research demonstrates, women reformers founded hospitals with the mission to care for children, whom they saw as vulnerable to the ravages of urbanization and industrialization, as well as poor parenting. The premise of this work, as one might guess, put charitable organizations at odds with poor mothers, who resisted reformist assumptions “that ill-trained Old-World mothers did not have the training necessary to raise children adapted to urban, industrial society.” Laura R. Fisher’s scholarship on settlement houses shows how working class immigrants took issue with the power dynamics embedded in their funding structures. Wealthy Jewish philanthropists who funded the settlement houses expected them to be sites of assimilation and uplift.

The 1890s also saw the rise of working girls’ clubs, charitable organizations in the U.S. and Britain that provided space for working women to gather around literature and other cultural pursuits. The Gilded Age’s heroine, Marian Brook, floats the idea of working at an organization that resembles a working girls’ club as a way to occupy her time. In Edith Wharton’s Gilded Age novel, The House of Mirth, Lily Bart’s cousin spends her time volunteering at a working girls’ club, which becomes a staging ground for the tensions that the novel identifies between wealthy and working class women.

Working girls’ clubs were meant to replicate the popular concept of women’s clubs to the masses. An 1890 review of the book Clubs for Working Girls by British reformer Maude Stanley identifies how “‘discipline and order’” should be the primary concern when starting a club. And, it goes on to highlight what the book deems the “failings of working girls”: “drinking habits” and “premature lovemaking.”

Fisher’s Reading for Reform delves into the societal function that the clubs served and how they’re represented in literature of the era. Though working girls were expected to pay subscription fees to clubs to build “self-reliance,” they were also funded by wealthy women and staffed by middle class women. As she shows, working girls clubs were established to keep a burgeoning class of women new to the city and new to the workforce from spending their wages in bars and other sites of supposed disrepute. She argues that “the [working girls’ club] movement sought to create a new social taxonomy of white working women at a transitional moment in U.S. modernity.” Crucially, they encouraged working class women to make wealthy and middle class women objects of aspiration. As thinking behind the design of working girls’ clubs went, if working class women were in proximity with middle and upper class women and enculturated to share in their cultural pursuits, they would come to emulate their manners and lend respectability to working women. As Fisher points out, tensions in the club arose because of their conservative positions on labor issues. Rather than using the collective space of the working girls’ club to organize around poor working conditions and low wages, club leadership encouraged “self-discipline, obedience, and respect for employers.”

We see the vexed legacy of working girls’ clubs in public discourse about women, philanthropy, and other organizations with supposed “social impact” missions today. The formerly buzzy coworking company The Wing explicitly cited women’s clubs as inspiration for their all-women work and social spaces, meant to offer a feminist alternative to mainstream coworking spaces. Like women’s and working girls’ clubs, The Wing aimed to give women who worked in cities spaces to work, socialize, and partake in cultural and political programming. However, as with working girls’ clubs, The Wing has also faced criticism of its poor working conditions for staffers in low paid positions, many of whom were women of color.

Today, women who are philanthropists like Melinda French Gates and MacKenzie Scott (formerly Bezos) both enjoy acclaim and suspicion as they give away their husband and ex-husband’s fortunes. While they may not be accused of social climbing, they do, however, come under fire for using philanthropy to distract from the problem of inequality and the source of their wealth.

So far, The Gilded Age has framed charity as a delicate social game. At the time, however, it played a significant role in public discourse, as it does today. Philanthropy was a hotly contested topic because it brought larger fights over capitalism to the fore of questions related to labor, politics, and religion. Andrew Carnegie’s 1889 essay, “Wealth,” (now known as the “The Gospel of Wealth,”) made the case that inequality leads to the “progress of the race,” an argument that as readers of the essay will notice, is structured by racism and settler-colonialism. In “Wealth,” Carnegie justifies the power of industrialists like himself against calls for taxation, breaking up monopolies, or better wages for workers through the supposition that the wealthy knew better how to spend money than the poor.

Some Gilded Age reform movements that benefitted from philanthropy played into the assumptions that by virtue of their success, wealthy industrialists are models of morality. Temperance leagues, for example, used Carnegie as a kind of “anti-drink” influencer in ads like this one that heralded his wisdom in sobriety. For literary scholar Kathleen Davis, Carnegie’s theory of giving can be described as “tycoon medievalism,” which as she argues used corporate philanthropy to “establis[h] an impersonal, self-perpetuating mechanism for redistributing economic capital into symbolic capital at a crucial moment in the history of US labor relations.”

Philanthropy as practiced by Carnegie and other Gilded Age industrial magnates was also met with fierce opposition. Critics saw philanthropy as a way to avoid taxation of massive fortunes that should be publicly controlled. More radical critics of corporate philanthropy understood it to be inseparable from business practices that relied on low wage, dangerous work. In the case of Carnegie, thousands of workers died or were maimed in his mills and a dozen were killed in the Homestead Strike.

A 1911 Fabian Socialist tract, for example, contended that practices associated with “scientific philanthropy”—the theory of charity associated with Carnegie and other industrial philanthropists—replaced the personal nature of almsgiving with “the machinery of investigation.” They go on to argue that capitalism transforms social relations by separating workers from capitalists. This separation “cuts at the root of charity, severing the outward act from the inner grace.”

In a 1901 article published in the Missouri Socialist, “Crimes of Carnegie: Protest Against Condoning Crime in the Name of Philanthropy,” socialist politician Eugene V. Debs frames Carnegie’s supposedly benevolent project of funding libraries as a crime. Establishing free libraries were the hallmark of Carnegie’s philanthropy. Like working girls’ clubs, they were meant to be aspirational alternatives to bars. Carnegie promoted them as places where working people could gain knowledge that would lead them on a path to upward mobility like his. For Debs, libraries represent the worst of Carnegie’s crimes in that they’re emblematic of capitalist philanthropy that derives from profits amassed by stealing from workers’ via exploitation of their labor. Debs reminds readers of the violent tactics Carnegie used against striking workers. Rather than read in Carnegie’s libraries in their few hours away from work, Debs delivers a stirring call for working people to revolt against philanthropy:`

Let honest workingmen everywhere protest against the acceptance of a gift which condones crime in the name of philanthropy. Let them put themselves upon record in terms that appeal to the honor of their class and the respect of all mankind. We want libraries and we will have them in glorious abundance when capitalism is abolished and the workingmen are no longer robbed by the philanthropic pirates of the Carnegie class. Then the library will be as it should be, a noble temple dedicated to culture and symbolizing the virtues of the people.

Though The Gilded Age’s viewers have so far not encountered radical critiques of philanthropy, the season’s fifth episode hints at a third function of charity: distracting from industrial disasters. At the end of the episode, new money railroad tycoon George Russell learns that one of his trains has been derailed, killing several people. After learning the news, he tells his wife to call Clara Barton, to whom she’d recently made a large donation. This suggestion of disaster capitalism style philanthropy shows how rather than only a social game, philanthropy was serious business. 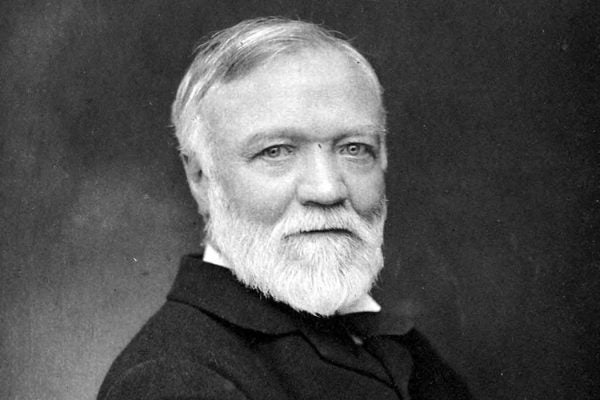