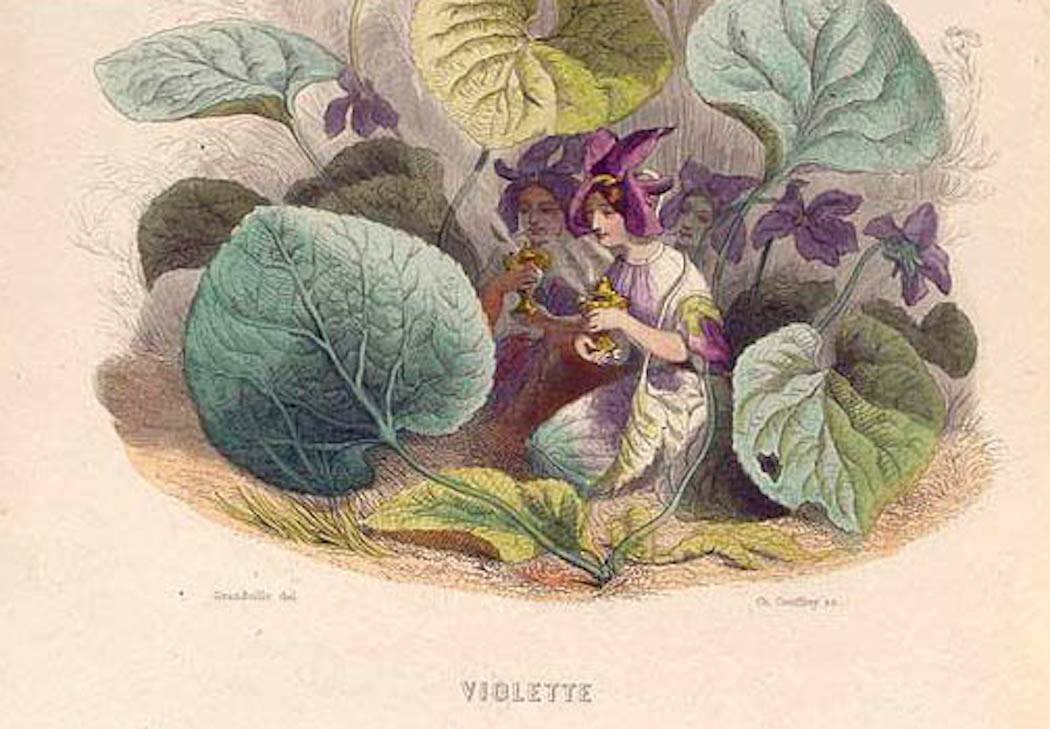 So it entirely slipped my mind that Lingua Obscura recently turned one (yay!) and is now a veritable toddler among columns, bless its little pointy head. Thank you to all who read her, or him or them… If you’re now scratching your heads over how an inanimate linguistics column suddenly became human, let me introduce you to my much maligned friend Personification.

Personification is weird…yet entirely natural. It’s the odd practice of pretending things are people. When we personify, we apply human attributes to inanimate objects, to nature, to animals, or to abstract concepts, sometimes complete with dramatic stories about their social roles, emotions and intentions. We can observe this linguistically through features like unexpected pronoun use or certain animate verbs and adjectives that are usually only applied to people. A common example is how ships and other vessels traditionally have a feminine gender in English (even if the ship happens to be a “man-of-war“). French yachtswoman Isabelle Autissier provides a perfect example:

“I spent three years… with this boat and I am very close to her. Now I am here and she is alone and that is pretty difficult.”

Why would Autissier do this? There’s a strange empathy in words like “she is alone” applied to an object that can’t possibly have a sense of loneliness. This isn’t the artifice of poetry, but everyday language. On the face of it, the concept of personification seems pretty crazy, the stuff of fantasy and magical thinking.

Personification is not only wildly popular, it’s a fascinating psychological phenomenon that reveals a lot about how we might understand the world.

You might think, like many a respectable scientist, that it has no place in our earth logic, because not only is it not real, it is objectively false (and therefore unscientific), since inanimate objects do not have feelings or intentions (and if animals do, we can’t possibly know for sure). Yet personification is not only wildly popular in language use (even if we don’t always notice it), it’s a fascinating psychological phenomenon that reveals a lot about social cognition and how we might understand the world.

It’s easy enough to find examples everywhere in language. We’re constantly making everything human. We start in childhood, in the way we express how we see the world in sentences like “the cloud wants to go that way.” Casual language gives us low-key linguistic memes like “let me introduce you to my friend karma/prozac/plaintext,” which props up anything you like as human. But this is not about memes being a thing. Here’s another recent example (complete with emotional backstory):

“The Americans is the kind of show that should inspire the TV industry to throw Emmys at it like elderly men throw bits of bread to the ducks at the park, but not only does it not get the audience it deserves, it doesn’t get the industry accolades either.”

So why do we want clouds, ships, even corporations, among so many other lifeless entities, to be people?

You’re probably familiar with personification (along with its fraternal twin anthropomorphism) as a rather tired literary trope in poetry and allegory. Though widely used throughout Western literature it’s often derided by some literary critics as an “unimportant” and “reality-drained” type of symbolic language, according to Morton W. Bloomfield in “A Grammatical Approach to Personification Allegory.” Bloomfield points out, “Personification was defended and praised in the eighteenth century for the very qualities—imaginative creativity, boldness, concentration, passion—that it has since been considered deficient in.”

Personification as a respectable device of language was perhaps cruelly murdered in cold blood ever since John Ruskin coined the rather negative term “pathetic fallacy” to refer to the practice of attributing human feelings to depictions of nature in what he considered second-rate poetry. Take these lines:

They rowed her in across the rolling foam—
The cruel, crawling foam. (Charles Kingsley, Alton Locke)

Ruskin declared, because “the foam is not cruel, neither does it crawl,” the literary device here was an error of truth, producing  “a falseness in all our impressions of external things.” Personifications for some, more than other types of metaphorical language that also play fast and loose with the truth, have been damned as unnecessary falsehoods. But perhaps in the whimsical world of poetry bare facts don’t matter.

It turns out that, following Ruskin, scientists also have a problem with “pathetic fallacy” (or “cute silliness”) as a device for teaching scientific facts, such as in these examples:

“Air hates to be crowded, and when compressed it will try and escape to an area of lower pressure.”

“Because it gets colder as you go up, the atmosphere wants to convect.“

Like immiscible polar and non-polar liquids, science and personification don’t mix. Mainstream science is not a little contemptuous of the ‘unscientific’ practice of personification, such as anthropomorphizing animals in order to reach an understanding of their emotional states. Scientists often argue that rendering scientific information in overly human terms is a surefire way to make it harder to learn science, particularly for impressionable children (who apparently will believe anything you tell them).

What’s so wrong with personification anyway? Many assume personification just became a thing in language because of a tendency towards animism, a very unscientific belief that non-human entities such as animals, plants, mountains etc, have a spiritual life. If you happily accept that a mountain might be a god, you’re more likely to attribute human characteristics to all sorts of objects, or so the theory goes, because animism is assumed to be primitive or unsophisticated. The claim is that personification is intuitively used by children or the “uneducated classes” who don’t know any better.

Pascal Boyer shows otherwise, citing cognitive and experimental studies that suggest children, early on, know perfectly well what is animate and inanimate and in fact their world knowledge is not only complex, it also requires sophisticated theorizing about objects. They don’t anthropomorphize because it’s intuitive, stemming from a child-animism that blindly believes everything is alive. When children personify, it’s often in a context of being encouraged to play and personification has been shown to aid learning rather than to obstruct it. Boyer points out that in experiments, “young children are confident that an imaginary item, described as ‘sleepy’ may well be ‘furious’, but that it certainly cannot be ‘made of metal’.” In Boyer’s view, even for young children (as well as for scientists) personification is actually paradoxical and counterintuitive—it is salient because it grabs attention. It may make no factual sense, but it’s somehow completely natural and all too human. We all have a tendency to personify, whether we believe in gods or not. It’s not just for kids, trolling scientists or poetic pretence.

Studies have shown that the act of anthropomorphizing can alleviate loneliness and promote social connection.

By personifying, we often assume social roles and identities for objects and attribute intentions and emotions to them. This not only tells us a lot about our own cognitive states, it increases empathy and understanding. For example, studies have shown that the act of anthropomorphizing can alleviate loneliness and promote social connection (think Tom Hank’s friend Wilson, the irrepressible volleyball in Castaway).

Despite science’s general reluctance to approve of personification techniques as a teaching aid, this is really a natural way for people to express information—personification does often help us to understand concepts through human analogy. By turning objects into individuals, we can relate emotionally to their ‘histories,’ making them more memorable and studies have shown this does help kids learn.

A curious case of how deeply natural personification might be in cognition was examined over a hundred years ago, in the work of psychologist Mary Whiton Calkin and others. Calkin ran experiments on what is now termed ordinal-linguistic personification, a variant of grapheme synesthesia (pdf). Astonishingly, Calkin’s work generated little follow up research until quite recently. More well-known forms of synesthesia are those based on color distinctions and other basic senses such as sound, touch and taste. But there’s also a cognitive condition where some people personify numbers and letters and distinguish these graphemes through animate attributes. Graphemes may often have a gender or social status in relation to other graphemes, or generate feelings of like or dislike, or have very elaborate back histories. Calkin called these ‘dramatizations’ and reported elaborate personifications such as:

B; seems like a young woman, a friend of L, which seems like a daughter to M. N seems to be a sort of maiden aunt, sister to M. O is a young man connected with M as a nephew. He connects M and N with P, an older friend of his. Q is odd and stands by himself as rather an eccentric middle-aged man. R is like a maiden lady, an advisory friend of S, a young, handsome girl. T is the devoted admirer of S.

These personifications of graphemes have been shown to be consistent and stable over time. They’re not just momentary fanciful projections of metaphorical language. This suggests that personification, like our basic senses, is a very natural way for humans to view, understand and interact with the world of objects.

A Grammatical Approach to Personification Allegory
By: Morton W. Bloomfield
Modern Philology, Vol. 60, No. 3 (Feb., 1963), pp. 161-171
The University of Chicago Press
A Statistical Study of Pseudo-Chromesthesia and of Mental-Forms
By: Mary Whiton Calkins
The American Journal of Psychology, Vol. 5, No. 4 (Jul., 1893), pp. 439-464
University of Illinois Press
What Makes Anthropomorphism Natural: Intuitive Ontology and Cultural Representations
By: Pascal Boyer
The Journal of the Royal Anthropological Institute, Vol. 2, No. 1 (Mar., 1996), pp. 83-97
Royal Anthropological Institute of Great Britain and Ireland
Creating Social Connection through Inferential Reproduction: Loneliness and Perceived Agency in Gadgets, Gods, and Greyhounds
By: Nicholas Epley, Scott Akalis, Adam Waytz and John T. Cacioppo
Psychological Science, Vol. 19, No. 2 (Feb., 2008), pp. 114-120
Sage Publications, Inc. on behalf of the Association for Psychological Science
HEIRLOOMS AND TEA TOWELS: VIEWS OF SHIPS' GENDER IN THE MODERN MARITIME MUSEUM
By: Jeffrey Mellefont
The Great Circle, Vol. 22, No. 1 (2000), pp. 5-16
Australian Association for Maritime History
Ruskin on the Pathetic Fallacy, or on How a Moral Theory of Art May Fail
By: Bertram Morris
The Journal of Aesthetics and Art Criticism, Vol. 14, No. 2, Second Special Issue on Baroque Style in Various Arts (Dec., 1955), pp. 248-266
Wiley on behalf of The American Society for Aesthetics 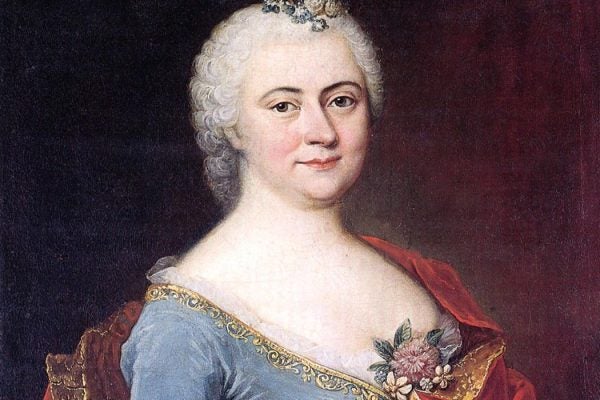 Translator, traitor, goes the Italian expression, although something may be lost in the translation.