Parental Advisory: The Story of a Warning Label

Songs weren’t always labeled for explicit lyrics. The history of how it all came about includes some unlikely bedfellows. 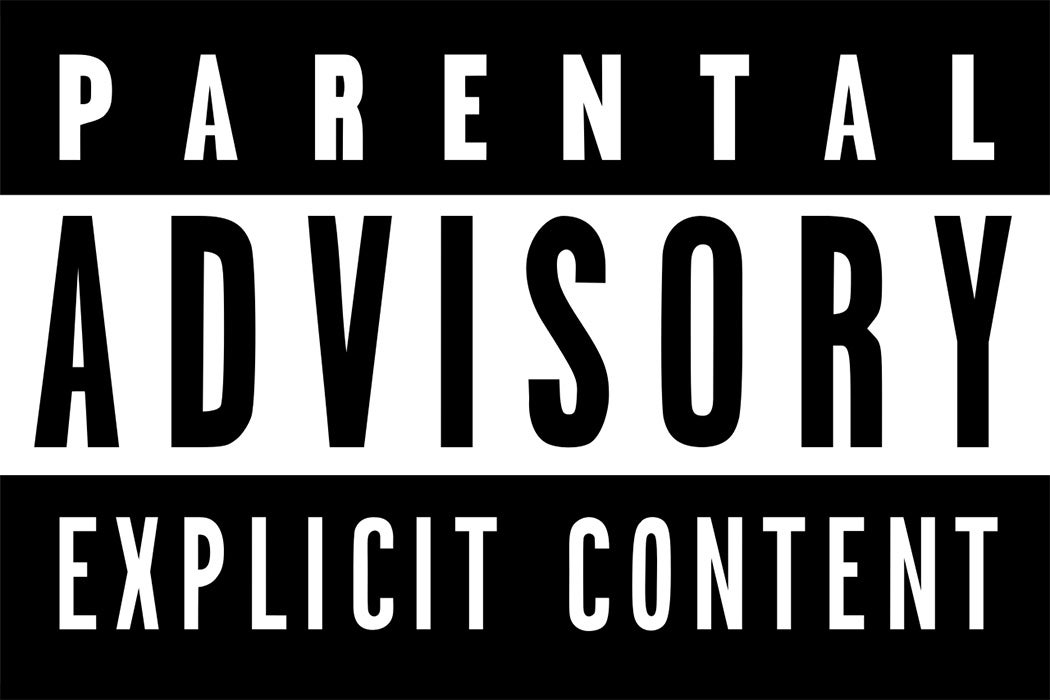 It sounds like the beginning of a joke: John Denver, Dee Snyder, and Frank Zappa walk into a Senate hearing. But on September 19, 1985, the three found themselves collaborating. Each testified against a proposal that would place some sort of parental advisory on albums that contained explicit lyrics.

Conceived by the National Parent Teacher Association, the proposal would, as Robert Cutietta explains in Music Educators Journal, “establish a rating system like that used for films.” Ratings like “V” for violent or “X” for sexually explicit lyrics would appear on the album so that parents would know exactly what was in their kid’s Walkman. Although that framework didn’t take hold, it wouldn’t be too long before a labeling system would be put into effect. It all started with the Parents Music Resource Center.

As a way to get other concerned parents on board, the organization mailed letters to influential people nationwide.

The Parents Music Resource Center (PMRC) grew out of the National PTA’s campaign. As a way to get other concerned parents on board, the organization mailed letters to influential people nationwide. That’s how Susan Baker, married to Secretary of the Treasury James A. Baker III, ended up hearing songs that would later be known as the “Filthy Fifteen.” Songs like Mercyful Fate’s “Into the Coven” (rated “O” for reference to the occult); Twisted Sister’s “We’re Not Gonna Take It” (“V” for violence); Black Sabbath’s “Trashed” (“D/A” for drug/alcohol reference); and Prince’s “Darling Nikki,” which earned Prince one “X”-rated spot on the list (his song “Sugar Walls,” performed by Sheena Easton, also got an X).

As music historian Claude Chastagner writes, Susan Baker assembled a group of other well-connected women to “create an organisation to inform parents about the pornographic contents of some rock records.” The “Washington Wives,” as they’d be known, included Tipper Gore and Peatsy Hollings, both married to senators, and Sally Nevius, whose husband was on the Washington, D.C., city council. Their first step was to form an advisory committee, which, much like the musicians who would appear at the Senate hearing, also featured some unlikely combos—a University of Texas music professor, the mayor of Atlanta, and a Christian-TV host, all funded “with the financial help of Mike Love, from the Beach Boys, and Joseph Coors, the owner of Coors beers.”

Rather than determining whether albums would be labeled (nineteen record labels had already voluntarily added advisory stickers a month earlier), the Senate hearing would provide a chance to hear all sides. John Denver, for example, spoke about his own experience with censorship when his song “Rocky Mountain High” was thought to be about drugs. (“This was obviously done by people who had never seen or been to the Rocky Mountains,” he told the committee.) Ultimately, the PMRC won, and through a deal with the Recording Industry Association of America, labels were added to albums on November 1, 1985.

Advisory labels don’t have the impact they once did, but then, it was a different story, with some record stores either prohibiting those under eighteen from purchasing the stickered albums or refusing to stock them at all. Chastagner explains that artists were also encouraged by record companies “to sanitise their lyrics and render them more acceptable commercially.” For its part, members of the PMRC insisted they weren’t encouraging censorship, only providing information. Baker, speaking to Newsweek on the thirtieth anniversary of the hearing, said, “We did what we felt we could do. We feel like we made a contribution.”