Are you an Outlander superfan? Find out about how the collective memory of the Battle of Culloden and its historic site have changed over time. 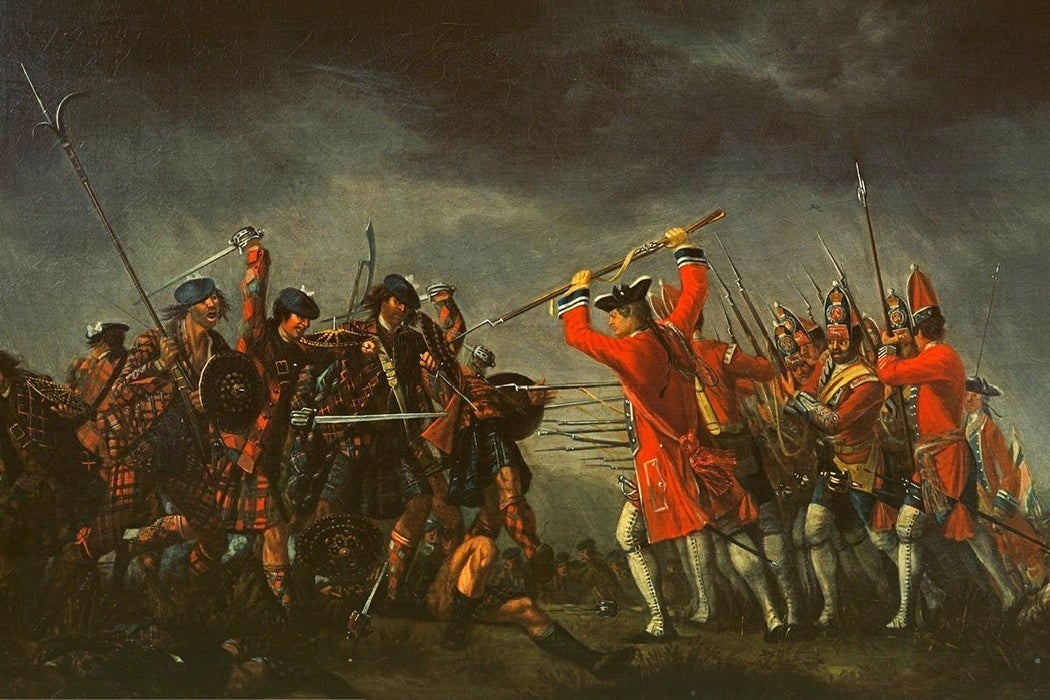 Last month marked the 270th anniversary of the Battle of Culloden, a site that the battlefield’s memorial calls “iconic and emotive.” As fans of Outlander—both Diana Gabaldon’s time-traveling book series and the Starz network show—know, the Battle of Culloden was bloody, quick, and monumental in transforming Scottish Highlanders’ lives.

To study Culloden is to study memory and memory-making.

Simply understood, the 1746 battle took place between the English and the Scottish Highlanders, led by Prince Charles Edward Stuart (also known as Bonnie Prince Charles and “The Young Pretender”) in the last confrontation of the 1745 Jacobite Uprising. A more nuanced version of history recounts the complexity leading to the battle as a civil war that did not fall so cleanly between the English and Highlanders, but rather pitted the Jacobites against the British Hanoverian government. In an hour’s time, more than 2,000 Jacobites were killed, compared to a mere 300 deaths on the side of the British government. Because of the mass casualties and strict British impositions following the battle, Culloden is often credited with effectively ending the traditional Highland way of life.

As John R. Gold and Margaret M. Gold explain, the 1747 Act of Proscription that followed,

banned the teaching of Gaelic, the wearing of tartan, the holding of ceremonial Highland gatherings and even the playing of bagpipes in Scotland. Collectively, this legislation sought to remove the markers of a distinctive culture, abolish the feudal powers of Highland proprietors, confiscate the lands of rebel landowners, and generally merge the Highlands and Islands into the wider British economic and political realm.

Gold and Gold point out that “physical manifestations of memory,” like preserved heritage sites, festivals, museum exhibits, and battlefield reenactments, play a unique role in collecting first-hand accounts of an event and in “acquainting a new audience with aspects of the national past.” Battlefield tourism creates a special condition with “representations of the past circulating within society through active engagement.” The way Culloden has been remembered and represented has evolved from a moor with unmarked graves to a site of sacred preservation and tourism. In other words, to study Culloden is to study memory and memory-making.

In 2004, Scotland started the Culloden Memorial Project to revisit, edit, and oversee not only the preservation of the battlefield site, but also the creation of a greater historical memory of the battle narrative itself. Over time, this narrative has changed—from one told by the victors with a boastful sense of English pride, to one told by the Scots, telling of great loss and sacrifice, on the field and culturally thereafter.

This changing view is reflected over time in literature and film. With Outlander’s popularity, Scotland’s national tourist board has even developed websites dedicated to all things Outlander, including location maps and references to the Battle of Culloden, which will certainly only grow once the series features the epic battle on screen. Through heritage sites, battle reenactments, film, literature, and now the Outlander franchise, representations of Culloden continue to alter the way in which we collectively remember, re-envision, and “coconstruct” the epic battle in the present.

Editor’s Note: This post has been updated to address the nuances between parties in the Battle of Culloden.

“The Graves of the Gallant Highlanders”: Memory, Interpretation and Narratives of Culloden
By: John R. Gold and Margaret M. Gold
History and Memory, Vol. 19, No. 1 (Spring/Summer 2007), pp. 5-38
Indiana University Press 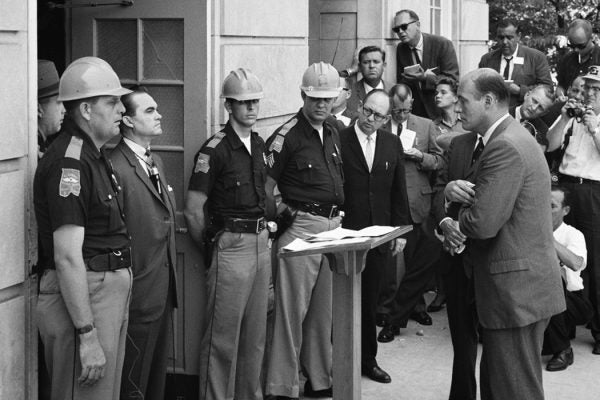 While racism in the United States is often attributed to poor whites, research suggests its political power resides in middle and wealthy suburban whites.